English artist Damien Hirst has begun burning a collection of his artwork, the culmination of a years-long non-fungible token (NFT) experiment.

Hirst burned 1,000 of his signature spotted paintings in incinerators on Oct. 11, in a live streamed event at his London gallery. The project, named “The Currency,” will see nearly 5,000 paintings with an estimated value of £10 million (around $11 million) burned by the end of October.

The experiment began back in 2016, when Hirst created 10,000 spotted paintings and offered collectors the chance to purchase corresponding NFTs. Buyers then had to choose whether to trade in the NFT for a painting, or keep the NFT and allow the physical work to be burned.

The year is over boom 💥 that was quick! and we have all had to decide: NFT or physical? The final numbers are: 5,149 physicals and 4,851 NFTs (meaning I will have to burn 4,851 corresponding physical Tenders). pic.twitter.com/xCUJ0gviZ0

There was a near even split, with 5,149 collectors choosing the physical work and 4,851 sticking with the digital token. Now, the pieces belonging to NFT-holders will be incinerated during London’s Frieze art fair.

Hirst addressed criticisms of his project in an Instagram post, where he wrote: “A lot of people think I’m burning millions of dollars but I’m not, I’m completing the transformation of these physical artworks into NFTs.” 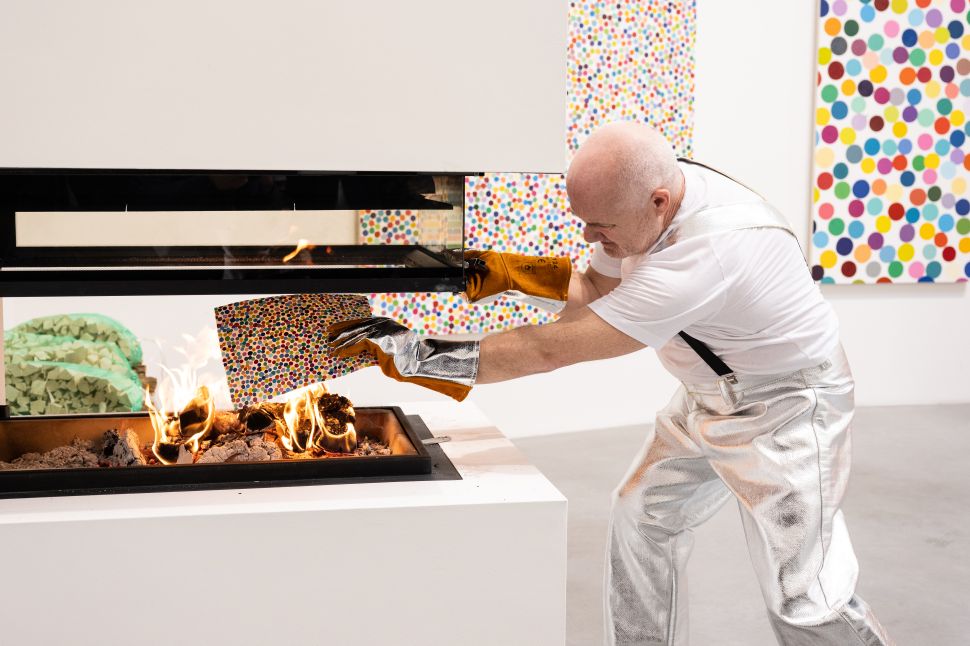