BeReal is being overrun by major social media companies, and there is little it can do about it.

BeReal, a social media startup based in France, prompts users once each day to take photos of whatever they are doing using the front and back cameras of their phones. The once-daily platform with no advertisements offers a breath of fresh air from the addictive algorithms on other platforms. It has around 10 million active users—the largest portion comes from the U.S.—and 130 employees according to its LinkedIn page. After it became popular this summer, Instagram began testing IG Candid and TikTok launched TikTok Now, both of which invite users to take a dual camera photo once each day—a clear imitation of BeReal’s innovation.

Major social media companies have been copying each other for years. Instagram and Facebook Stories were lifted from Snapchat Stories, and their Reels were inspired by TikTok. YouTube Shorts also intends to compete with TikTok.

But copying BeReal is more than just another strategic move between similarly positioned competitors. BeReal lacks the funding, audience and size to compete at the level of Instagram and TikTok, which both have more than 1 billion active users, and there is little legal recourse the underdog can take to defend its platform. For any social media startup, surviving against the giants that currently dominate the arena will be an uphill battle.

As a company based in France, BeReal must follow European laws about market competition, which make it difficult for a small company to compete with a large one, said Valérie Laure Benabou, law professor at the University of Aix-Marseille in southern France. “The challenge for startups is to live long enough to be bought by a bigger company,” she said.

Legal recourse for BeReal is unlikely

BeReal might have grounds to sue, depending on its unique intellectual property (IP) protections.

France’s law against unfair competition is difficult to trigger, and a lawsuit would have to be filed after the damage had been done. Even if BeReal successfully brought action in France, “some judges are reluctant to recognize [the law]” in favor of free competition, Benabou said.

Europe has a much stricter threshold than the U.S. for patents, which are IP protections giving exclusive rights for inventions, she said. No BeReal patent appears on any public interface, and it is not disclosed in the platform’s privacy policy, where it normally would be. BeReal could have filed a patent in the U.S. to protect itself, but it would have needed to within 12 months of releasing its technology. The company was founded in 2020, so that time has passed. BeReal declined a request for comment.

“BeReal likely didn’t have enough money for a patent, then they were operating for too long and patents no longer applied, and now it’s too late,” said lawyer Matt Miller of MG Miller, a New York-based law firm focusing on IP for small and mid-sized companies.

BeReal might be able to sue for copyright infringement, Miller said. Copyright is another IP protection automatically given to written works—code in this case—around the world. But BeReal would have to prove Instagram and TikTok copied its exact unpublished code. What more likely happened is these social media companies asked engineers to build them a proprietary code to get an end result they wanted, which they have the funds to do, he said.

While neither Snapchat nor TikTok sued when their features were copied, in the past, some small companies have succeeded against tech giants in court. ZeniMax Media, a video game company, successfully sued Meta, which owns Facebook, for $500 million last year for stealing the company’s code for its Oculus virtual reality headset. The chief technology officer of Oculus had previously been an employee at ZeniMax Media. In 2006, Apple paid Creative Labs $100 million in a settlement. Creative Labs had claimed Apple violated its patent with Apple’s iPod menu system.

If BeReal were interested in compensation for its business model and technology being copied, it would likely end with a financial agreement behind closed doors, said Miller. If a major media company saw BeReal as a threat, it could also buy the startup to remove it from the market and acquire its tech. 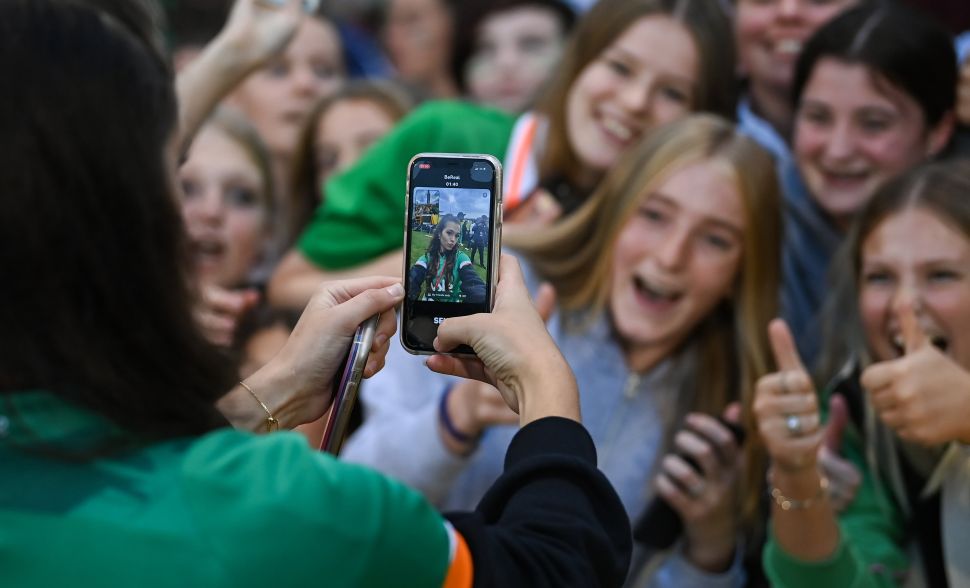