Apple had been working with YMTC for months to certify its 128-layer 3D NAND flash memory chip for use in iPhones. NAND flash memory chip is a common component in consumer electronics from smartphones to personal computers. YMTC chips are not currently used in Apple products. Apple had just completed the certification process of YMTC’s memory chips for use in iPhones when Washington announced tighter export restrictions against China earlier this month.

On Oct. 7, the Commerce Department unveiled sweeping regulations that make it difficult for U.S. companies to export semiconductors and chip-making equipment to YMTC and 30 other Chinese firms added to a trade restriction list known as the Unverified List. This list is created to prevent U.S. technology from being used by foreign entities for military purposes. A company is put on the list when the U.S. government cannot verify who its end users are.

Under the new rules, U.S. companies are prohibited from sharing any design, technologies, documents or specifications to companies on the Unverified List without a special license. Those named on the list are given 60 days to allow U.S. officials to conduct on-site checks. Failing to do that will result them being added to the Commerce Department’s Entity List, a trade blacklist that bans any export from American firms.

YMTC, founded in 2016, is China’s largest manufacturer of advanced memory chips. Its 128-layer NAND chips, although still one or two generations behind those of market leaders like Samsung and Micron, are up to 20 percent cheaper than those of competitors thanks to government subsidies, according to Nikkei Asia.

Losing the partnership could be a blow to Apple’s manufacturing costs. Apple currently sources memory chips from Samsung and Micron, according to its supplier list. It began talks with YMTC in 2018 in search of more cost-effective memory chips. It’s unclear whether Apple was looking to solely buy those chips from YMTC. Apple didn’t immediately respond to an inquiry for comment.

YMTC is also under a Commerce Department investigation over whether it violated U.S. export rules by selling chips to Chinese smartphone maker Huawei, which is on the agency’s Entity List.

Apple’s global supply chain is caught up in U.S.-China decoupling

Apple assembles the vast majority of iPhones, iPads and Mac computers in mainland China through suppliers like Foxconn. Escalated geopolitical tensions and domestic turmoil in China this year has forced the California giant to reassess its supply chain.

In April, Apple moved some of its iPhone assembly line to India in the wake of widespread Covid lockdowns in China that forced factories to halt production.

Kuo estimate that, in three to five years, Apple products sold in the U.S., which account for about 30 percent of its global sales, can be supplied entirely by non-Chinese factories. In the longer run, China could devolve from Apple’s world factory to a regional supplier to serve only the Chinese market, he added in another tweet. 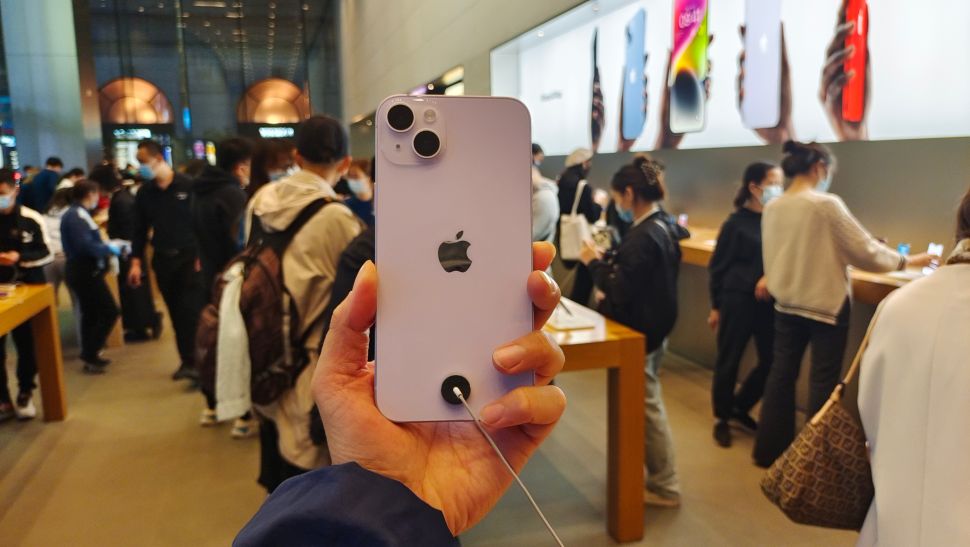