Tomato soup was thrown at Schwarzman’s luxury apartment building, located at 740 Park Ave, while demonstrators brandishing pitchforks blocked the building’s entrance and chanted “Billionaires have got to go.” The protestors, some of whom wore masks concealing their faces, also held a mock ‘eat the rich’ dinner, kneeling next to a table loaded with food.

Blackstone did not respond to immediate requests for comment.

“If we tax the rich, maybe we won’t have to eat them”. #OccupyParkAve pic.twitter.com/2CA0uT3yT4

The protesters belong to New York Communities for Change, an environmental advocacy group. Eight people were arrested at the demonstration, according to Alice Hu, a climate campaigner for the organization.

“Blackstone is notorious for being a massive funder of climate fuels,” said Hu. More than half of Blackstone-backed energy companies have invested in fossil fuels, according to a recent analysis from the Private Equity Stakeholder Project and Americans for Financial Reform Education Fund. And power plants funded by the private equity firm produced 18.1 million metric tons of carbon dioxide emissions in 2020, equivalent to the annual emissions of nearly 4 million gas-powered vehicles.

Schwarzman was also targeted because of Blackstone’s role in fueling the housing crisis, said Hu. In 2019, the United Nations accused the firm of inflating rents and imposing heavy fees for tenants after purchasing hundreds of thousands of homes around the world, including those left empty after the 2008 financial crisis. At the time, Blackstone disputed the UN’s claims.

Schwarzman, who is reportedly worth $29 billion, is known for his lavish birthday parties and a $100 million donation to New York’s public library system. He was also previously chairman of Donald Trump’s Strategic and Policy Forum, a now-defunct forum made up of business leaders.

New York Communities for Change was inspired by recent European climate protests in museums, according to Hu, such as a recent incident where tomato soup was thrown at a Vincent Van Gogh painting in London’s National Gallery. “We’re grateful to them for opening for the conversation,” she said.

However, the group decided to directly protest against individuals like Schwarzman instead of artwork, said Hu, in order to appeal to individuals who agree with climate protesters messages but dislike their methods of using famed artwork as the means. “We want to give the opportunity for folks to actually target the people driving this issue,” she said.

Today’s demonstration is the latest in a week-long ‘Occupy Park Ave’ protest from New York Communities for Change, focused on calling out corporate greed driving climate crises, according to Hu, who says more disruption is scheduled to come. Some of the week’s protests have included interrupting a live taping of ‘the View’, and dumping coal in the lobby of financial investment firm BlackRock.

Update: This story has been updated to include information on arrests. 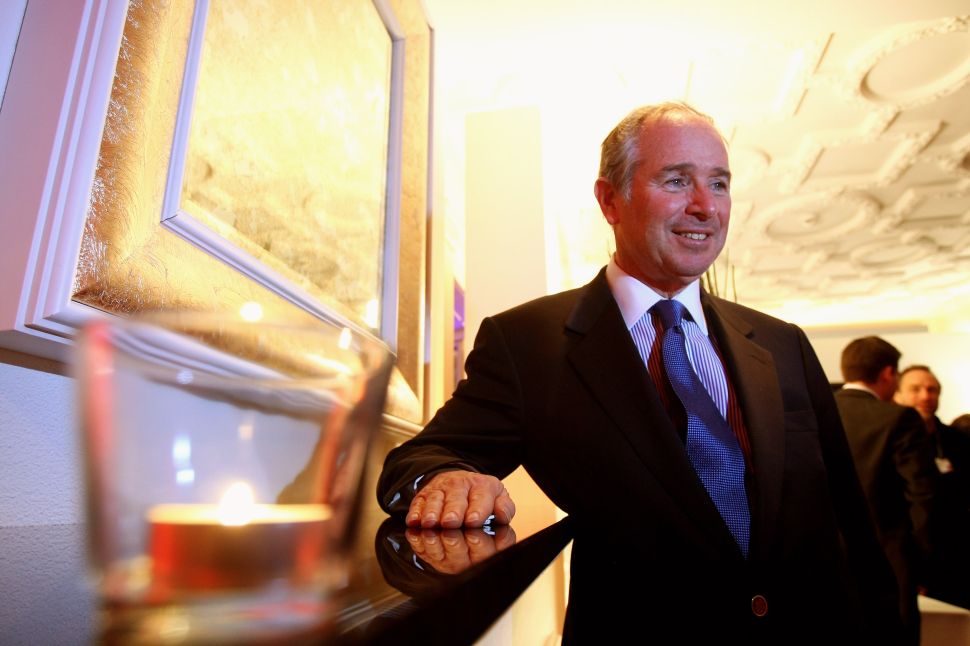