Caesars Entertainment and developer SL Green have announced a joint bid for a casino located in New York’s Times Square.

The casino would be located in 1515 Broadway, a skyscraper owned by SL Green, according to a press release, and would include a Broadway Theater for The Lion King. The companies claim their proposal will also be accompanied by significant investments in security, traffic and mass transit.

“We believe that Times Square offers the best location for a new resort casino that can attract tourists and benefit local businesses,” said Marc Holliday, CEO of SL Green, in a statement. “Our approach will ensure that under-represented communities benefit both in terms of employment and investment opportunities.”

The proposed casino, which would be know as Caesars Palace Times Square, would be able to open earlier than other facilities because it would only require renovations instead of entirely new construction, according to Holliday.

While there are three casino licenses on the horizon for the New York City area, two of these will likely go towards pre-established racinos in Queens and Yonkers. A number of gambling operators and real estate developers are looking to secure the final license, but up until now, the only other public bid has come from Wynn Resorts and Related Companies, who are pursuing a casino license for Hudson Yards. 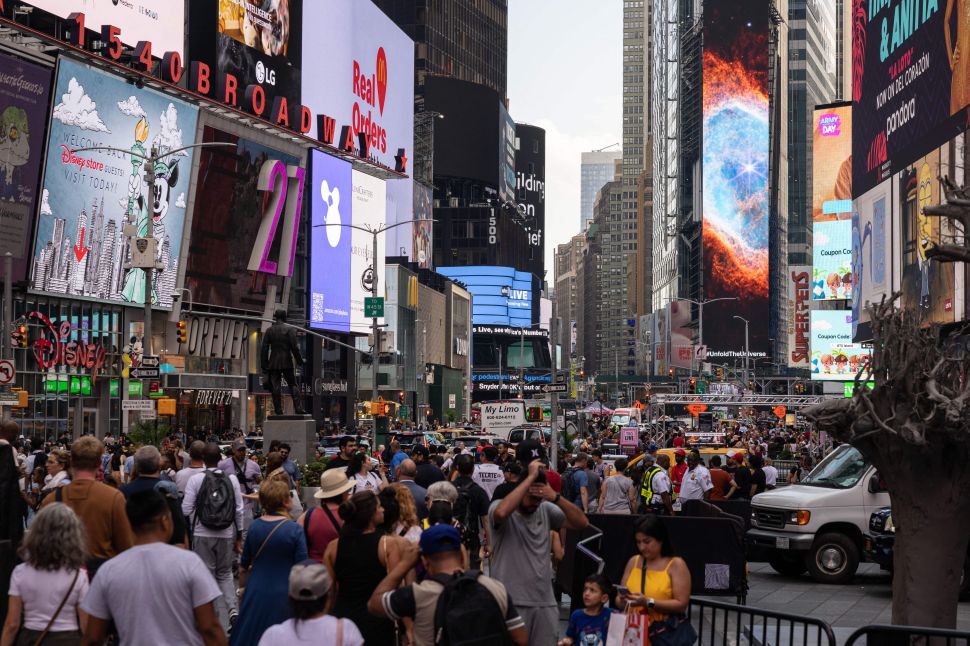