As the development of a New York City casino inches closer towards reality, the race is on to secure a license.

New York state voters authorized the creation of seven casinos in 2013, and four upstate facilities opened in the first phase. Now the second phase is underway, and licenses for three casinos in the New York City area will soon be open for bidding.

A casino in the U.S.’s most populated city will have access to a metropolitan area with 20 million residents, in addition to the tens of millions of tourists visiting New York City annually. Operators who win one of the three licenses will be capturing gambling revenue which previously went to casinos located outside the New York area, such as New Jersey’s Atlantic City and Foxwoods and Mohegan Sun in Connecticut.

The New York City area already has two gambling facilities known as racinos, horse racetracks that also operate slot machines and other electronic games. The Malaysian-based casino developer Genting operates the Resorts World facility at the Aqueduct Racetrack in Queens, while MGM Resorts controls the Empire City racino in Yonkers, located in Westchester county. Barring any unforeseen actions, these locations are most likely to receive two of the three casino licenses, according to Gary Pretlow, a member of the New York State Assembly and  co-chair of the Committee on Racing and Gaming. And as pre-established facilities, it won’t take long after being licensed for them to begin operating as casinos.

“It’s really the one license, the other two are spoken for,” said Alan Woinski, CEO of Gaming USA Corporation, gambling consulting firm. “It’s going to be a bloody battle.”

Gambling operators will need to select a partner with New York influence, said Woinski, preferably one with name recognition who will be embraced by the city. While many of the potential bidders have been generous donors to city officials or belong to beloved New York franchises, license proposals from those with significant involvement in Republican causes could potentially see hurdles in winning over key decision-makers in the heavily Democratic city and state.

On Oct. 3, the State Gaming Commission announced members of the Gaming Facility Location Board, who will now have 90 days to solicit proposals from casino developers interested in one of the three licenses. But before the board approves proposals, applications must be accepted by two-thirds of local community advisory committees, created to gauge local support for bids. These boards will have members appointed by Governor Kathy Hochul, Mayor Eric Adams and the applicable borough president, city council member, state senator and assembly member.

“My best educated guess would be that bids are accepted by the end of the year, and early next year there’s a declaration of who got the licenses,” said State Senator Joseph Addabbo, chair of the Senate Racing, Gaming and Wagering Committee.

The new casinos will pay a minimum 25 percent tax on slots and at least 10 percent tax on gross gaming revenue, said Pretlow. And license fees, which are starting at a $500 million minimum, could potentially get bid up to nearly $1 billion for the right to operate a casino in New York City, he said.

With just one casino up for grabs, here are the major players:

Nevada-based Wynn Resorts and real estate developer Related teamed up in September to announce their intention to pursue a casino license for Hudson Yards, on Manhattan’s far West Side, in what was the first public announcement of an intended bid. Related, founded by billionaire and Miami Dolphins owner Stephen Ross. Wynn, founder of the Mirage and eponymous Wynn casinos, has a long track record in Atlantic City, Las Vegas and Macao but recently has been accused of lobbying on behalf of China by the Justice Department. Meanwhile, Related’s CEO Jeff Blau, who told Bloomberg the partnership was a “perfect pair,” has donated at least $400,000 to New York state office candidates since 2001, while Ross last November gave nearly $70,000 to Hochul’s campaign.

Casino operator Hard Rock, owned by Florida’s Seminole tribe, is reportedly interested in three potential casino locations in Manhattan. A recent email sent by a Hard Rock executive to his team referenced preparations “for the final stretch of our process for the third New York City casino license.” Donors associated with Hard Rock have given Hochul’s campaign more than $100,000 so far in 2022.

Casino and resort company Las Vegas Sands, founded by late Republican donor Sheldon Adelson, is another contender, according to Woinski, who believes the remaining casino license will be the site of a “three-horse race” between operators Wynn, Hard Rock and Sands, which owns the Venetian casinos. “Las Vegas Sands has a track record in Las Vegas and Singapore of building integrated resorts, that’s probably what New York is looking for,” said Woinski.

Soo Kim, Bally’s Chairman, has publicly announced his interest in pursuing a New York license. However, Woinski believes the operator will have its hands full with the implementation of a new facility in Chicago.

Steven Cohen, owner of the New York Mets and former founder of the S.A.C. Capital hedge fund, has expressed interest in developing a casino near Met stadium Citi Field in Queens. While Cohen has had talks with Las Vegas Sands, Hard Rock is reportedly the front runner to partner with him. Cohen’s influence and name recognition could push him towards being a frontrunner, according to Woinski. He also has close ties with Mayor Eric Adams, having contributed $1.5 million to a political action committee created to support Adams’ 2021 mayoral campaign.

Billionaire John Catsimatidis, the CEO of Gristedes Foods and former Republican gubernatorial candidate, has announced his desire to build a casino in Coney Island.

Marc Holliday, CEO of Commercial real estate company SL Green, is allegedly interested in partnering with Hard Rock for a Times Square casino located in an SL Green skyscraper. In an earnings call earlier this year, Holliday said Times Square would likely be the most globally accepted area for a casino.

Finally, real estate developer Vornado is also eyeing Times Square, with chairman Steven Roth — an economic advisor to Donald Trump during his 2016 campaign — interested in a location near Herald Square.

“The overall proposal will be more important than who the developer is,” said Woinski, who believes the third casino license will be granted to a proposal with significant financial backing, the involvement of influential New York figures and the inclusion of an integrated resort alongside the casino. “The third license has to be the most magnificent,” he said.

However, Woinski still believes the remaining license is anyone’s game. “At least 50 percent of the time, the winner is someone you just don’t expect.” 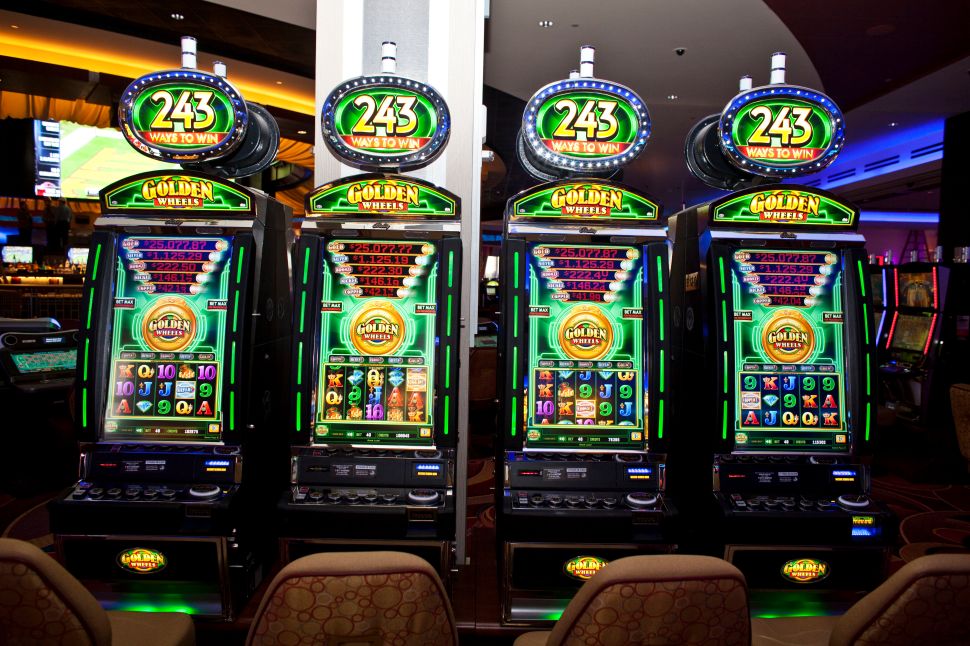