At the beginning and the very end of the 60th New York Film Festival, Alice Tully Hall was praised as a place where childhood dreams come true. Writer-director Noah Baumbach invoked the idea first, describing his euphoria on learning his film White Noise had been picked to fill the festival’s opening might attraction slot. Then, on October 14th, a writer-director wearing the name of Elegance Bratton voiced a similar sentiment when his film The Inspection was chosen to close the festival.

Both filmmakers had had boyhood brushes with the New York Film Festival, and the treats that they had discovered and devoured there strongly influenced what they would do with their lives.

“I’ve been aware of this festival since I was a very small child,” Bratton said. “And when I got to film school, that awareness turned to a mission—like, if you really want to make it, you gotta play the New York Film Festival. Otherwise, it doesn’t matter. What this festival has done the past 60 years to broaden the conversation about what is cinema and who gets to make it—men, women, people of color, queer people. My favorite filmmaker, Pedro Almodovar, closed the festival last year. He’s the director friend I have in my head that I talk to. For me, to have my first feature film be invited into what I consider the most hallowed space for film in the world and be part of this 60-year legacy—I don’t know how many Black gay men have held the closing spot, so I am going to assume that I’m the first, until someone tells me different. Suffice to say, it’s a dream come true.”

The Inspection being autobiographical, gay identity drives the story. Bratton’s story, in brief, is that his mother had him at the age of 16, and, when he reached 16, she kicked him out of the house for being gay and onto the streets of Phillipsburg, NJ, where he existed homeless for a decade.

Taking his life in his hands and reversing his downward trajectory, Bratton decided to win back his mother’s love and do it the hardest way possible: by joining the Marine Corps. He’d endure any trial for her validation, and, along the way, he learned how to respect himself through surviving the trial of a brutalizing boot camp. “When I was homeless,” he admitted, “I said a prayer for that.”

To represent the complex, sadly out-of-synch mother-son relationship that is central to the film, Bratton cast Gabrielle Union and Jeremy Pope. “Immediately after reading the script, I wanted to protect him,” Pope remembered. He connected with Bratton by Zoom. “We talked about what it means to be artists, what it means to be Black queer men in this world and kinda how we can be of service as artists.

“I was very moved by his spirit and his energy. I knew by him making this film it would come at a cost. There’s something vulnerable that happens when you share a piece as special and personal as this. It’s one of those things when you give something away like this you can’t get it back, so I knew that my job in working with him was to be a vessel for him, to be a vessel for something bigger because he was finally dealing with this process.”

Gabrielle Union was lured into the project as a producer, and she started pondering what actresses could play such a mean-spirited mother. “No. We want you to play the mother,” Bratton told her. She was taken aback by the suggestion. “‘What have I ever given off that would make you think I could even come close to playing such a homophobic mother?’” she wondered loudly.

But he won her over. “He saw something in me and had confidence in me no one has ever had. I didn’t have it myself. He said, ‘Only you can play this.’ But I had to figure out a way in. Normally, I judge the characters I play and make fun of them acting on that judgment. With this character, I had to respectfully enter with care and compassion, find her humanity and meet her somewhere in the middle—figure out where that common ground was. Before she was a mother, she was a person with hopes and dreams, and she got sold a bill of goods like we all get sold a bill of goods. You center the needs of someone who wouldn’t spit in your direction if you were on fire.

“As some of you may know, I have a trans child, and we do this work every day. We do the work of keeping our children alive and loved and seen. My husband and I are always being confronted with parents who said, ‘I don’t know how to love my children.’ All that is such a foreign concept to me. That’s not my history. I never know what to say to people like that. And now through this excavation—the deep dive into who she was before she got to this point to try to find that humanity—I have the tools to reach more parents who don’t know how to love their kids.”

The person Bratton credits with keeping him on the relatively straight-and-narrow is his producer (and life partner), Chester Algernal Gordon. “He told me, ‘You have to be vulnerable in this process. You cannot be afraid to show people your truth.’ I understood that I couldn’t be protected. As far as journeys are concerned, we are living in a time in which one out of two Black men are projected to get HIV in their lifetime, and queer kids—especially Black queer kids—are eight times more likely to commit suicide and eight times more likely to be homeless.”

The Inspection, Gordon added, “is a more composed, traditional Full Metal Jacket/Jarhead militaristic film. The intention behind those choices was to suggest the shaky ground queer service persons have stood on for those 80 years when it was illegal to be out queer in uniform. In doing so, we’re drawing you into the emotional turmoil of a queer person in this hyper-masculine space and also spreading that turmoil to the other troops. Every man at boot camp has a standard of masculinity that is impossible and ephemeral, unable to truly be achieved, so this style really was able to start with that queer point of view and suggest how it’s more universal than you’d think.”

Bratton’s eureka moment occurred after he had served as a combat camera production specialist in Hawaii and moved back to New York. His mother needed convincing, he said. “She was, like, ‘Oh, you’re a cameraman now? Why don’t you go film your sister’s elementary-school graduation and show me what kind of movies you’re going to make?’ So I went out, bought a camera, bought a computer and went to my little sister’s graduation. When I arrived there, none of her classmates even knew she had a brother. In that moment, I was incensed. I felt like I’d been erased. The things that I had gone through was only me going through. My family wasn’t trying to figure out how to get back to me the way I was trying to figure out how to get back to them. And I swore in that moment I’m going to be a filmmaker. You’re not gonna be able to escape my name.”

The Inspection is dedicated to Bratton’s mother, who died during its filming. 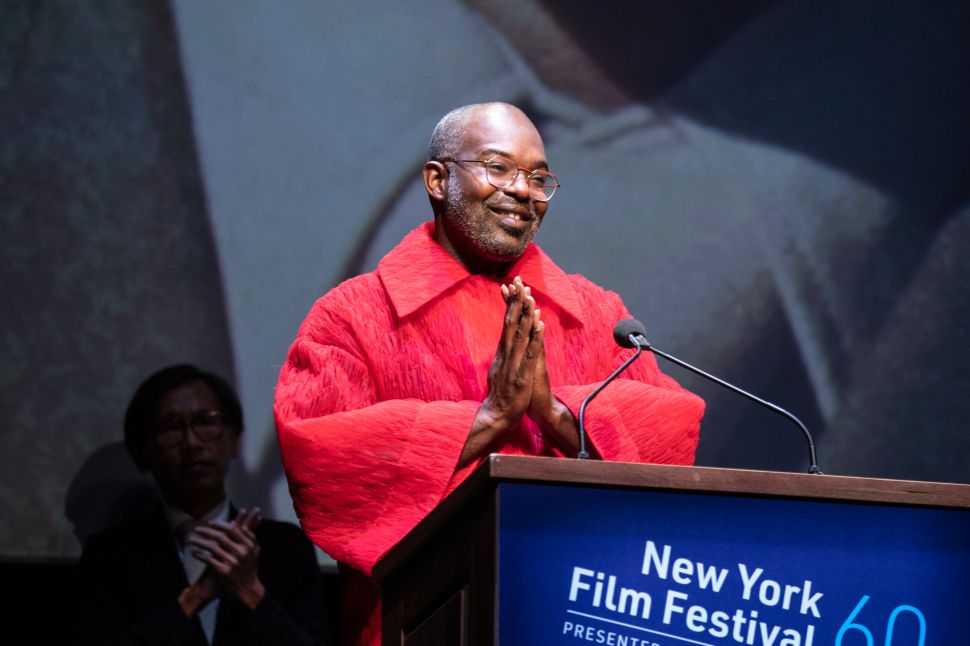