Tesla CEO Elon Musk said the electric carmaker could grow to be the world’s most valuable company.

“I see a potential path with Tesla worth more than Apple and Saudi Aramco combined,” Musk said during a call with investors on Oct. 19 following Tesla’s third-quarter earnings release. Apple and Saudi Aramco are currently the world’s two most valuable companies, worth $2.3 trillion and $2.1 trillion respectively. Per Musk’s claim, Tesla could be worth more than $4.4 trillion one day, nearly seven times its current market cap.

Musk clarified it won’t be an easy target. “In fact, I think it will be very difficult,” he said. “It will require a lot of work, some very creative new products, manage expansion, and always luck.”

Tesla has been investing heavily to grow its product lineup in recent years, but electric cars still make up the vast majority of the company’s sales. New products under development include a battery pack, a robotaxi platform and an electric pickup truck called Cybertruck, which Musk said is “in the final lap” of development. 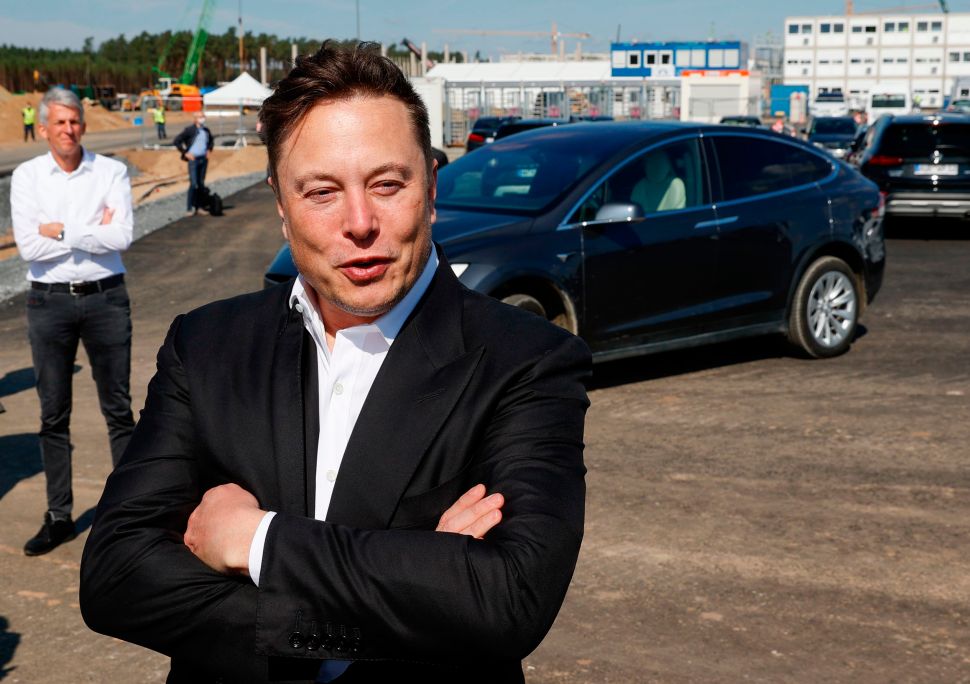