Elon Musk claims he regularly works 80 to 100 hours a week across at least four companies where he holds various leadership roles. The busy billionaire is about to add another big name to his business empire: Twitter. Suddenly owning a company with more than 7,000 employees will further stretch Musk’s already thinly spread attention and raises the inevitable question: How can he run so many companies at the same time?

Musk said on Oct. 4 he would go through with the $44 billion acquisition of Twitter, despite months of trying to back out from the deal. The news sent Twitter stock to jump more than 20 percent until exchanges halted trading to limit volatility. In contrast, Tesla investors were not so thrilled. The electric carmaker’s stock slid more than 4 percent on Oct. 4 and is down nearly 7 percent since the news, while the broader stock market rose.

The selloff might reflect investor worry that Musk will sell large chunks of Tesla shares to fund the Twitter purchase. (He has already unloaded about $8 billion of Tesla shares since signing the deal in April and will need to sell billions more under his latest financing plan.) It’s also “a classic example of diversification discount,” said Tammy Madsen, a management professor at Santa Clara University, meaning that “investors are skeptical about what business value the acquisition of Twitter will bring to Tesla.”

It’s not uncommon for an entrepreneur to own and run multiple companies, but it’s a management risk when a hands-on manager like Musk runs many companies in unrelated businesses and operating under different strategies.

Musk is CEO of at least three companies

Besides Tesla, Musk is also the CEO, chief technology officer and chief designer of SpaceX, a rocket and satellite manufacturer, and the CEO of The Boring Company, a tunneling company. In addition, he is the cofounder of Neuralink, a biotech startup developing a brain implant for humans. Neuralink’s latest SEC filing in August 2021 listed Musk as an executive officer and Jared Birchall, Musk’s personal money manager, as a director. All these three companies are privately held.

Musk is associated with at least eight other companies, according to the New York Times, including Wyoming Steel, a holding company through which he manages real estate.

Musk doesn’t have any experience running a social media company, yet he has big ideas for Twitter’s future. In a tweet on Oct. 5, he said buying Twitter is the start of creating an “everything app” like China’s WeChat that allows users to basically live on the platform. One of his first jobs once the merger completes could be looking for a new CEO, or taking the role himself, after expressing discontent with Twitter’s current CEO, Parag Agrawal.

“A big question with Musk’s Twitter acquisition is how much managerial hubris is involved,” said Madsen. Managerial hubris is a term describing an unrealistic belief held by a manager that they can run the firm they are acquiring better than its current leadership. “In mergers and acquisitions, sometimes there are many personal motivations involved that are not necessarily business related,” Madsen said. Falling Tesla stock could be a signal that investors think Musk has let his pride get in the way and overpaid for Twitter, she added. 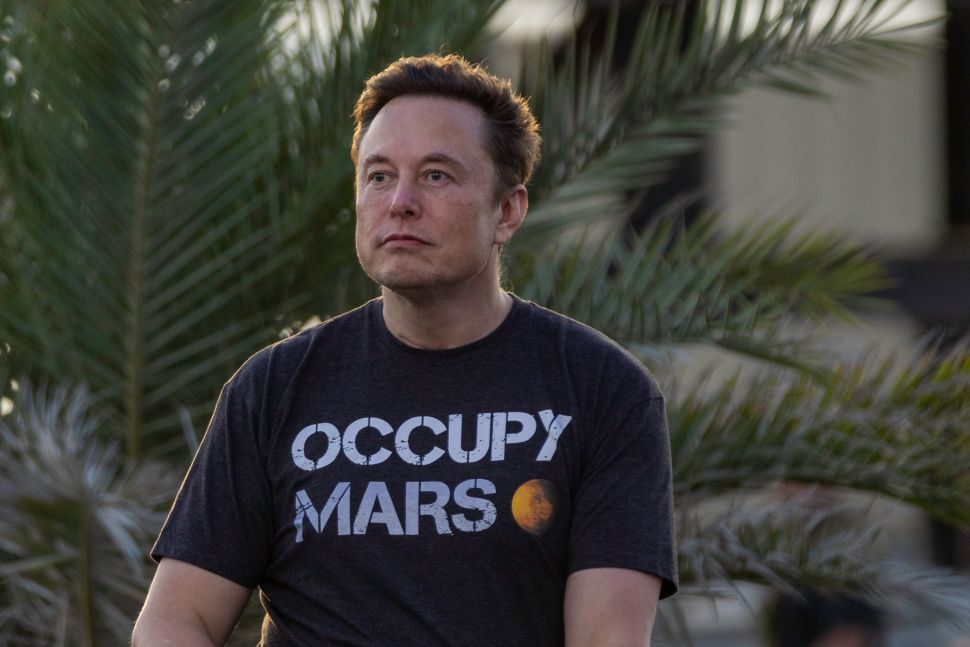