Guantanamo detainees are urging President Joe Biden to free the artwork they created inside the military prison. In an open letter, eight former prisoners called on the Biden administration to overturn a Trump-era policy which banned prisoner-made-art from leaving the camp.

“Each painting holds moments of our lives, secrets, tears, pain, and hope. Our artworks are part of ourselves,” reads the letter, signed in solidarity by cultural figures such as musician Roger Waters and artist Molly Crabapple. “We are still not free while parts of us are imprisoned at Guantanamo.”

Even before art materials were accessible at Guantanamo, detainees were creating art, according to Erin Thompson, an art historian and professor at John Jay College of Criminal Justice. “They started making art basically as soon as they arrived, out of everything they could.” Styrofoam cups were carved with drawings, poetry written on toilet paper, walls painted with soap. “It was all confiscated,” said Thompson.

But in 2010, after former President Barack Obama failed to close down Guantanamo as previously promised, art classes and materials were introduced to improve the quality of life at the detention center. “You have to understand that what we got wasn’t just paper, pens, and paints. These were our tools to connect to our memories, to our previous lives, to nature, to the world, to our families,” reads the detainees’ letter.

In October 2017, more than 30 works by Guantanamo detainees were displayed in an exhibition at John Jay College, titled Ode to the Sea and curated by Thompson. One month later, the Department of Defense announced artwork would no longer be allowed to leave Guantanamo and that it could possibly be destroyed. At the time, military officials said the artwork was the property of the Department of Defense and suggested they had concerns regarding potential sales. “Questions remain on where the money for the sales was going,” Major Ben Sakrisson, a Pentagon spokesman, told the Miami Herald.

The Department of Defense did respond to requests for comment.

“They’re releasing these men who have shown their plan for making a living, saying they can have a life elsewhere, but they’re saying they can’t take with them these artworks which have value,” said Thompson, who described the ban as “needlessly cruel.” Guantanamo-made artwork has been purchased by some high-profile names in the past, including actress Caroline Lagerfelt, Pulitzer-prize winning historian Taylor Branch and Christine Affleck, mother of actor Ben Affleck, who bought two works as a Christmas gift for her sons at $550 each. “It’s modest amounts, but it’s not nothing,” said Thompson. “Art is not just something they take pride in, but something that could help restart their lives.” At least one former Guantanamo detainee, Sabri Al-Qurashi, has pursued a career in art since his release, she said.

If approved for clearance, artwork could eventually leave the facility by being gifted to family members and lawyers. “I got a lot of my client’s art early on,” said Clive Stafford Smith, a human rights lawyer who has represented more than 80 Guantanamo detainees. In the case of artwork that wasn’t cleared to leave Guantanamo, such as works by detainee Ahmed Rabbani depicting his experiences with torture, Stafford Smith wrote detailed descriptions of each image and had them recreated on the outside.

“There is a pit, perhaps 20 feet deep, holding the prisoner. There is a grill at the top, with fluorescent lights casting a shadow down on him. A single twisted rope runs down from the center of the grill to the iron bar, suspended over the prisoner’s head. His wrists are shackled by handcuffs, spread-eagled, on the iron bar, so he can just stand on his toes to reach it. The prisoner has on a light blue t-shirt, and long, straggly black hair. All around the pit, and its square of light, is darkness,” reads one of Stafford Smith’s descriptions of a painting Rabbani created, depicting a form of torture called strappado.

“I hadn’t understood until I saw the picture,” said Stafford Smith, adding that he was later prevented from bringing these types of descriptions out of Guantanamo.

Some detainees say they won’t leave Guantanamo without their artwork

Since the policy was announced, only one detainee has been allowed to bring his artwork when leaving Guantanamo. In 2018, military officials said they waived the ban for Ahmed al Darbi after he testified against two Guantanamo prisoners.

While advocates have fought for the ban to be overturned since it was implemented, the issue once again came to the forefront when three detainee artists remaining in Guantanamo—Ahmed Rabbani, Khalid Qasim and Moath al-Alwi—were cleared for release in the past year. The three men, all of whom were held for decades without being charged, immediately began thinking about how they could bring their artwork with them once released, said Thompson.

Rabbani and Qasim have expressed interest in eventually selling their artwork, according to Stafford Smith, who represents both men. “If the U.S. government does not agree to release my artwork, I will refuse to leave Guantanamo without my artwork. The U.S. Gov has destroyed my life, my paintings are the only part left of me,” said Qasim in a statement provided by artists Aaron Hughes and Amberg Ginsburg, who co-curated Remaking The Exceptional: Tea, Torture, and Reparations, an exhibition of nearly 100 works by Guantanamo detainees on display at the DePaul Art Museum.

Public viewings of artwork humanized the men of Guantanamo, according to Alka Pradhan, a human rights attorney representing detainee Ammar al-Baluchi. “Most of the discussion was overwhelmingly sympathetic, and it didn’t make the Department of Defense look good,” she said, adding that there is no legal reason to prevent detainees who have been cleared for release and never charged with crimes from selling their artwork.

In 2018, she filed a motion before a military judge, which was later denied, asking for al-Baluchi’s artwork to be released outside Guantanamo. In addition to stating that Guantanamo-made artwork shouldn’t be censored, Pradhan argues art is not only a form of therapy but a powerful mitigation tool for defense attorneys in prosecution. “It’s something productive these men have been doing that can speak to their state of minds, or how far they’ve come,” she said. “No other prison has exerted this kind of control over detainee artwork.” 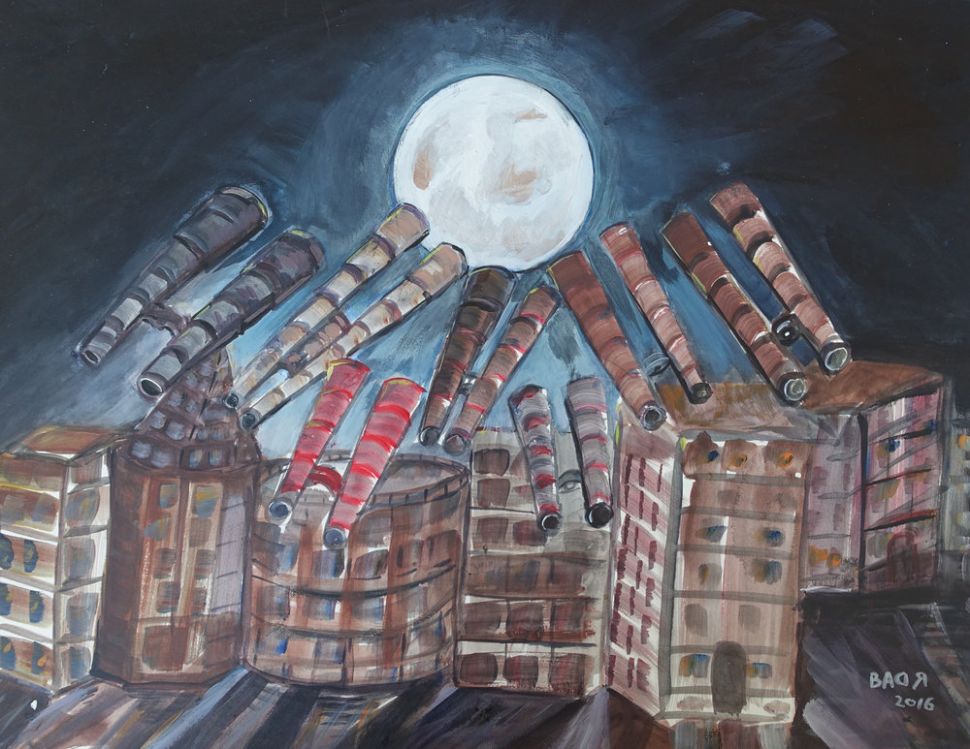