Though not strictly the original slasher movie, John Carpenter’s 1978 classic Halloween was the genre’s first smash hit, inspiring decades of imitators and a franchise that is now 13 films strong. This weekend’s Halloween Ends is touted as a finale to the series, or at least to the trilogy that studio Blumhouse and director David Gordon Green kicked off with 2018’s Halloween, itself a sequel to the first (and only the first) Halloween. If all of this reads as a bit intimidating, you may be relieved to hear that Halloween Ends actually works pretty well as its own entity, and relies sparingly on the preceding films. On the other hand, if you happen to be a horror devotee who’s mostly here for the climactic final battle between Michael Myers and the original “final girl” Laurie Strode (Jamie Lee Curtis), you might find yourself disappointed. Primarily a psychological thriller and a small town drama, Halloween Ends is more interested in exploring the themes of the series than in its lore, and that’s a good thing.

A fair warning to the spoiler-sensitive: This review is light on plot details and avoids major twists, but since the film’s marketing teases very little of what the film’s actually about, just about anything below might fit under someone’s definition of “spoilers.”

Halloween Ends begins some time after the fateful holiday that was the setting of the previous two films, Halloween and Halloween Kills. Since then, two-time (in this continuity) survivor of killing sprees by missing masked murderer Michael Myers (James Jude Courtney), has settled into an ordinary life with her orphaned granddaughter, Allyson (Andi Matichak). Laurie is writing her memoirs, actively choosing not to remain a prisoner to her fear, but it’s not always easy. There are those in town who blame her for the Myers murders, some whose loved ones weren’t as lucky (or wily) as her, and some who have co-opted the town of Haddonfield’s trauma as their own. It’s no better for Allyson, who lost both of her parents to Myers and has felt isolated and emotionally deadened ever since. Allyson finds some solace when she connects with local twentysomething Corey Cunningham (Rohan Campbell), who has been a town pariah thanks to a tragic incident in his own past. Their romance offers them both some hope of leaving Haddonfield and starting a new life where no one knows or hates them.

Unexpectedly, it’s Corey, not Laurie or Allyson or Michael, who is front and center in Halloween Ends. He drives the plot, sets the tone, and embodies the theme and central conflict. Through Corey, director David Gordon Green and co-writers Paul Brad Logan, Chris Bernier, and Danny McBride expand on the ideas explored in last year’s Halloween Kills, which posits that evil is essentially a contagious disease passed from person to person through acts of hate. Corey did not used to be a hateful person, but has become the focal point of an entire town’s collective rage, ridicule, and pity. To what degree can a person resist becoming who others believe them to be? How do internal and external evil feed back on each other? Can it ever be extinguished? Corey’s story, in which local aged badass Laurie Strode and her heartsick granddaughter play only a supporting role, makes for an engaging and suspenseful psychological thriller that could have functioned totally independently of the Halloween series, but works in concert with what’s most interesting about Green’s prior two entries. Rohan Campbell impresses as the de facto lead of this movie, itself a laudable feat considering who the top-billed star is.

The other half of the movie (it might be more accurate to say the other 40%) that brings this beloved film saga to a close is underwhelming. Needless to say, Curtis crushes it in her final turn in the role that made her a legend, but Halloween Ends never truly feels like her movie, and that’s surprising given that the likelihood that the only thing actually ending with this film is her tenure with the character. It’s not really a problem that Michael Myers is nearly excisible from this story (like many horror icons, The Shape has always been more interesting as an unknowable, unkillable idea than as a character with a backstory), but having Laurie share so much of the spotlight with a new character who is not prominent in any of the film’s promotional material is bound to ruffle the feathers of longtime fans. It’s one of the ways that Halloween Ends confounds expectations, along with its nearly bloodless first act and relatively few gnarly kills. Were you to go to see Halloween Ends without any context, however, this might not bother you at all.

It’s hard to ignore the role of marketing in the experience of watching a new film. The trailers for Halloween Ends pitch it as an event, the climax to a 44-year rivalry between two familiar horror icons, and it makes sense that Universal and Blumhouse would try to sell it that way. Michael Meyers vs. Laurie Strode is more likely to put asses in seats than Corey Cunningham and Allyson Nelson vs. the Constant Quiet Judgement of their Small Town. The latter, however, is a better movie, at least as presented in Halloween Ends. As to whether or not it makes for a satisfying capstone to the Halloween series, your mileage may vary, but let’s be real: no matter what it says on the title card, Halloween never ends. Within a decade, the seemingly lifeless body of Michael Myers will suddenly sit up once again, and fans — whether or not they enjoyed this ending — will be happy he did. 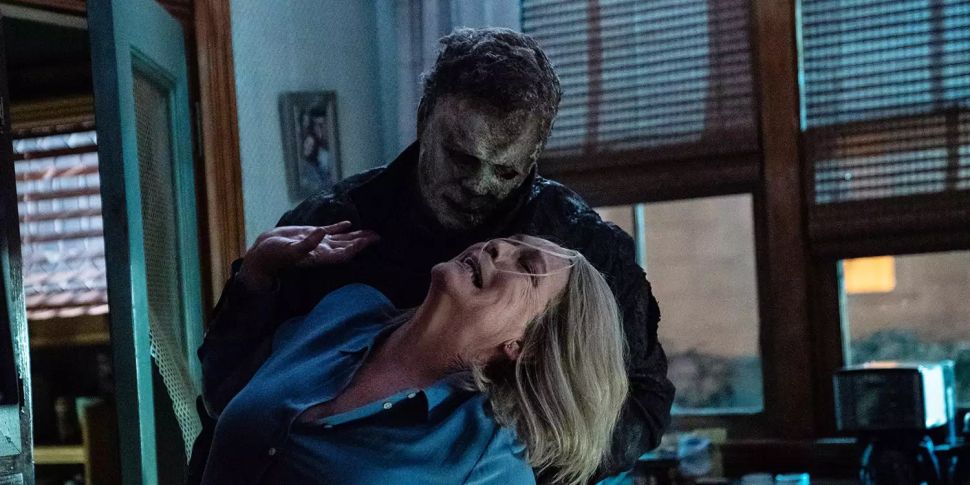