The Facebook survey looked bleak. Young adults told the company its main app was irrelevant, negative, and undifferentiated. They said it was for older people. And increasingly, they were right. The average Facebook user’s age jumped by more than five years between 2013 and 2021, opening the door for TikTok.

Now, as TikTok surges, Facebook is responding. The company’s accepted that some of its core app’s fundamentals are off. That sometimes, the most “social” interactions with “media” happen in private message threads, not feeds. And that content from friends and family, while intriguing, can pale in comparison to content suggested by AI. So Facebook is transforming itself to adapt.

“Relevance of content, or being irrelevant, or Facebook being cluttered, that’s really top of mind,” said Tom Alison, who runs the Facebook app, in an interview this week. He’ll have his work cut out for him.

Facebook came of age when discovery on the internet was limited. If you wanted to find something before Facebook, you’d generally search for it (or go to Yahoo). The company’s original innovation was to connect you with friends and family who’d share articles, images, and videos you’d find interesting. It would push you content, instead of making you look for it.

The original Facebook model had two key flaws, however: 1) After an early surge of interest, people grew tired of broadcasting, so sharing declined, and 2) The internet contained more interesting stuff than what first-degree connections recommended, making Facebook recommendations feel a bit dull.

As Facebook hit maturity, YouTube and TikTok took advantage of its flaws. They used AI to comb through billions of videos and recommend what people, personally, would find interesting. Then, when someone found something they liked, they’d share it via text—not feeds—with close friends. Many young people, coming online for the first time, skipped Facebook entirely in favor of these mediums. They also went to Instagram for content and WhatsApp for sharing, causing the “blue app” to lose its luster.

After again pushing friends and family content to the fore a few years ago, Facebook’s finally accepting the world’s moved on. It’s still going to show you stuff from people you know. But in an attempt to reinvigorate its feed, it will show you content from elsewhere more often. It’s also going to split its feed into two, with a “Home” tab of Reels and Stories taking precedence.

Facebook’s move toward recommended content acknowledges that its fundamental innovation is no longer enough. “People feel like, gosh, I’m going to open the app; I know that there’s millions or billions of people on Facebook,” said Alison. “I want to see what Facebook and this huge set of people have for me.”

Facebook also seems ready to optimize its feed differently. While it’s optimized for time spent and in-feed engagement in the past, Alison indicated that people share differently now. He seemed thrilled about the idea of people finding content they like on Facebook and discussing it, privately, in messages with their friends. “Is a post where somebody shares more valuable than a pretty in-depth discussion with a friend on a messaging thread?” Alison asked. “I’m not so sure that kind of calculation makes sense. I think people want to connect in a variety of ways.”

Facebook will thus add messaging back into its main app, hoping to inspire conversations about content people find in its feed. It’s also working to improve the quality of that content, announcing this week that people can adjust what they see in feed by marking ”show more” or “show less”. And when it measures success, Facebook isn’t only concerned about time spent, but how often people come back to its app.

The critical question for Facebook will now be whether it can keep its identity—or forge a new one—without turning into a cheap TikTok clone. It’s open.

“We haven’t completely figured out the right way to integrate short-form video,” said Alison. “It’s still a big kind of journey for us.” Getting it right will determine the future of the 2.9 billion-user app, which is facing stiffer competition by the day. 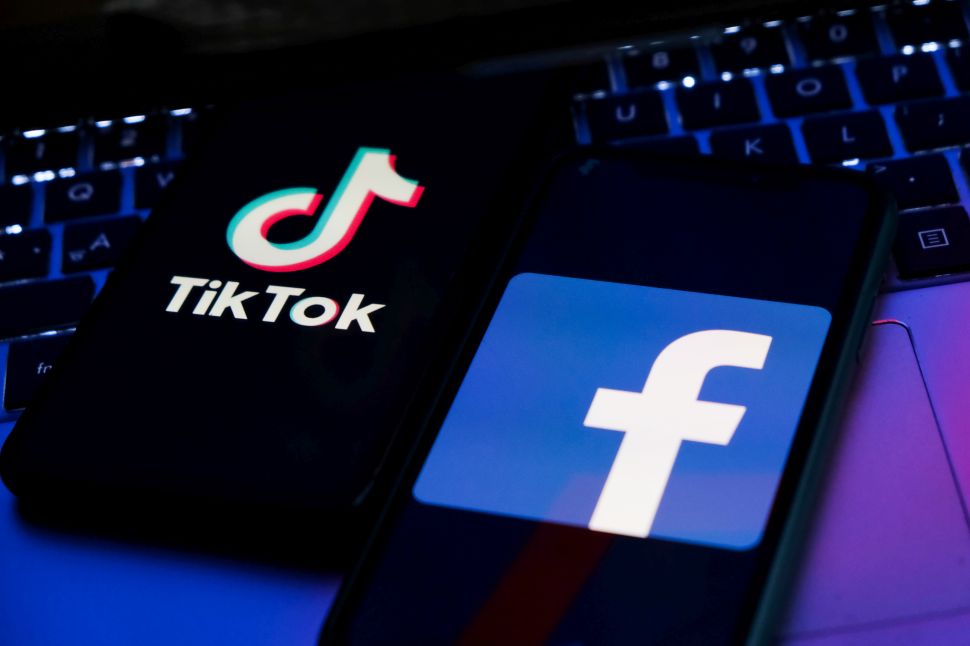