Sara Echeagaray wanted to be an actress, but with no connections in Hollywood, that dream was elusive. TikTok made it a reality.

Echeagaray, 21, grew up in McAllen, Texas, before moving to Las Vegas as a teen. Her passion for acting began in middle school when she got the lead in the school musical “Royal T. High,” a show created by her choir teacher with a similar plot to Disney’s Descendants. She started making TikTok content her senior year of high school by participating in acting challenges and showcasing her range of emotions—often performing scenes from television shows, like Euphoria, Friends and the Office.

After 10 months on TikTok, Echeagaray (pronounced eh-cheh-ah-gah-rye) racked up 300,000 followers and signed with an agent and manager who she said found her through her posts. She has now amassed a total of 7.4 million followers and scored a role in season two of Disney’s Big Shot, which is about a college basketball coach, played by John Stamos, who gets fired and then recruited to coach a girls’ high school team. Echeagaray plays Ava Navarro, a volleyball player ejected from the sport after an outburst who then turns to basketball. The show premieres Oct. 12 on Disney+.

High-profile TikTokers have increasingly been eyed for the roles movie stars once dominated, including as characters in television shows and sponsors for beauty and fashion campaigns. Addison Rae played the lead role in the 2021 movie He’s All That, and Charli D’Amelio has been cast as the lead in Home School, a movie expected to premiere next year. Designers even reserved front-row seats at New York Fashion Week for TikTok influencers. The social platform has also created a space for users to market themselves and a network for talent scouts to find them.

Why did you start a TikTok?

I was a huge theater nerd growing up in Texas, but when I moved to Vegas, I decided to be homeschooled since it was my last year of high school. There’s no theater in homeschool. Shocker. I felt so deprived. All of my friends back home were sending me stuff on TikTok. And I was like, “What is this?” Since I love acting, I would take clips from movies or TV shows and I’d reenact them as every character dressed up in different costumes. That was my outlet—something to be creative, because I was stuck in this one-bedroom apartment in Vegas. I was a little bit depressed, so that got me out of a dark point in my life.

How did this all translate into now acting on a Disney+ show?

I’ve catered to this niche where I was “the girl that acts on TikTok.” Because of that, I found my manager, and he was connected with WME, who is my current agency still. They were able to get me into audition rooms and acting classes—I was so used to theater which is way more dramatic than film. But TikTok also helped me because my audience would give me tips, so I was able to practice while posting on TikTok. And it all started because I was posting acting stuff. I never had the money or connections to pursue it at this speed, and it happened so tremendously fast.

Could you tell me about your experience filming Big Shot?

For the most part, I was like, “I can’t believe I’m acting with Uncle Jesse—John Stamos.” I grew up watching him on Full House, so going on set and seeing such seasoned actors was insane. I was nervous right off the bat because I felt like the new kid in school. Everyone had established friendships, and here I was coming into all of this blindsided. But everyone welcomed me with open arms. And I see my acting getting better progressively through the episodes. Working with all these people really just rubbed off amazing acting skills on me.

Who is your primary audience on TikTok?

I believe it’s a majority of people who want bite-sized pieces of entertainment or people who want to become actors or actresses themselves and are trying to see acting challenges or how to cry in 10 seconds.

Do you have any advice for someone who doesn’t have resources but who is also interested in acting?

I guess the most blatantly obvious one is—not necessarily to follow in my footsteps—but I definitely think you should start posting on TikTok, because you never know who is scrolling through the “For You” page. I just so happened to have my agency and my manager watching me, and that’s how they became interested.

And what’s next for you?

As of now, I’m really trying to connect with my audience. I just finished up a project with Big Shot, and I’m so excited for that to come out. I am doing a lot of YouTube videos, streaming on Twitch and posting on TikTok. I am doing a bunch of auditions, and fingers crossed overall. 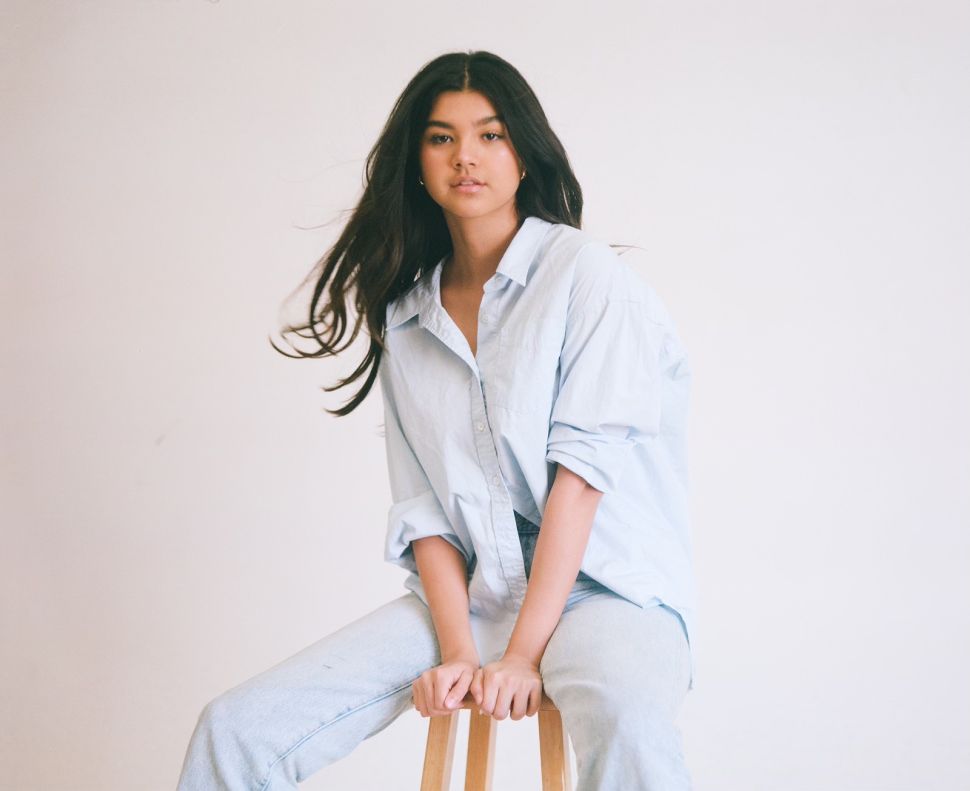