Intel CEO Pat Gelsinger believes a rebalancing of the global supply chain of semiconductors is critical as geopolitical tensions escalate between the U.S. and China and envisions a near future of chip manufacturing gradually shifting toward Western countries.

Earlier this month, the U.S. Commerce Department imposed new restrictions on the export of advanced semiconductors and chip-making equipment to China, shocking U.S. tech companies that have chip suppliers in China. The government’s move is “geopolitically inevitable,” Gelsinger said during an onstage interview at The Wall Street Journal’s Tech Live conference on Oct. 24. “That’s why the rebalancing of supply chains is so critical.”

Intel has one chip plant, commonly referred to as fab (standing for semiconductor fabrication site) in China’s northeast Dongbei province and two assembly sites in the country’s southwest Sichuan province. The company is in the process of transferring its chip manufacturing in Dongbei to South Korea.

Currently, more than 80 percent of the world’s semiconductors are produced in Asia, primarily China, Taiwan and Korea. Gelsinger said the industry’s goal by 2030 is to boost the share of chip manufacturing in the U.S. to 30 percent, with Asia taking 50 percent and Europe the remaining 20 percent.

“Where the oil reserves are defined geopolitics for the last five decades. Where the fabs are for the next five decades is more important,” Gelsinger said at yesterday’s event.

Since taking the helm of Intel in January 2021, Gelsinger has made more than $100 billion in investment pledges over the next decade to build factories in Ohio and Europe to produce some of its most cutting-edge processors. 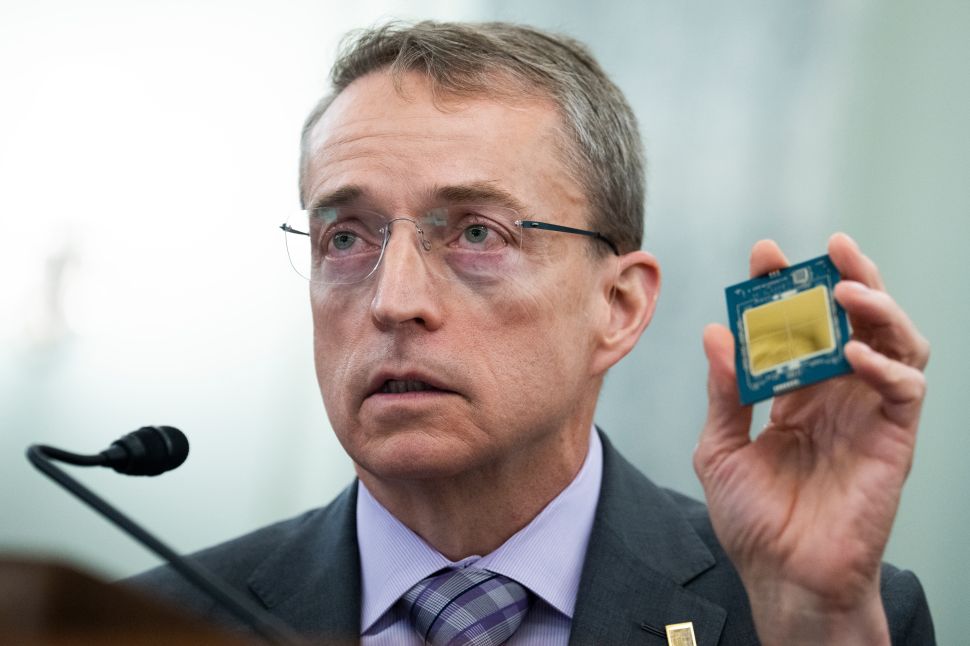