Kanye West, the rapper who now goes by Ye, will acquire Parler, the alt-right social media platform. The deal is expected to close within the next few months.

Ye had his Twitter and Instagram accounts restricted this month for posting anti-Semitic content. He had been temporarily banned from the platforms in the past for sharing a post containing a racial epithet and tweeting the phone number of Randall Lane, a Forbes editor.

Parler was created in 2018 by a pair of friends from the University of Denver and has 16 million users. The platform acts as an alternative to Twitter, but with much less content restriction. Content can include anti-Semitic hate speech, QAnon conspiracy theories and 2020 election fraud discussion. Parler competes with other platforms promising free speech to the right wing, including Gab, Gettr and Donald Trump-owned Truth Social. Ye is a public supporter of Trump.

Ye has made various controversial claims during his two decades in the limelight, including saying slavery was “a choice” and the #MeToo movement was a form of “1984 mind-control,” referring to George Orwell’s novel about government surveillance. The rapper, a Black man who is worth $2 billion, was also criticized on social media this month for dressing models in a T-shirt that read “White Lives Matter,” which he also wore, at a fashion show at Paris Fashion Week.

One beneficiary of Ye’s Parler acquisition could be Candace Owens, a conservative influencer and activist and the wife of Parler CEO George Farmer. Owens is a new friend of Ye. Owens and Ye have reciprocally supported each other in the media, including Owens defending Ye after his anti-Semitic Tweets by saying an “honest person” wouldn’t see Ye’s statements as hateful. She also wore Ye’s “White Lives Matter” shirt at the Paris fashion show. Parler receives notably less monthly visits than its competitors according to SimilarWeb, and some Twitter users are speculating Owens convinced Ye to purchase her husband’s platform. 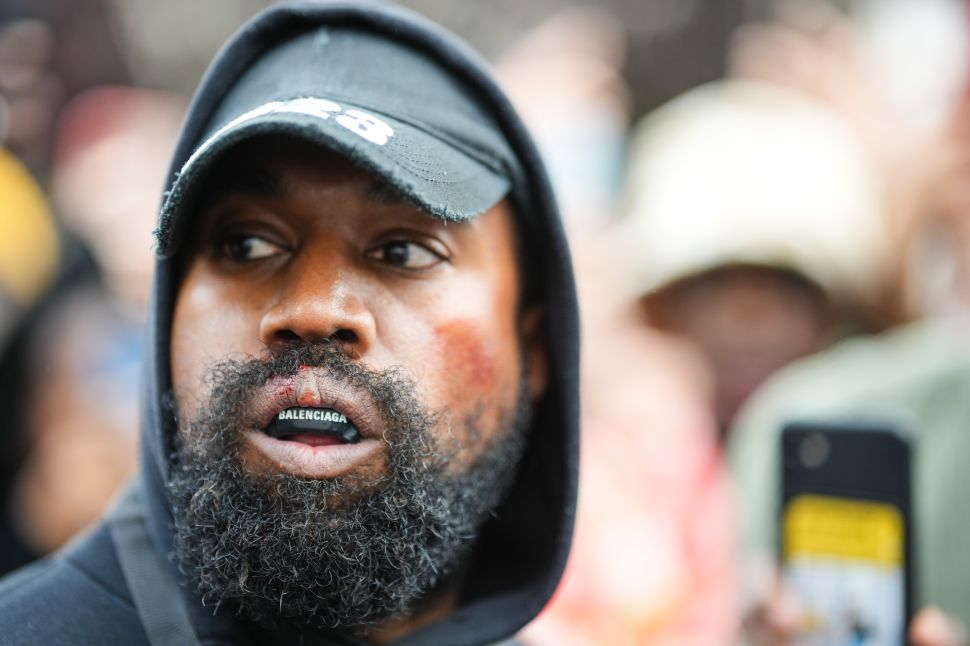