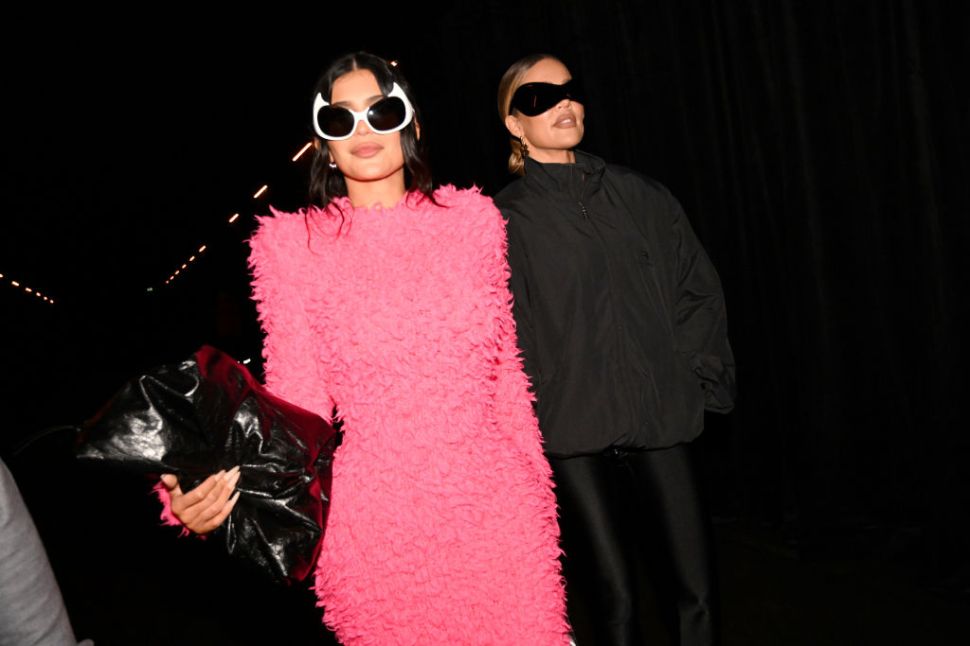 The stylish whirlwind that is fashion month is coming to an end, and right now, all eyes are on the final shows of Paris Fashion Week. There’s no shortage of stunning style moments in the French city right now, as those who receive coveted invitations to attend and sit front row at the designer presentations and shows don their sartorial best. Kylie Jenner is going all out with her Parisian wardrobe this year, with the makeup mogul sporting statement-making ensembles ranging from a fuzzy pink floor-length dress at Balenciaga to a pants-less look for the Loewe show.

Jenner has definitely gone for more experimental and daring outfits this Paris Fashion Week, starting out with the slinky long-sleeved white gown with caped sleeves she wore to the Acne show, which she accessorized with bold, almost bug-like, white-framed sunglasses and futuristic spiky white earrings. It’s giving a Princess Leia vibe—in a good way, though! 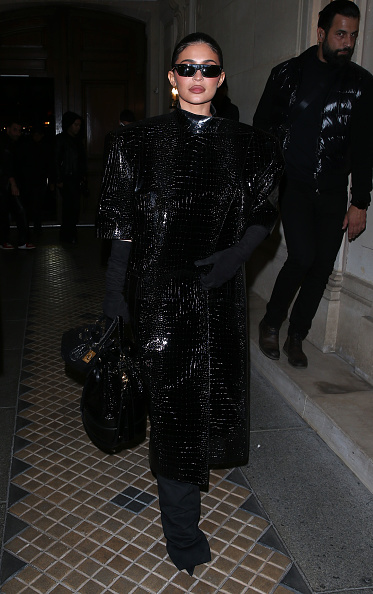 She went for another white ensemble for the Balmain show, but decided to show a bit more skin this time around; the custom crochet mini dress featured woven bustier-like cups held up by rope-y straps and plenty of strategically placed cutouts. The reality star kept up the naked dress vibe with nude PVC heeled mules.

Jenner kept everyone guessing with her next fashion moves, as she opted for a much more covered-up situation for a dinner later that evening—actually, the black croc-print coat (worn over loose trousers) is giving a major Matrix aesthetic, as do the nighttime shades, oversized bag, pointy-toe heels and long black gloves. Jenner then chose perhaps her most glamorous look yet for Schiaparelli—a blue velvet gown by the designer with a plunging neckline and a massive black choker featuring a human heart-shaped pendant.

The Kylie Cosmetics founder went more casual at Loewe, as she sported a long grey coat over a logo tank, Loewe-emblazoned briefs, and absolutely no pants, though she did wear tights! At Coperni, Jenner wore a blue minidress by the designer (as well as sunglasses that kept falling off her head) to watch Bella Hadid’s much-talked about runway moment, as a white dress was sprayed onto the model while she stood on the catwalk.

Jenner decided to continue with the whole underwear-as-outerwear aesthetic at the BoF 500 fête, wearing a lingerie-inspired Mugler look. Finally, she sported a fuzzy hot pink Balenciaga number to the brand’s show on October 2, finishing off the look with another pair of white-framed sunnies and a black leather clutch. And while the fashionable week is winding down, there’s still another full day of shows to come, so we just might get a few more major looks from the reality personality before the stylish month comes to an end. Below, take a peek at all Kylie Jenner’s best looks from Paris Fashion Week.