New York state is emerging as a hub for computer chip investment and research amid the U.S.’s mission to regain influence in the semiconductor market, led by powerful politicians and fueled by significant federal and state incentives.

Both projects will benefit from the Chips and Science Act of 2022, signed into law by President Joe Biden in August. The act is intended to build up the U.S’s semiconductor industry in order to counter the semiconductor market footholds of nations like China, and authorizes over $52 billion in grants and loans to incentivize semiconductor manufacturing over the next five years. Additionally, it establishes a 25 percent tax credit for semiconductor facility investors.

While the U.S. maintained nearly 40 percent of semiconductor production in the 1980s, it has since decreased to about 12 percent, according to Charles Wessner, a professor of science, technology and international affairs at Georgetown University.

States across the country are fiercely competing for semiconductor investments, said Wessner. The talent pool from New York’s institutions focused on semiconductor research, such as the State University of New York (SUNY) Polytechnic Institute, a public university with campuses in Utica and Albany, give the state a leg up, he said. “There’s no other facility with its quality in the country. You’ve got a generation of excellent talent.”

New York’s resources, including its Great Lakes and Niagara Falls, also give the state an advantage. Onondaga County’s system, pumped through pipes underneath Lake Ontario, was reportedly a key factor in Micron’s choice to build a fab in Clay, New York.  “Power and adequate are critical in semiconductor development,” said Wessner.

Chuck Schumer, the U.S. Senate Majority Leader from New York, has for years urged for an increased semiconductor presence in New York and actively pushed for the Chips and Science Act.  “This is our Erie Canal moment,” Schumer said in a statement in response to Micron’s investment. “Just as the original Erie Canal did centuries ago, this 21st Century Erie Canal will flow through the heart of Central New York and redefine Upstate New York’s place in the global economy for generations to come.”

And in June, Governor Kathy Hochul, who is running for reelection next month, and the state legislature announced the Green Chips Bill, a tax incentive program aiming to attract chip manufacturers through $10 billion worth of investments over the next two decades.

While New York state was previously a manufacturing hub, Poughkeepsie and the Hudson Valley region saw mass layoffs from IBM in the 1990s. Now, it looks like the state is committed to re-entering the market. Semiconductor company GlobalFoundries constructed a new fab in July 2021 near its headquarter in Malta, New York, in addition to announcing a $1 billion investment. And another fab, this time from Wolfspeed, was opened just north of Utica in April.

“This renewed effort has created a hub,” said Wessner. 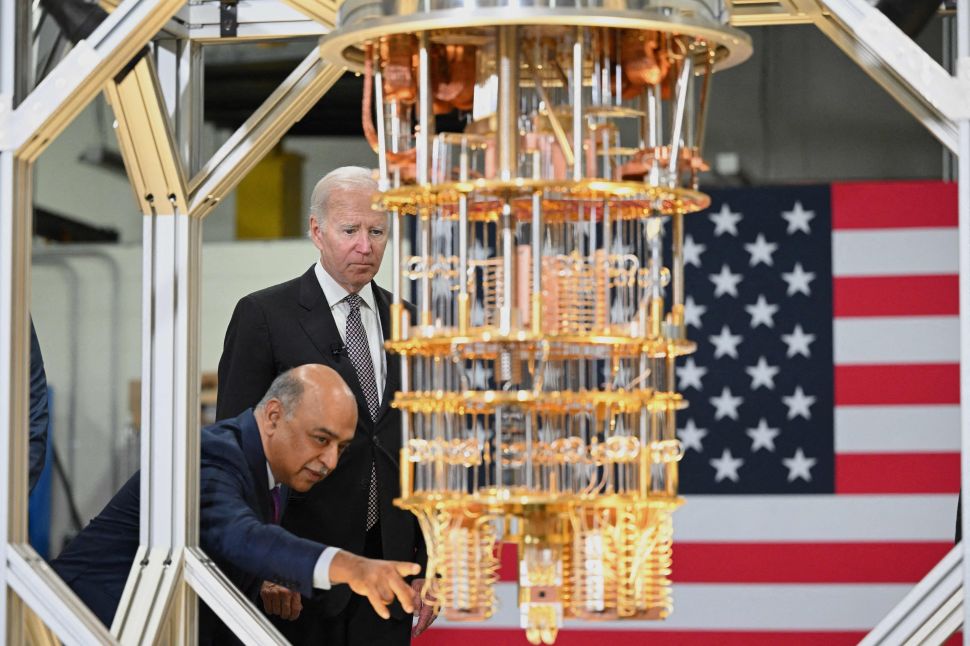