Just one day before she resigned as U.K. prime minister, Liz Truss declared, “I’m a fighter, not a quitter.” The statement came amid a heated debate in the House of Commons over Truss’s credibility, which fell precipitously after she rolled out a series of tax cut proposals that caused U.K. financial markets to tank.

Truss was far from the first political leader to utter such words—Peter Mandelson, a U.K. Labour Party politician who was forced to resign twice from Tony Blair’s cabinet, evoked the same phrase in 2001, while former U.S. president Richard Nixon insisted he had “never been a quitter” when he stepped down from office in 1974.

Like many of the leaders who insisted they weren’t quitters before her, Truss did end up resigning, marking the shortest-ever tenure of a British prime minister. But she did so in a way that permanently damaged her credibility, argues Matt Potter, a London-based journalist and the author of The Last Goodbye, which looks at the history of the world through resignation letters.

“Even when things were quite plainly not going her way, she would not acknowledge it,” said Potter, who called Truss’s resignation the culmination of “dishonest discourse.”

What separates a good quitter from a bad one

From the start of her campaign to replace Boris Johnson as Britain’s prime minister, Truss was concerned with projecting the image of a statesman, noted Potter. While she was serving as foreign secretary in Johnson’s cabinet, photos of Truss appeared on the government’s Flickr account more than 700 times. Just two weeks before Russia invaded Ukraine, Truss posed for a photo in Moscow’s Red Square while dressed in fur, clearly emulating former prime minister Margaret Thatcher, who struck a similar pose in 1987.

But by the time Truss was actually elected to leadership by the Conservative Party six weeks ago, it became clear she was more concerned with images and sound bites than the substantive matters of the role, Potter said. Truss took office during one of the worst cost-of-living crises in Britain’s modern history, and even after her financial proposals caused the pound to drop to $1.03 against the dollar, its lowest-ever valuation, she still touted her vision for a “low-tax, high growth economy” in her Oct. 20 resignation speech.

Potter equated Truss’s resignation with gaslighting, a type of psychological manipulation in which a person causes others to question the validity of their own thoughts, perceptions, or reality. “Even in that moment when it became clear quitting was the only thing to do…it was almost, ignore the facts, ignore the reality.”

There are historic examples of effective resignations, Potter said, arguing that “great resignations come from a place of authenticity.” He pointed to Roy Keane, a former Manchester United soccer player who walked out on the Republic of Ireland’s national team following an argument with a manager just before the World Cup in 2002. He gave a frank interview with The Irish Times where he said he’d “had enough,” with the way the team was being managed. “I’m not asking too much — for everyone to want what’s best,” Keane said. “If it’s a crime, fuck it, I’m guilty.”

“It was beautiful because he meant it, and was engaging with the situation,” Potter said of Keane. “We do expect, and history is kinder (to)…those who are authentic.”

Though Truss’s insistence that she wasn’t a quitter was an attempt to talk tough, it didn’t come across as truthful or authentic, said Chris Westfall, a business coach who advises clients on leadership and communication strategies.

“Leaders have to be careful not to speak in absolutes,” he said. “The fact is winners quit all the time—they quit doing what doesn’t serve them and focus on what does.”

Westfall did credit Truss for getting out at the right time. “What Liz did in her resignation was to give the British people what they really needed—an opportunity to find a leader who’s more in touch and in tune.”

There’s some evidence that it may become harder for inauthentic leaders to remain in power as a younger generation gains a foothold in the workplace. A majority respondents under the age of 25 to a 2021 survey by consulting firm Ernst & Young ranked authenticity as very or extremely important, and surveys suggest they expect the same from their leaders. Less than a third of Gen Z Americans voted for Donald Trump in 2020—a U.S. president who made more than 30,000 false or misleading claims while in office, according to tracking by the Washington Post, and refused to resign when he lost.

Both Americans and Brits of all ages can likely relate to the impulse to quit your job when it’s not going how you’d hoped. Record levels of workers in both countries have quit their jobs since the pandemic began, and the prime minister is just the latest employee to join in on the Great Resignation. 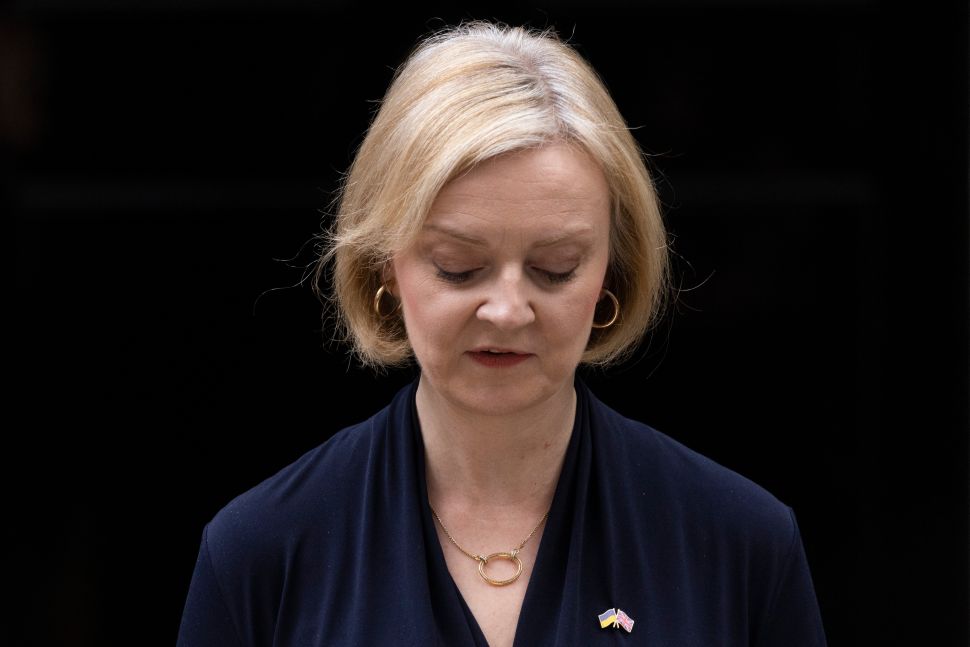