After years of opposition, the Victoria and Albert Museum in the U.K. has finally agreed to drop the Sackler name.

The London museum has been one of the institutions most publicly opposed to cutting ties with the Sackler family, the founders of Purdue Pharma, whose pain medication OxyContin was widely blamed for enabling rampant opioid addiction.

The decision to remove the Sackler name from the museum’s Sackler Centre for Arts Education and Sackler Courtyard was made earlier this summer, according to the Guardian. The Victoria and Albert museum now joins other prominent institutions, such as the Louvre, Metropolitan Museum, Guggenheim and Tate Modern, who have all removed evidence of Sackler associations.

The removal is a surprising move from Victoria and Albert museum officials, who have publicly voiced their opposition to removing the name in the past. The institution has long been a focus for Prescription Addiction Intervention Now (PAIN), an advocacy group formed by artist Nan Goldin which held a protest at the museum in 2019. Goldin told the Guardian she was shocked the museum decided to remove the name, as it has “been the last bastion of holdouts in terms of those supporting the Sacklers.”

In an emailed statement, the museum said it and the Mortimer Sackler family “mutually agreed” the center and courtyard will no longer carry the family name. “Dame Theresa Sackler was a trustee of the V&A between 2011 and 2019, and we are immensely grateful for her service to the V&A over the years,” the statement said. “We have no current plans to rename the spaces.”

Update: This story has been updated to include comments from the Victoria and Albert Museum. 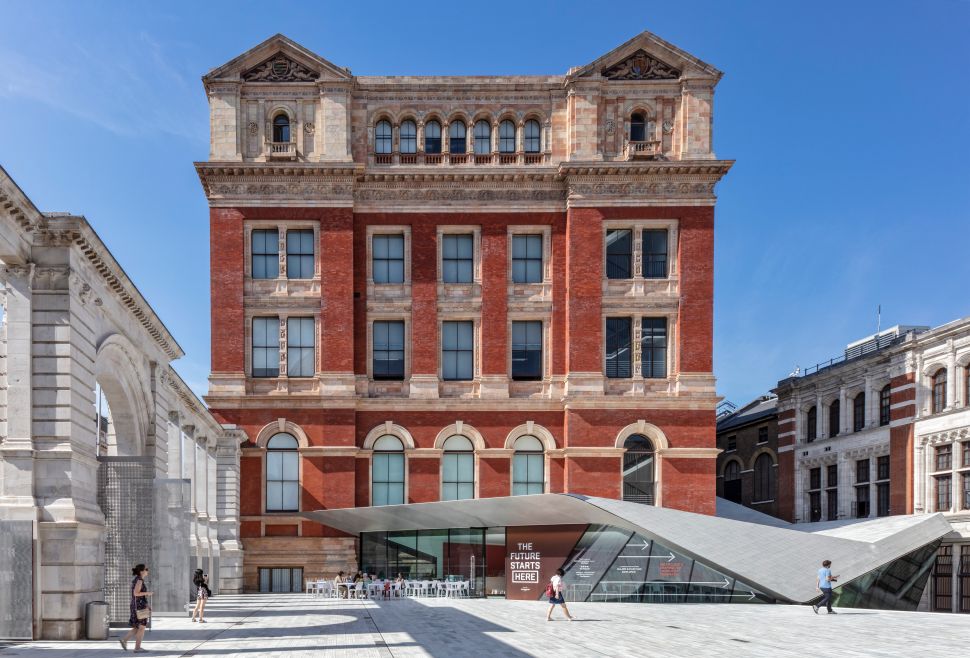