Bernard Arnault, chairman of luxury goods conglomerate LVMH and the world’s second richest person, has sold his company’s private jet to avoid being stalked by plane trackers on Twitter, he said on Oct. 17 in an interview with Radio Classique, a French radio station owned by LVMH.

French Twitter accounts such as I Fly Bernard and Bernard’s Airplane regularly publish the flight routes of planes owned by French billionaires to raise awareness about the pollution caused by private jets.

“With all these stories, the group had a plane and we sold it,” Arnault said in the interview, according to a translation by Bloomberg. “The result now is that no one can see where I go because I rent planes when I use private planes.”

The 73-year-old billionaire’s son, Antoine Arnault, said in the same interview there is a business reason for keep his family’s travel information private. “It’s not very good that our competitors can know where we are at any moment,” he said. “That can give ideas, it can also give leads, clues.”

Independent private jet trackers have sprung up on social media in recent years. In the U.S., Twitter accounts such as @ElonJet track every movement of billionaires like Elon Musk and Jeff Bezos. 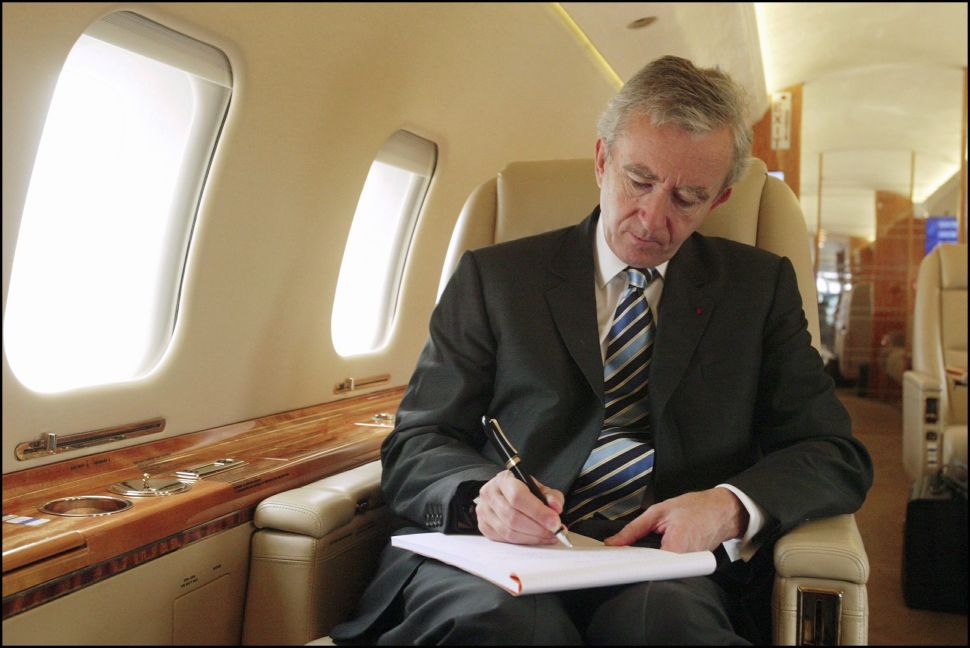