I still remember: the day was hot and my friend sat there with me listening to One Direction like we were taking part in a funeral procession. Zayn Malik had left the band, a possible hiatus? We were distraught. One Direction had been a constant for many of us, and a fun way to connect with other women, to be honest. I didn’t like One Direction originally. It had always felt like boy bands were for people who had a bit more joy than me. And then suddenly I was in a friend group asking if I was more a Niall or a Harry, suddenly I was listening to every album dawn till dusk, and silently I was kicking myself for not allowing myself to love a boy band earlier.

Boy bands have had an integral impact on the teen psyche ever since a few guys could come together with instruments, with vocals, or with flashy dance moves to make audiences swoon. Some would argue it started at The Beatles (1960) if they favor technicality, while some would obviously mention New Kids on The Block (1984), Backstreet Boys (1993), ‘NSYNC (1993), and you can’t go anywhere in the South without hearing about Hanson (1992). And you can go back further than the New Kids, who were a white remake of New Edition (1983), who were themselves a new edition of the Jackson 5 (1969). Some might argue that One Direction (2010) walked so the Korean boy band BTS (2013) could run. But maybe the question of where boy bands started isn’t nearly as important as where they were left.

In 2010 on the British talent show The X Factor Simon Cowell, evil genius record executive and talent demigod, brought together the band along with fellow X-Factor host Nicole Scherzinger in what almost appears to be aimed for the exact purpose of being the ideal boy band. Scherzinger can be heard saying “The cutest boy band ever! The little girls are going to love them!”

From that moment forward, Niall Horan, Liam Payne, Zayn Malik, Harry Styles, and Louis Tomlinson performed under the name One Direction. A sad note to an overall happy story for boy bands everywhere, One Direction placed third in X-Factor yet that didn’t keep them from becoming arguably the most well-known boy band in recent history. When the band officially broke up depends more on who you ask, though for many it’s when Zayn Malik left the band on March 25, 2015, claiming the desire to be a normal 22 year old. Soon followed an announcement that there would be a hiatus to focus on personal projects, and then in January of 2016 came an announcement that the hiatus would be permanent. But what happens to a boy band that ends in its peak? What happens to the hoards of fans, as they grow up (or are continuously born in the era of streaming) who look for boy bands as their life blood?

Certainly the boys of One Direction are all grown up, they’re no longer the cheeky lads smiling with excitement at the hope of stardom and being in a band; they’ve moved on, but to what? Zayn Malik hasn’t been up to much since he had a violent altercation with Yolanda Hadid in October of 2021, resulting in the mother of his child Gigi Hadid leaving him, as well as court-ordered anger management and domestic violence programs. His label, RCA, dropped him the same month. I mostly just hope he’s doing whatever he needs to heal and hold himself accountable to his family. I wish there was nothing to note on such as that.

Harry Styles has recently starred in an unfortunately gossip-plagued film Don’t Worry Darling directed by Olivia Wilde (as well as My Policeman, coming out October 21) but he hasn’t entirely left music —  a purposeful understatement considering he had 15 nights of sold out shows at Madison Square Garden and his  album Harry’s House is one of the biggest albums of 2022. Anyway, Harry Styles is very busy and his sex and love life continue to be the obsession of former 1Ders and new fans alike. Louis Tomlinson has gone on to have a solo career, along with continuing being a dad to Freddie, but his career just hasn’t stayed in the limelight such as some of his former bandmates.

Liam Payne made headlines as recently as June of this year when he spoke to controversial personality Logan Paul on his podcast, which former bandmate Louis has since defended. Liam Payne has attempted to have a solo career, including a single with Quavo that became a controversial point in his podcast appearance when he claimed it did better than the solo work of anyone else in 1D. This wasn’t the case, with his single going behind quite a few from Styles and even one from Malik. But what of Niall Horan? He had two studio albums, one in 2017 and one in 2020. Unfortunately his most recent headlines are people feeling sorry for him, though of course the laughs on them because no one ever heard of the guy who feels sorry for him. At the same time, that is telling of Niall’s current career. One just hopes that he is enjoying his life.

All of the feuds seem still active, with Zayn ignoring Louis’ continued attempts to reach out. Harry has gone to stardom levels way beyond 1D, even though there are many naysayers that bring up One Direction in an almost . . . negative note. The simple fact is One Direction was the most popular boy band in the world. Created in a celebrity factory more or less, voted forward and cultivated by the British public until the globe demanded them. Did fame help them grow as human beings? In recent work Louis seems to have been reflecting on what fame has done to his life but it seems others have embraced or fallen entirely off the map. It’s hard to digest that those reared for fame may not be happy in their lives when we live in a society that values being known above all else. It’s even odder to think some thrive in it, but I suppose that is all things. If boy bands are a good thing maybe it is only in that they are a reminder that even youth and moments of spotlight are temporal, yet ultimately all is in your own hands. 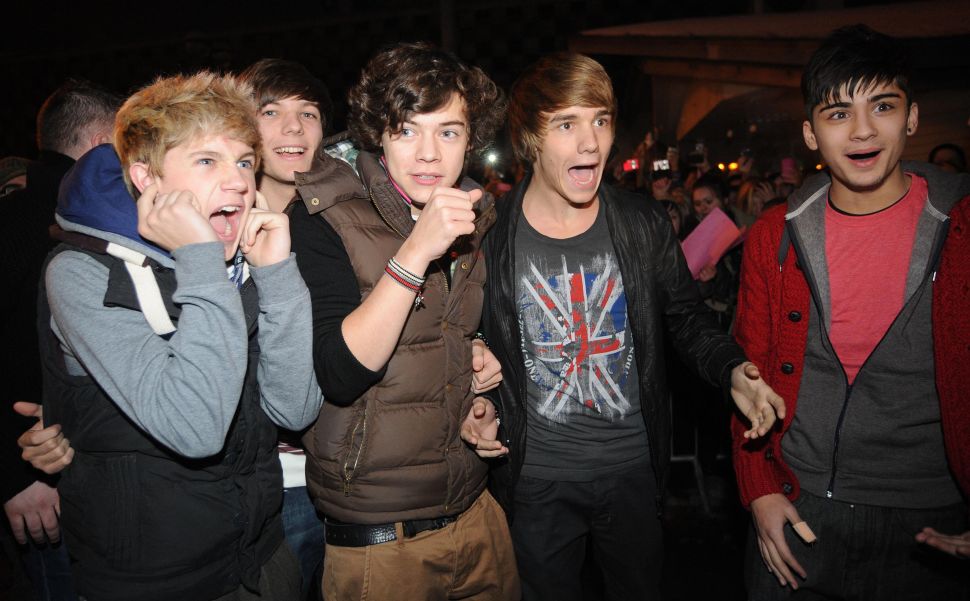