Marie Kondo is a Japanese tidying expert most known for asking “does this item spark joy” when organizing homes. Her first fanbase was an in-person one, based on her consulting business in Japan. Then, her audience expanded globally after her first book, The Life-Changing Magic of Tidying Up, was translated into 44 languages and became a New York Times best-seller. Now, her audience follows her online. She currently has 4 million Instagram followers and two Netflix television shows.

Kondo, 37, didn’t start her career online, but had to pivot in a changing world. Her tidying method has since transformed into a lifestyle brand based on self-discovery and fulfillment by living in a home with only items that bring joy. Fans can even become certified tidying consultants by taking courses on the KonMari Method, Kondo’s system of organizing. Her business of tidying transforms frenzied purging into a controlled craft—one that is meant to bring harmony not only to a home, but to its inhabitants too.

Kondo emailed with the Observer’s Rachyl Jones about building her brand and translating it to social media.

Where did you learn the art of decluttering?

I was very close to my grandmother at an early age. Her thoughtful and considerate way of tidying and caring for her home inspired me to cherish what I own and to live with intention and care. As a teenager, I began to pursue organization, reading every book I could find on the subject and really immersing myself in the world of decluttering. I then began my consultant business as a university student and that is when I perfected my tidying craft.

Could you tell me about how the KonMari Method is influenced by Japanese culture and ideals?

When I was younger, Shinto shrines became a very important influence on my life and the development of the KonMari Method. I was visiting my nearby Shinto shrine so much that I decided to work there. There is a particular etiquette around conducting yourself while in a Shinto. Many of these behaviors and rituals became ingrained in the KonMari Method. For example, when you enter a Shinto shrine you are entering a sacred space, so you must quiet your mind, offer respect and prepare to enter the sacred area. I feel the same when entering a client’s home; the home is a sacred space and practicing a thoughtful greeting when you enter a home shows your respect and care for the space ahead of you.

You published a book in 2010, right around the time that Instagram was created. Which came first: the in-person fanbase or the online one?

When I began my professional tidying career as a university student in Tokyo, I was simply helping friends and family within their homes. It eventually began to take off so much that the waiting list of clients I had would last me for six months of work. From this, I would say the in-person fanbase came first. I published my first book in 2010 and it didn’t hit the U.S. market until 2014.

How did you use social media to advance your career?

It’s an effective way to connect with my audience. It allows us to hear from followers, uncover their inspirations, see which products they love, and learn what makes them feel connected to the KonMari brand and philosophy.

When the KonMari Method started to become more popular, Instagram helped foster a sense of community-building. It was a great medium to keep my followers updated and to connect on a more personal level. Instagram features like Stories and in-feed shopping help make connections more impactful too.

Could you describe the kind of people in your core audience?

Our followers (which tend to be primarily females) come to us from all over the world, but are brought together over a shared love for tidying. Their personal preferences for design and product spans a large spectrum. Some lean into bold colors and can’t get enough organizational tools. Others prefer muted tones and a few accent pieces.

We often hear people associate the KonMari Method with minimalism, but it is actually very different. I want people to embrace the bold colors they love, to cherish the objects that make them happy, and commit to decluttering in all aspects of their life – all for the purpose of living a more intentional life and one that sparks joy. I think those who follow us truly understand this concept.

What advice would you give to creators who are looking to take their brand to the next level, like writing a book or starring in their own television show?

As a creator it is important to remain supportive and compassionate during your journey. When I started KonMari Media, our goal as a company was to organize the world by simply developing the most effective tools to help people choose joy and complete their tidying adventures. Today, that goal has evolved into helping others choose joy. When your job is pursuing something you love, don’t give up—you never know what opportunities may come your way. 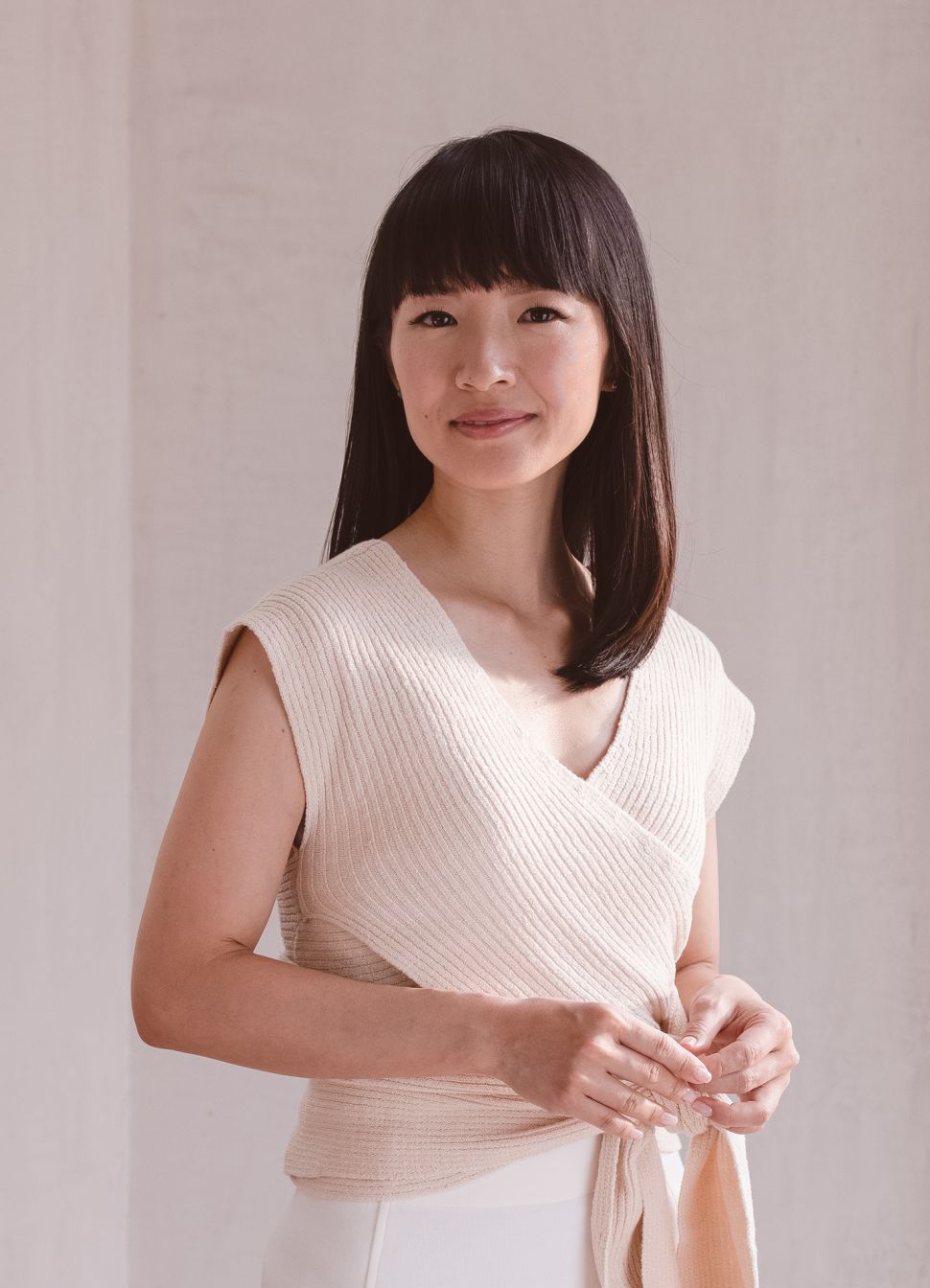