Throughout the pandemic, the retail world couldn’t stop talking about how lockdowns and social distancing forever changed the way consumers shop. Retailers, in response, changed the way they sell. The industry’s innovative minds launched new businesses, formed partnerships and invested in startups to seize opportunities during that unusual time, often with mixed success. Now that lockdowns and quarantining is largely over, retailers are wondering: what’s next?

Jennifer Fleiss and Nate Faust are both cofounders of e-commerce startups valued at more than $1 billion, and are united by their connections to Marc Lore, former CEO of Jet.com and Walmart.com. Through working on their own startups and with fellow entrepreneurs during the pandemic, they identified two enduring themes that will last well beyond Covid: the optimization of digital retail and sustainability. Although both are already part of the industry, there are still plenty of room for new business ideas, Fleiss said.

Fleiss is one of the early e-commerce pioneers in the U.S. startup scene, best known for cofounding Rent the Runway, an online designer clothing rental service, in 2008 with her Harvard classmate Jennifer Hyman. Fleiss led the startup’s sales and logistics for nearly a decade before leaving the company in 2017. Rent the Runway went public in October 2021 at a valuation of $1.3 billion.

Fleiss’s next venture was less successful but she said it helped pivot her into the next phase of her career. In 2018, she partnered with Walmart’s Lore and launched Jetblack, a text-based personal shopping service backed by Store No.8, Walmart’s startup incubation program. Jetblack was an experiment to test what Lore called “conversational e-commerce,” where consumers shop through text messaging or online chat instead of going to physical stores or browsing shopping websites.

Struggles for Jetblack, then the pandemic

Fleiss and Lore believed a personalized and convenient shopping experience would be the next big trend in online shopping, especially for wealthy, urban professionals who are too busy to do their own grocery runs or Amazon ordering. Jetblack offered a $50-per-month service that would fulfill almost any shopping requests sent via text messages. Although the company gained traction among some niche demographics, such as working moms in New York City, it struggled to attract enough users to become a viable business. Fleiss quietly left Jetblack in late 2019, and the company shut down the next year.

During the pandemic, Fleiss left the operations side of the business to join a venture capital firm. She had been mentoring founders and building up a portfolio of startups since her days with Rent the Runway through the company’s nonprofit arm, the Rent the Runway Foundation. When Covid-19 hit, the time just felt right. “The broader retail landscape has changed so much since we launched Rent the Runway,” she said. “The pandemic was a great time for me to realize that so much is changing and it’s time to look at a more macro environment and place some bets on these changes.”

Fleiss is now a venture partner at Volition Capital, a Boston-based firm investing in a wide array of consumer and retail companies. Fleiss observed that “the retail landscape has evolved faster toward [digitalization] since the pandemic.” “Retailers are more open-minded and realize that omnichannel and sustainability are crucial aspects for their businesses.” Omnichannel is a marketing term describing a sales approach that seeks to provide customers with a seamless shopping experience no matter the platform.

Some of the promising ideas she’s seen recently include an online marketplace for selling and buying imperfect and surplus food, a startup that makes eco-friendly cleaning tablets, and an online grocery store offering zero-waste delivery.

Startups are perfecting e-commerce with sustainability in mind

Faust is also exploring the intersection of e-commerce infrastructure and sustainability.

Faust is one of the three cofounders of e-commerce site Jet.com along with Lore and Mike Harrahan. The company was bought by Walmart for $3.3 billion in 2016, the largest e-commerce acquisition to date at the time. Having spent almost his entire career in the logistics side of e-commerce, Faust understands the specific challenges of putting good ideas into practice.

“We are in an interesting time where consumers want both better service and more sustainable practices from brands. Simultaneously, brands want to provide more sustainable options but without increasing costs,” Faust said.

After Fleiss left Jetblack in October 2019, Faust, who was in charge of Walmart’s supply chain at the time, briefly took over as Jetblack’s CEO. He failed to turn the startup around but quickly saw new opportunities elsewhere. In February 2021, Faust launched Olive, a delivery consolidation service that combine shipments from multiple retailers in one weekly reusable bag.

Olive was part of the “no-rush shipping” trend started by Amazon early in 2020, based on the belief that consumers would be willing to wait for a few extra days in exchange for the environmental benefits of generating less packaging waste.

The initial version of Olive was a consumer-facing service accessible through a mobile app or a web browser extension. It operated a separate warehouse where retailers would need to send orders from customers who selected the Olive option for combined shipping. Faust soon realized the business model could be simplified by working directly with retailers as their shipping carrier, just like UPS and FedEx but with reusable packaging.

So, last month Olive announced a relaunch and changed its business model from focusing on consumers to focusing on businesses. Its early retailer partners include menswear brand Rhone and Rent the Runway, the company founded by Faust’s old friend, Fleiss. It also introduced a consignment business. In each reusable delivery bag which Olive would pick up later, customers have the option to either return items or send out unwanted clothes for consignment. Olive has acquired Linda’s Stuff, a major apparel reseller on eBay, to conduct the resale business.

The global secondhand apparel market is a $100 billion business and expected to grow 16 times faster than the overall retail clothing sector by 2026, according to ThredUp’s 2022 resale report, a widely cited annual research on the used clothing market.

It has been a brutal year for public companies in the recycled fashion sector. Rent the Runway have seen its stock price fall by more than 75 percent this year. So has the RealReal and ThredUp. But Faust is still bullish on the fundamentals of recycled fashion.

“The stock market is down as a whole. But I think there’s no doubt that, with respect to long-term trend, consumers, especially younger generations, are more focused on sustainability and saving money,” he said. “I know a lot of folks whose wardrobe consist of entirely secondhand clothes.” 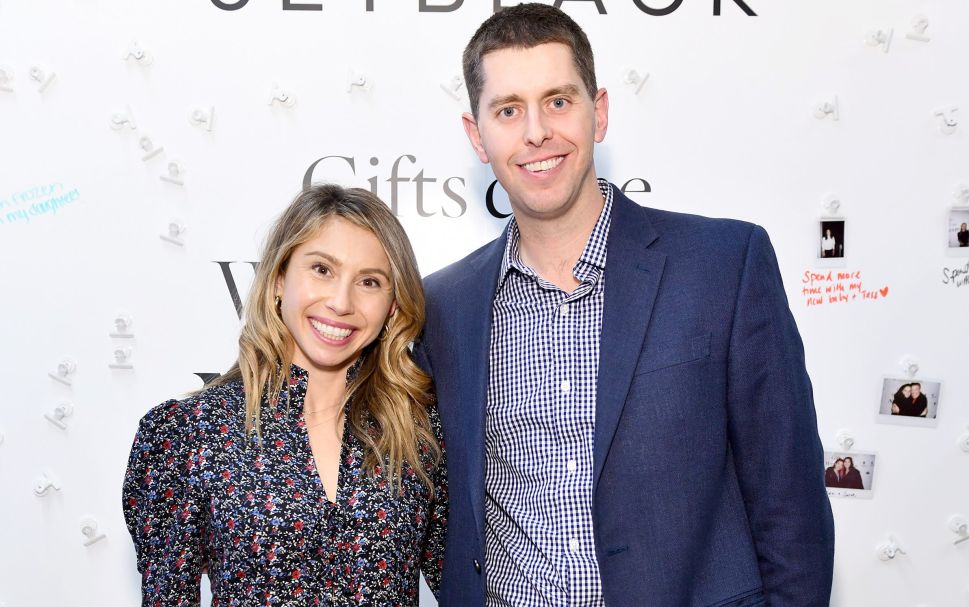