When Princess Diana died in Paris, my mother cried as if she lost a close friend. She wasn’t the only one as thousands rushed to offer messages of condolences around the world. Dodi & Diana, premiering at HERE, NYC builds on the heightened parasocial projection of the 1990s to turn the mirror inward, from the personal and tragic last hours of the most famous British Royal Family member to our fantasies and little lies.

The play, set in August 2022—at the same time as the 25th anniversary of Dodi Al-Fayed and Diana’s fatal car accident in Paris—interrogates the iconic and the mundane in the many defining moments of romantic relationships. It dives into the uncanny and unavoidable ways in which the past crashes into the present, and what ensues when it does.

We know the historical protagonists. Diana, the beautiful, shy blonde Princess who divorced a cheating husband and a heavy-bearing institution, starts dating again. She’s the most recognizable woman of her time and the ransom of this fame and obsessive scrutiny is experienced through constant paparazzi harassment, depression, and eating disorders. Dodi is the son of an Egyptian billionaire, former owner of Harrods. We sadly know what’s to come on October 31, 1997. Their driver Henri Paul, drunk, drives at abnormal speed and loses control of the car under Paris’s Pont de l’Alma. Paparazzi chase them. They didn’t wear a seat belt. Dodi is pronounced dead shortly after the crash. Diana dies later at the hospital. I woke up to my mother’s sobs and a few mosquito bites.

On the stage of HERE NYC, we meet Diana and Dodi’s “astrological double”: Samira and Jason, a sexy, financially well-off couple. They are staying at the sumptuous Ritz Hotel in Paris, owned by Dodi’s father, the same place Dodi and Diana made their last exit from before that fateful car ride.

Samira, played by Rosaline Elbay, is an actress of Egyptian descent (like Elbay). After years in the business, she finally has her career breakthrough. Jason (Peter Mark Kendall) is a successful but insecure Wall Street banker who balances controlling tendencies with an irrational surrender to astrology. He regularly consults his spiritual/psychic counselor, a mysterious Vincent, who recommends that the couple spend 72 hours in this hotel room under a strict set of rules—from no stepping out of the room to no cellphones—to connect with the celestial movement of Jupiter, a significant planet in their birth charts.

Three days blurrily elapse in the confines of the fancy hotel room, giving lockdown deja-vus with its fever cabin, wine indulgence, and claustrophobic tension, the latter reinforced by the audience’s seating arrangement all around the stage. We all peek (and pick) at the couple’s every move.

The set-up of the stage invites expectations of a tête-à-tête with a lavish table, food trays, and bed, suggesting that these bodies will inevitably draw closer. What to do in a hotel room à deux for three days after all?

Yet the play moves from reunion to confrontation, from marital bliss to contrived penance, as the couple’s imposed intimacy unearths lies and brutal truths. As it often happens, one is more invested in the marriage and relationship than the other and the cracks are starting to show.

“You came for answers and I came looking for a question,” says Samira, as she feels more and more trapped in this room, in her life. Jason’s ritualistic habit of looking up to the sky’s intricate placements for guidance translates as a need for him to “put order into chaos,” a blanket of emotional comfort and avoidance. They both accept delusions and escapism to avoid confronting the many ghosts swarming between them, for a time, until they can no longer.

The play brilliantly translates our stubborn search for meaning and happiness. The haunting auras of Dodi and Diana serve to incarnate a prophetic doom, to inscribe a symbolic filiation to ill-fated matches. We wonder whether the famous woman can ever aspire to genuine love (Diana), and if or when fame—the crowning of a hard-won recognition—would ever knock into the life of the loved woman (Samira).

Repressed desires related to sex, family, career, and agency lead to a conversational minefield. “I can change the world; you merely decorate it,” says a wounded Jason, unfairly unleashing his irritation. Him and Samira fight against trivial anonymity to exist but we guess that their paths must ultimately take different courses.

Playwright Kareem Fahmy, who created the BIPOC Director Database and co-founded the Middle Eastern American Writers Lab which he now chairs, engages with the racial dimension within and between the two couples, adding complexity to the characters and twinned stories.

Fahmy recalls the day Princess Diana died, and his distinct memory of hearing news reporters mentioning “Diana’s Egyptian boyfriend, Dodi al-Fayed,” he tells Observer. A few years ago, Fahmy, who is of Egyptian descent like Dodi, became interested in exploring “who this Dodi al-Fayed was exactly and why do we seem to know so little about him.” The title of the play nods to this. It’s Dodi and Diana, not Diana and Dodi.

Dodi’s relegation to a “footnote” when not erased from official biographies of Diana is symptomatic of this public obsession into the lives of celebrities and their most incongruous details. These stately personalities—loved, admired, mocked, envied—have settled in the realm of pop culture, most conveniently when white.

“We have something to understand about ourselves as to why we fixate so much on this extremely famous white woman and so many other figures in her story, Dodi being one, and Hasnat Khan, her former Muslim-Pakistani boyfriend being another, who are conveniently left out of the narrative,” Fahmy says. (Dr. Hasnat Khan, a cardiac surgeon, was romantically involved with the Princess of Wales between 1995-1997.)

Is there more to being a supporting role in someone else’s white story? Samira grapples with this and we feel through her frustration one experienced by Kareem Fahmy and so many artists of color who feel they remain primarily defined by their ethnic and racial backgrounds instead of their talent and human complexity. Theater company Colt Coeur commissioned the development and production of this play, essential in supporting artistic voices from non-dominant spaces. We need more of this.

Directed by Adrienne Campbell-Holt, the dialogues and scenes are equally well-paced and the different costume changes reaffirms the centrality of appearances in this stiffly oppressive decorum that takes us sharply down to the figurative bowels of human feelings.

From glimpses of History to complicated slices of modern life, what and who do we leave out? 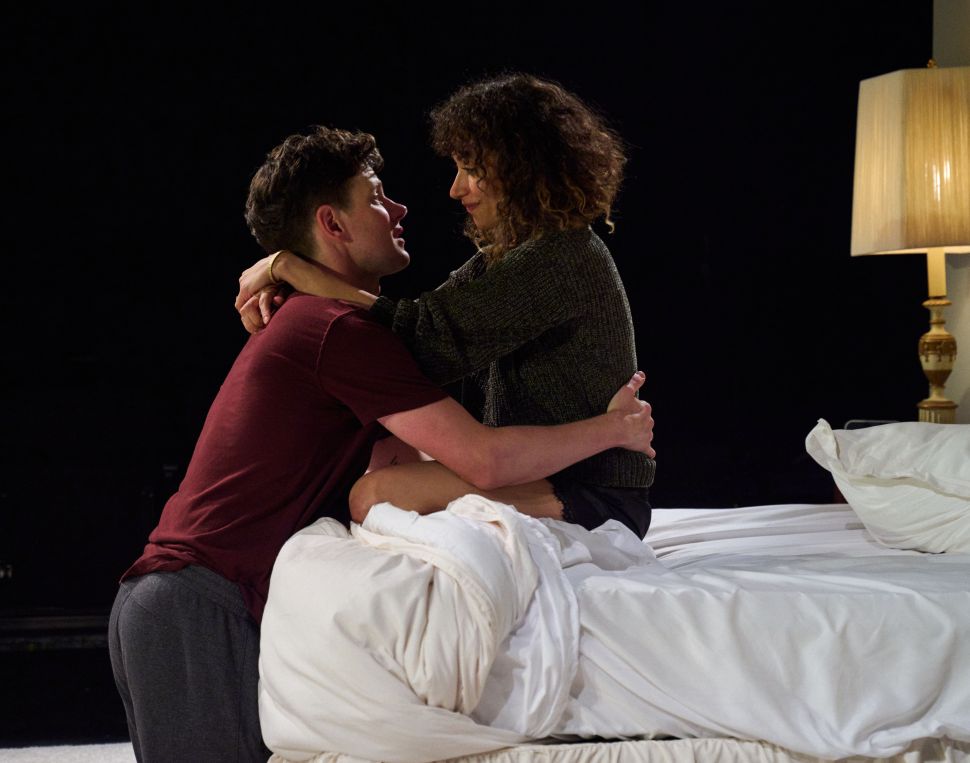