Russia has fined TikTok for violating its law against promoting homosexual content, Reuters reported Oct. 4. A video posted earlier this year on the app promoted “LGBT, radical feminism and a distorted view on traditional sexual relations,” according to the case file per the Associated Press, and TikTok didn’t remove it when asked by Russian authorities.

TikTok, which has about 29 million users in Russia, was fined the equivalent of $51,000. Since Russia doesn’t have jurisdiction over Beijing-based TikTok, and the company likely doesn’t have assets in Russia, TikTok probably won’t pay. The fines are more about making a statement about Russia’s values than collecting a check, said William Pomeranz, an expert on Russian law and director of D.C.-based Kennan Institute, a center for research on Russia and Eurasia.

In 2013, Russia adopted the so-called “gay propaganda law,” which bans the expression and spread of information on homosexuality to those under 18 years old. “This promotion [of homosexuality] is carried out via the media…which try to portray homosexuality as a normal behavior,” text from the bill reads. In 2018, the United Nations ruled the law violated human rights and that Russia must amend it to reflect the U.N.’s standards.

The point of this law was to go after the gay community in Russia, said Pomeranz. The law has led to discrimination against members of the LGBTQ community and forced mental health professionals to censor what they say to students. In Vladimir Putin’s speech on why Russia invaded Ukraine, he said the country will never recognize LGBTQ rights. Since Russia fined TikTok citing this law, it is clear Russia has not abided by the U.N.’s requirement from years ago—a statement on Russia’s commitment to its sovereignty, said Pomeranz.

Russian fines against other tech companies

Russia has repeatedly fined other media companies including Meta and Google over the last year for refusing to remove banned content. Meta has paid $230,00 in fines this year but has yet to publicly pay the other $27 million Russia says it owes. Google’s Russian subsidiary filed for bankruptcy in May after Russian bailiffs collected $120 million worth of fines. It has since incurred $400 million more in fines from Russia for content violations and breaching competition rules. It is highly unlikely that Google will pay, especially since it no longer has assets in the country, Pomeranz said.

Russian TikTok users only have access to content created by other Russians—a move TikTok made in March when the government criminalized the spread of what it deemed to be misinformation regarding the invasion of Ukraine. It also banned the creation of new videos, so Russian TikTokers can only view content created in Russia before March. However, Tracking Exposed, a non-profit analyzing algorithms, found state-controlled accounts were still able to make content and reach users on the “For You” page. Most of the content within the country includes Russia-based entertainment, according to Tracking Exposed’s report. International and political content is available too. 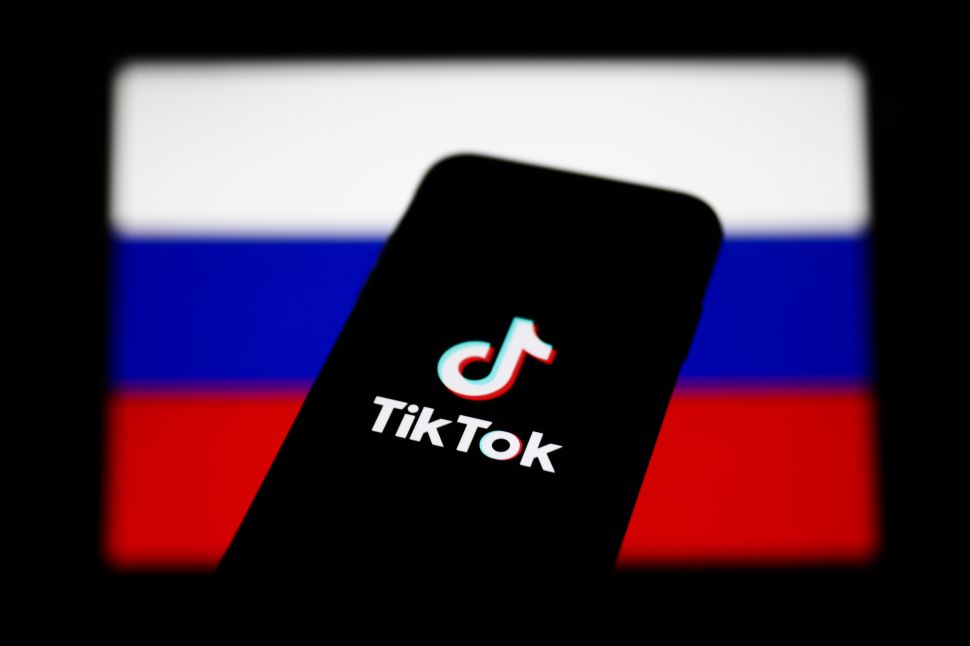