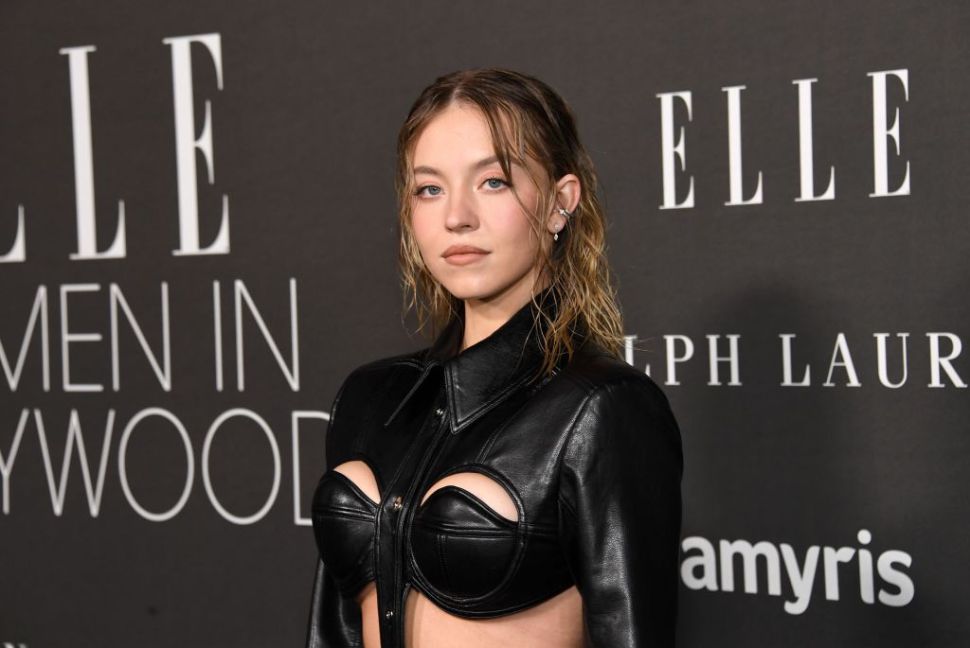 It was only recently revealed that Sydney Sweeney will star in the upcoming remake of Barbarella, but the actress has already started to dress the part. The Euphoria star attended the Elle Women in Hollywood event in Los Angeles last night, and wore an all-leather ensemble for the occasion.

Sweeney’s suited-up look was straight off the Rokh Spring/Summer 2023 Paris Fashion Week runway show, which was composed of a long-sleeved, collared button-down top-slash-jacket with rather large strategically placed cutouts on the midriff, with molded bralette cups and a flared waist. Sweeney, who was the youngest Woman in Hollywood honored last evening, paired the shirt with the matching tailored wide-leg leather trousers, and a pair of ultra-high black platform heels.

It appears Sweeney opted against carrying a purse of any sort, and luckily her cutout jacket has quite sizable pockets, though it’s not clear if they’re actual functional—on that note, why don’t all black tie outfits have pockets? Anyway, Sweeney wore her hair in that wet-like style that the Kardashian-Jenner family has become so fond of, and kept her makeup natural and minimal.

Sweeney’s all-leather ensemble is something of a departure from the ultra-feminine, angelic looks she’s often seen in (like her floaty gown at the 2022 Met Gala); there are no bejeweled embellishments, full skirts or delicate fabrics here, though the look is definitely in line with  Sweeney’s penchant for matching separates. Below, take a peek at all the best photos of Sydney Sweeney’s edgy leather look at the Elle Women in Hollywood event.