The thriller is the main attraction on streaming this week, from a true crime Ryan Murphy miniseries to an international fugitive story starring Charlie Hunnam. Action and suspense await the most eager viewers, but people who want to watch something a bit more lowkey and fun have plenty of options too.

Based on the bonkers and harrowing true story, this new Ryan Murphy miniseries is as star-studded as it is spine-tingling. Naomi Watts and Bobby Cannavale play a well-off couple ready to move into their dream home, but their suburban paradise is quickly blighted by a series of mysterious, threatening letters by someone who only goes by “The Watcher.” The neighborly suspects range from Richard Kind and Margo Martindale to Mia Farrow and Jennifer Coolidge, but don’t expect any easy answers — in real life, the case still hasn’t been solved. The Watcher premiered Thursday, October 13th.

The School for Good and Evil

A new fantasy film from Paul Feig featuring Laurence Fishburne, Michelle Yeoh, Kerry Washington, and Charlize Theron is one of this week’s most eye-catching titles. The School for Good and Evil comes from a much-loved YA book series, and it’s a fairytale ripe for adaptation. The story focuses on two friends sent to opposite schools, much to their chagrin: the girl hoping to live out her princess dreams gets enrolled in the School for Evil, while her friend who’s absorbed in doom and gloom is sent to the School for Good. Along the way they encounter magic, a Hogwarts-esque academy, and a bevy of A-list talent. The School for Good and Evil premieres Wednesday, October 19th.

If you can wind your memory all the way back to your high school English class, you may remember that in Romeo and Juliet, Juliet is not actually Romeo’s first love: a never-seen girl by the name of Rosaline is. Rosaline decides to turn this story on its head, instead coming from the perspective of Romeo’s jilted ex. The film sees Rosaline try to win her man back or, at the very least, keep him away from the fate that we all know is coming. It’s a fun, fresh take on a classic, led by the ever-charming Kaitlyn Dever and featuring the likes of Minnie Driver and Bradley Whitford. Rosaline premieres Friday, October 14th.

British filmmaker Terence Davies is very good at period dramas, and Benediction is no exception. The movie stars Scottish actor Jack Lowden as the solider and poet Siegfried Sassoon, a man who faced the horrors of World War I and returned to Great Britain as one of the war’s most ardent critics. Sent to a mental hospital instead of facing the firing squad for treason, Sassoon discovers long-repressed passions for men, namely the man he writes poems back and forth to in the ward. It’s a graceful, melancholy tale that ends with Sassoon late in life, miserable and recently Catholicized, played by Peter Capaldi. Benediction will be available to stream starting Sunday, October 16th.

Country music and thriller movies may not seem like an obvious fit, but Torn Hearts begs to differ. This film takes place in the Nashville country music scene and focuses on the harsh impacts of its boys’ club. After getting rejected by the men they thought they could rely on, a pop-country duo decides to seek out their idol, a female country legend who prefers the quiet life in her old age. But when they get there, things hardly go as planned; instead of a girl-power pep talk, they get a look at the kind of resentment that can curdle when you work in an industry that doesn’t want you there. Torn Hearts streams starting Thursday, October 20th.

For your weekly horror treat in the lead up to Halloween, be sure to catch 28 Days Later. This classic zombie flick really amped up the genre with one new idea: what if instead of lumbering around, the undead could run? Gore, political subtext, and an interesting pandemic parallel ensue. Plus, its cast is made up of some true talents from across the pond, starring Cillian Murphy, Naomie Harris, and Brendan Gleeson. If you’re looking for more thrills and chills, then the sequel, 28 Weeks Later, is available to stream too. 28 Days Later expires at the end of the month.

Based on a true story, the new dramatic thriller Shantaram follows a man on the run. Charlie Hunnam stars as a fugitive named Lin, a drug addict caught for his role in a number of bank robberies in ‘80s Australia. As soon as he gets the chance, though, Lin makes a break for it and manages to escape to the sprawling city of Bombay (modern day Mumbai). It’s a story of secret identity, burgeoning romance, and the complications of life on the lam. The first three episodes of Shantaram premiere Friday, October 14th. 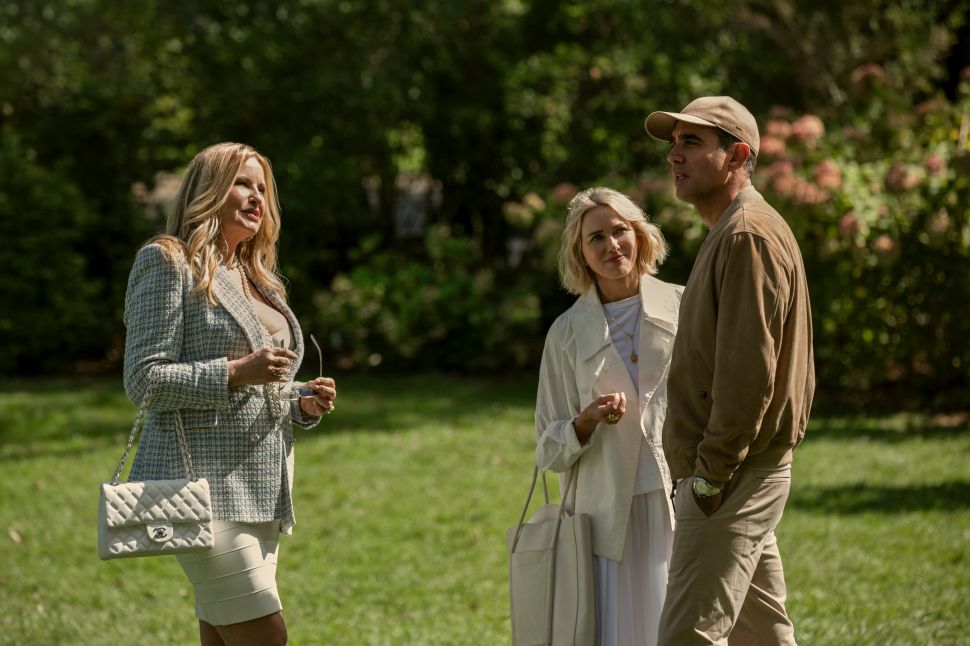