This is a week of potential genre whiplash, what with how many different kinds of movies and shows are coming to streaming. Of course, it is October, so there’s plenty of horror fare (including one from the MCU!), but you’ve also got options ranging from a favorite Netflix Northern Irish sitcom to a massive Viking action epic. There are plenty of choices, so get scrolling, get reading, and get streaming!

Who would’ve thought that a Northern Irish sitcom revolving around the lives and antics of four teenage girls (and the wee English fella) at the tail end of the Troubles would become one of Netflix’s most beloved crossover hits? Derry Girls is a frequent favorite among anyone who’s ever been a teenage girl and/or a Catholic school attendee, and its third and final season is finally arriving from overseas. If you want to catch up, then fear not: both seasons are on Netflix at six 30-minute episode apiece, so it’s one of the more bingeable shows out there. Season 3 of Derry Girls will be available to stream starting Friday, October 7th.

This new thriller takes a true-crime twist and runs with it. Mila Kunis stars as the highly successful Ani, a woman with a burgeoning editorial career at The New York Times and a fiancé from an old money family (Finn Wittrock). Cracks begin to appear in her façade, though, when someone comes poking around to ask about a heinous incident that Ani may have been involved with in high school; a new true-crime documentary about the events is coming out, and Ani suddenly has to confront a part of her life that she’s long kept hidden. Luckiest Girl Alive premieres Friday, October 7th.

First Prey, now Hellraiser — whoever’s in charge of acquiring the high-quality horror reboots at Hulu is certainly doing a good job. This remake of the twisted and iconic 1987 film follows in the footsteps of the original, but it promises a new story: this time around, our protagonist is a young addict named Riley, who struggles with sobriety but is supported by her friends and family. But when her dubious new boyfriend asks for her help in a robbery and they come into possession of a mysterious puzzle box, things are bound to go poorly. The bloodthirsty Cenobites make their appearance, and, as the title implies, they raise some interdimensional hell. Hellraiser premieres Friday, October 7th.

Between The Witch and The Lighthouse, writer-director Robert Eggers has made a name for himself with historical horror, and his latest feature is no different. The Northman sees the filmmaker operating on a massive scale, crafting an epic tale about a Viking prince who seeks to avenge the death of his father after living in hiding for decades. The period detail is intense and absorbing, as are the gnarly action scenes. The cast is as impressive as the visuals, featuring Alexander Skarsgård, Nicole Kidman, Willem Dafoe, Anya Taylor-Joy, Ethan Hawke, and Björk. The Northman premieres Tuesday, October 11th.

The New York Film Festival began this past weekend, adding to a loaded fall festival season and, by extension, an increasingly packed awards season. So why not get into serious movie watching mode with one of the most powerful Best Picture winners of the past decade? Spotlight tracks The Boston Globe’s investigation of the Roman Catholic Church and its cover-up of sexual abuse cases in the Boston area. The true story is captured with a sharp, controlled script that refuses to dip into melodrama or emotional exaggeration, treating the events with both scrutiny and respect. Rachel McAdams, Michael Keaton, Mark Ruffalo, and Brian d’Arcy James star. Spotlight became available to stream earlier this month.

This special presentation from the Marvel Cinematic Universe is quite the departure from the typical MCU superhero offerings, not least because it has an affinity for the horror genre. Werewolf by Night marks the first directorial effort for composer Michael Giacchino under the Disney umbrella, after he’s scored countless movies across Pixar, Star Wars, and Marvel. The hour-long television special follows a group of monster hunters as they duke it out for a mysterious relic. There’s also the added caveat of Gael García Bernal’s prolific monster hunter being afflicted with a bit of a lycanthropic curse, turning the competition into a fight for survival more than anything else. Werewolf by Night premieres Friday, October 7th. 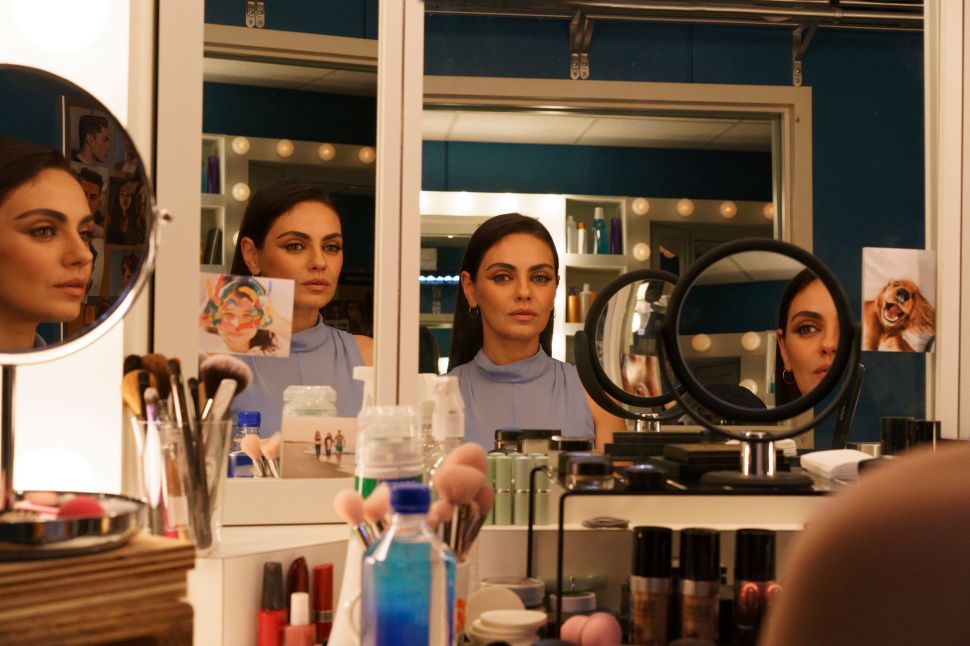