Halloween is an ever-expanding streamer’s paradise, with plenty of new Halloween chills, thrills and frights — plus a few laughs. There’s lots of new content to stream right now and much to look forward through the rest of October. From a social-media blood bath to a light-hearted family flick — with stops in between for ghost-hunting adventures and a pumpkin-carving competition — here’s your guide to what will keep you up at night.

What to watch on Shudder

The grinning veneer of influencer culture and the trauma of childhood bullying combine in this black (and bloody) comedy. Celia (Aisha Dee from The Bold Type) reconnects with Emma (Hannah Barlow), an old friend from high school with seemingly good intentions. Emma invites Celia on a bachelorette weekend at a remote cabin. Tension arises as Celia becomes uncomfortable around her high-school bully, who continues to discredit her career, and revenge ensues. Sissy is streaming now.

Queer for Fear: The History of Queer Horror

This four-part documentary series explores how aspects of queerness are intertwined with the horror genre. Is the werewolf the perfect allegory for coming out? What about the psychosexual dimensions of vampires? Audiences are encouraged to think critically about otherness, the power of being a monster, and how queer artists have influenced horror films from their beginning. Queer for Fear is streaming now.

The Curse of Bridge Hollow

If you’re looking for a feel-good Halloween comedy—somewhere between Halloweentown and The Haunted Mansion—this may be just the thing. Marlon Wayans plays the Halloween-hating dad who gets caught in some small-town poltergeist shenanigans. He teams up with his daughter, played by Stranger Things star Priah Ferguson, when an evil spirit brings the town’s Halloween decorations to life. Oh, and did I mention Kelly Rowland is in it too? The Curse of Bridge Hollow premieres Friday, October 14th.

For all you crime and mystery junkies, Unsolved Mysteries is back for spooky season. The show goes through real-life cases, investigating paranormal activities, murders, and disappearances that remain unsolved. In an ocean of streaming shows based on a true story, these mysteries can feel too real. Put on your sleuthing caps and join on in. The first three episodes of Unsolved Mysteries Volume 3 premiere Tuesday, October 18th.

The School for Good and Evil

Big fan of fantastical schools or witchy academies? This month Paul Feig introduces two new mystical education institutes, where students are instructed in the ways of good and evil. Friends Sophie and Agatha are on opposing sides and battle out their differences. Based on a YA series and featuring the likes of Charlize Therson, Michelle Yeoh, Kerry Washington, Cate Blanchet, and Lawrence Fishburne, this new movie brings star power to realm of teen fantasy. The School for Good and Evil premieres Wednesday, October 19th.

Everyone’s favorite Netflix subgenre — fictionalized tales of real-life serial killers — gets an addition with this movie, which tells the true story of Charles Cullen and stars award-winners Jessica Chastain and Eddie Redmayne. When ICU nurse Amy Loughren (Chastain) is asked about a sudden death at her hospital, she becomes suspicious of her colleague and friend Charlie Cullen (Redmayne). She comes to find out that Charlie had worked at over a dozen hospitals where fishy deaths took place and finds herself entangled in the string of mysterious crimes. Jessica Chastain and Eddie Redmayne bring their award-winning acting to this eerie thriller. The Good Nurse premieres Wednesday, October 26th.

Memes are harmless — but are they? In Grimcutty, a scary internet meme sweeps through small town. The parents believe the web trend is causing their kids to harm themselves in others, but the monster exists in real life. Asha, a teen haunted by the demon, grapples with her parents’ disbelief all while fighting to survive. Grimcutty is streaming now.

We’ve all been there: yelling at movie characters do not go down into that creepy basement, and for God’s sake don’t buy that house with a troubled past. In Spencer Squires’ new movie, Abandoned, a couple moves into a remote farmhouse with their infant child. The mother, played by Emma Roberts, struggles as her postpartum psychosis causes her to unravel. But there’s also the specter of past tragedies. Michael Shannon plays the off putting neighbor who has a connection with the house’s ominous history. Abandoned premieres Friday, October 21st.

What to watch on Prime Video

Nestled somewhere between classic ’80s horror flick and teen comedy, My Best Friend’s Exorcism brings new life to an old standby: demonic possession. Best friends Abbey (Elsie Fisher) and Gretchen (Amiah Miller), explore a mysterious building where a girl had been sacrificed. There, Gretchen becomes becomes the host to an evil spirit and Abbey teams up with their friends to expel the demon and bring back the real Gretchen. My Best Friend’s Exorcism is streaming now.

You’ve probably never had a date quite this bad. In this new Blumhouse offering single mother and businesswoman Cherie (Ella Balinska) agrees to go out with a handsome, charismatic client (Pilou Asbæk). Their romantic evening turns sour when he reveals his true self: a sadistic killer who likes to stalk and hunt his prey. Ella must survive the night without being caught and killed. Run Sweetheart Run premieres Friday, October 28th.

What to watch on Paramount+

Note to self: after watching this movie, never ever go backpacking with a significant other. Ruth (Maika Monroe) and boyfriend Harry (Jake Lacy) set off on a camping trip through the Pacific Northwest. On the trail Ruth struggles with her mental health as Harry’s romantic affection exacerbates her anxiety. A series of tragic and ominous events take place before Ruth is picked up in a haze by two other hikers. Significant Other is streaming now.

What to watch on Discovery+

What to watch on AMC+

Anne Rice’s Interview With the Vampire

One of Anne Rice’s most famous tales, Interview With the Vampire, is getting a reboot with this new series. Based on the novel, the story is set in 1900’s New Orleans and follows Louis de Pointe du Lac’s undertaking the ultimate escape through vampirism. Jacob Anderson, Sam Reid, and Eric Bogosian work together seamlessly in this new dark and sensual adaptation. The first two episode of Interview With the Vampire are streaming now. 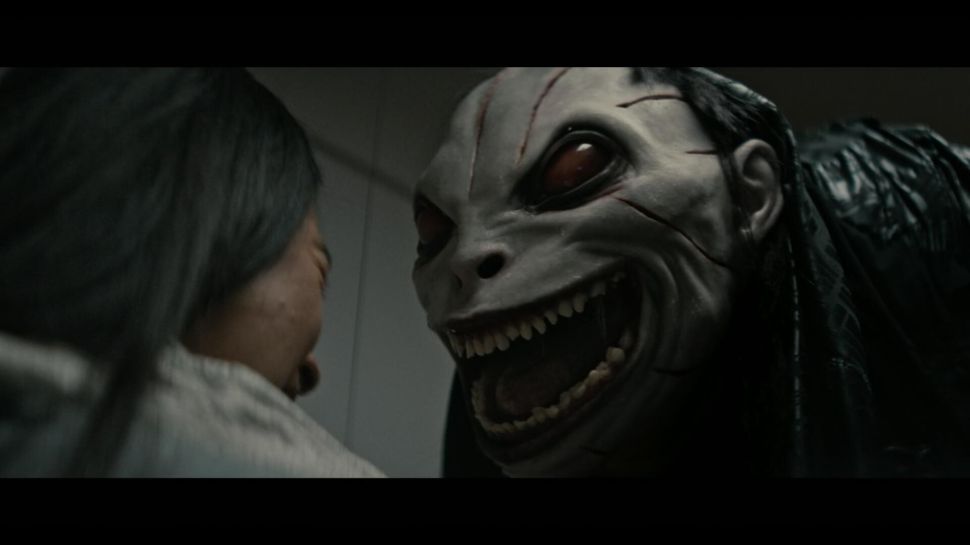