It felt like a Liz Truss moment. After Mark Zuckerberg pledged to keep sinking billions into an unproven Metaverse, the market revolted on Wednesday (October 26). Meta stock dropped 20% and kept falling on Thursday. The company’s now down 71% this year. It’s lost more than $700 billion in market cap and Zuckerberg’s lost $100 million of his personal fortune. Investors who counted on the company felt ignored, betrayed, and pissed. Jim Cramer nearly cried on air.

But Zuckerberg’s program—unlike that of the erstwhile British PM—is funded, backed by the proceeds of a profitable, high-margin ad business that won’t force him to quit. Despite revenue contracting somewhat, Meta made $27 billion in the third quarter and $5 billion in profit. It’s earned $84 billion this year and spent $25 billion on R&D. Zuckerberg, with a special class of voting shares, has total control of the company. He’s not going anywhere and can keep doubling down on the Metaverse. It appears he will.

“These are going to end up being very important investments for the future of our business,” Zuckerberg told analysts Wednesday. “It’s some of the most historic work that we’re doing.”

Apple’s anti-tracking iOS changes are hampering Meta, delivering a $10 billion revenue hit this year, but they haven’t destroyed the business. The company’s on track to bring in around $110 billion this year, so Apple’s hit accounts for less than 10%. “They are overestimating the degree to which Apple is hurting Facebook,” said Brian Wieser, global president for business intelligence at ad agency GroupM, of investors. “Deceleration was inevitable, and that’s mostly what we are seeing.”

The biggest threat to Zuckerberg’s plans will be Meta’s declining share price restraining its ability to hire and retain employees. But with a recession imminent—one where jobs and solid compensation won’t be plentiful—joining a company that prints cash to work on something experimental will be attractive. If you’re interested in social media, there’s effectively nowhere else to go. Twitter will likely reduce headcount under Elon Musk. Snap Inc. is contracting. TikTok’s not an attractive employer. If you’re really desperate, Pinterest just beat earnings estimates, but its market cap is lower than what Meta makes in two months.

Zuckerberg pivoting hard from a business so profitable it allows him to pivot may seem puzzling. But he clearly sees the writing on the wall. Young people no longer enjoy broadcasting on social media. They prefer messaging privately, often in groups. And they enjoy short-form video, often from people they don’t know. I asked a group of students this week if any had posted on Facebook within the past six months. None had.

Working on new experiences to match these new behaviors is attractive, but less so within Apple’s walls. Meta is still profitable but it’s struggling to grow. Its revenue contracted for the second straight quarter. And Apple seems intent on taking every penny it can, moving this week to tax post boosts within Meta’s apps. So, instead of betting its existence on products under a competitor’s auspices, off to the Metaverse it goes.

The Metaverse may not work. And Zuckerberg’s bet will certainly take a while to deliver returns. But he’s only 38 years old, able to think in decades while the market thinks in quarters. And as long as Meta is profitable, he can keep investing its profits into his wild, if controversial, experiment.

“Meta’s business has been kneecapped by Apple, growth has stopped in favor of rivals like TikTok, and it’s too late to build a phone,’ said Antonio Garcia Martinez, the ex-Facebook product manager and Chaos Monkeys author on Thursday, “Zuck is making an existential bet-the-company move at enormous scale. Most companies would just delude themselves and slowly die.”

The only proven strategy to stay relevant in the age of technology is to keep reinventing. The market may not like it. And the market might be right. But if Meta’s going to die, it will go out fighting. 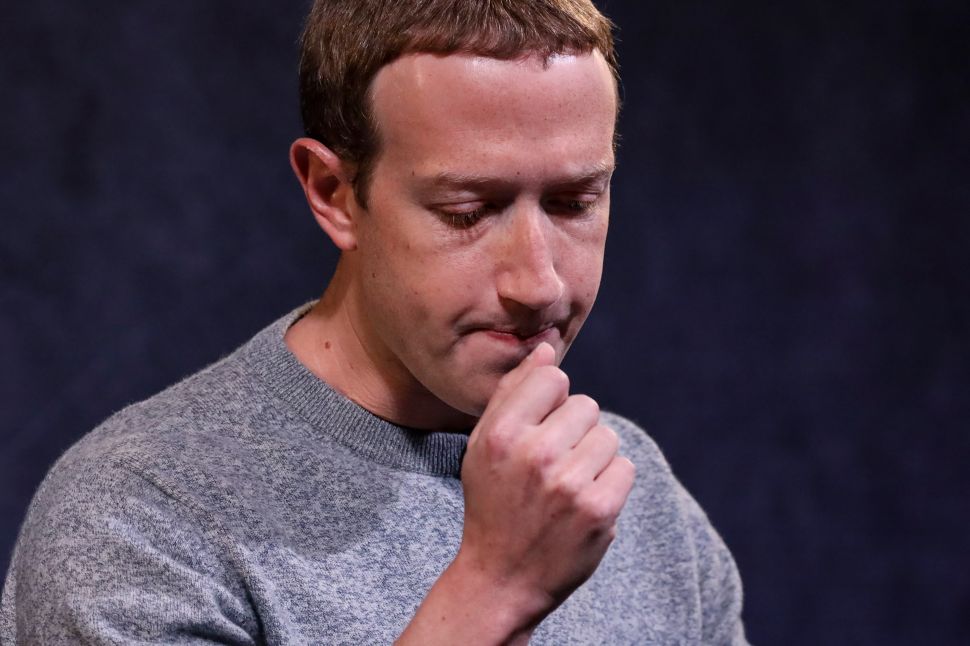