A Piet Mondrian composition sold for $51 million during Sotheby’s evening sales on Nov. 14, a historic auction record for the Dutch artist.

Surpassing Mondrian’s previous benchmark, when a 2015 Christie’s auction realised $50.5 million for a 1929 painting, the Sotheby’s sale was the first time Mondrian’s 1930 Composition No. II appeared at auction since 1983 when it sold for $2.15 million, at the time an artist record for Mondrian.

The composition is particularly unusual due its prominent use of the color red, which Mondrian rarely used during his mature period in the 1920s and 1930s.

The piece went to an Asian collector, according to a Sotheby’s press release. The auction also included works from the collections from David Solinger, the late president of the Whitney Museum, and William Paley, the late CBS founder and president of the Museum of Modern Art. 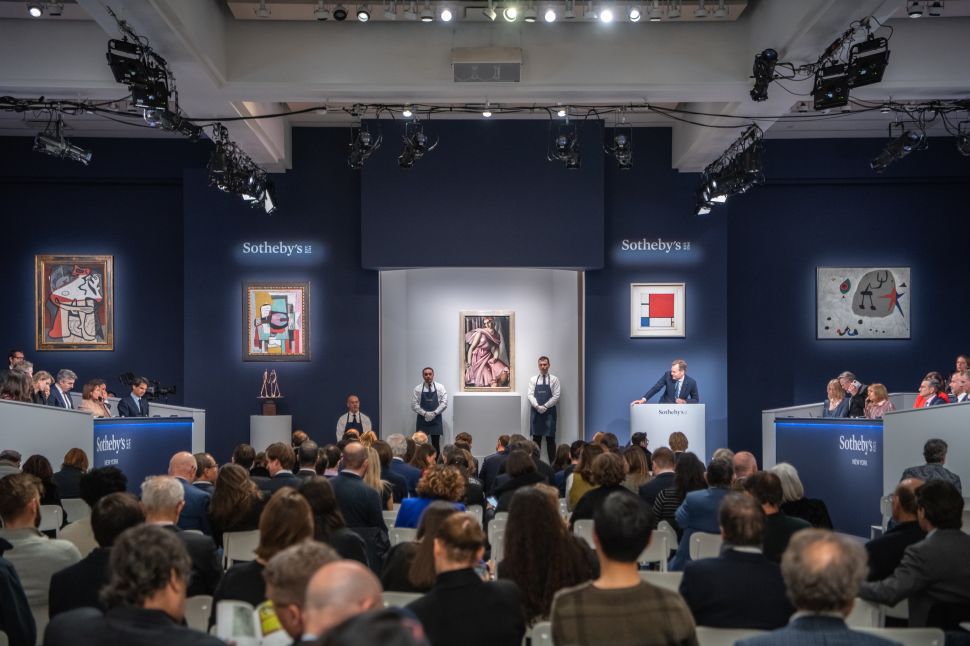