Madrid’s Prado Museum is the latest art institution to be targeted by climate protests, after two demonstrators glued themselves to paintings by Spanish artist Francisco de Goya.

“We reject endangering cultural heritage as a means of protest,” said the Prado in a tweet. The works in question weren’t harmed, although the frames have sight damage, said the museum.

Demonstrators also wrote “+1.5°C” on the wall, referencing a recent United Nations report which found it will be impossible to meet promises from the 2016 Paris climate agreement to prevent average temperatures rising by more than 1.5 degrees celsius above pre-industrial levels.

The incident comes on the heels of escalating museum protests across Europe in the past few months. In October, a climate activist glued his head to Johannes Vermeer’s Girl with a Pearl Earring at the Mauritshuis Museum in the Hague, while U.K. demonstrators threw tomato soup at Vincent van Gogh’s Sunflowers in London’s National Gallery. 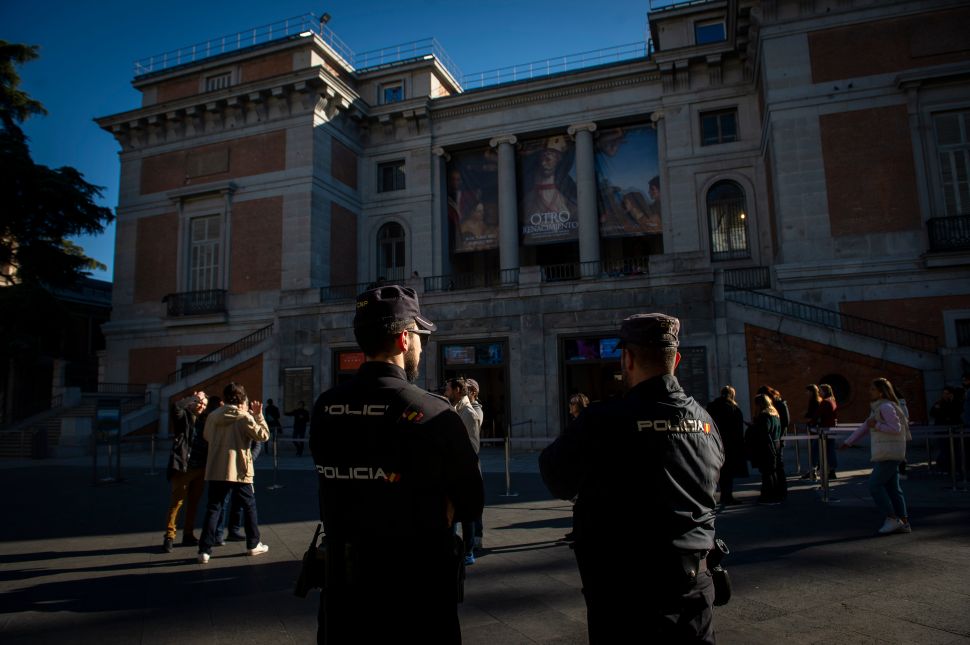