Members of the Amazon Labor Union are protesting outside of the New York Times DealBook Summit today (Nov. 30) as the company’s CEO, Andy Jassy, takes the stage.

Chris Smalls (@Shut_downAmazon) is outside the NYT DealBook summit this morning where Amazon CEO Andy Jassy is set to speak. Smalls is calling on Jassy to bargain a contract with Amazon workers. pic.twitter.com/2ODdn1FT38

“If Jassy comes to New York he should come to bargain a contract with Amazon workers, not bluster or practice union-busting,” said Chris Smalls, the ALU president, said in a statement.

Jassy was cited by the National Labor Relations Board (NLRB) last month for making remarks in the media suggesting Amazon employees would be negatively affected by a union. And on Nov. 29 the NLRB won an injunction ordering Amazon to cease and desist from retaliating against employees for engaging in union organizing activities. The order was a response to the termination of Gerald Bryson, a former Amazon employee at the unionized Staten Island warehouse who was fired after protesting safety conditions in April 2020. 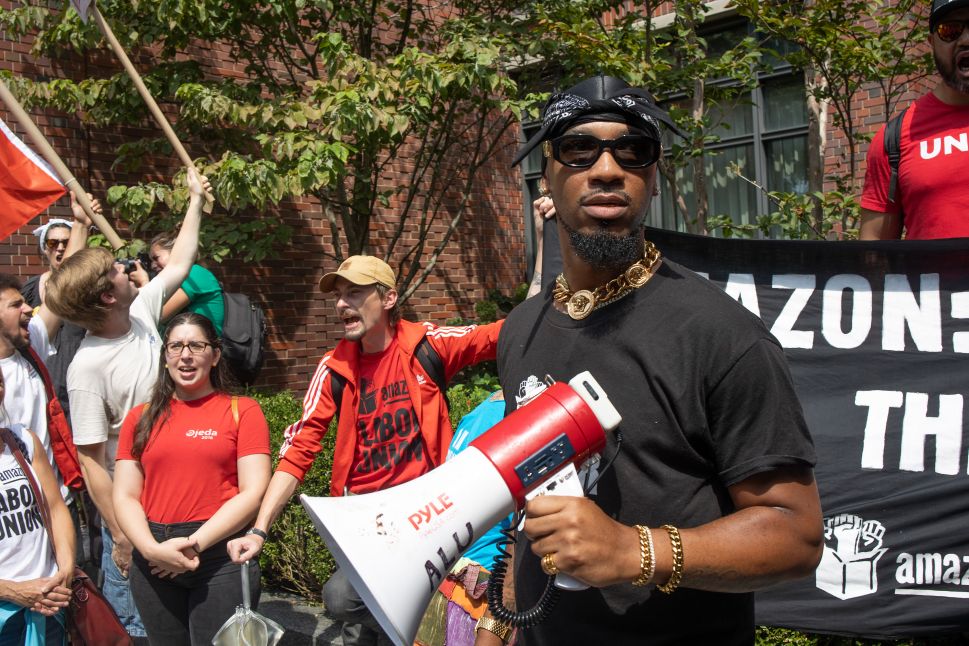