Banksy, the mysterious English street artist, won a trademark case over one of his most famous images and will be able to maintain his anonymous identity.

The E.U. Board of Appeals recently overturned a 2021 decision which found Banksy’s trademark of his well-known graffiti monkey to be invalid.

Displaying an ape holding a sandwich sign with the phrase “Laugh now but one day we’ll be in charge,” the artist’s monkey image first appeared in 2002 when it was commissioned by a Brighton nightclub. The apes have since appeared in much of the artist’s work, including a piece which sold for nearly $3 million at a Sotheby’s auction last year.

But after Pest Control, Banksy’s authenticating group, filed a trademark for the monkey in 2019,  a U.K. greeting card company called Full Colour Black claimed the image wasn’t distinctive enough and that the trademark was filed in bad faith. The E.U. Intellectual Property Office ruled in favor of Full Colour Black, a decision which has now been overturned.

In a 2020 trademark case over a different Banksy image, judges ruled against the artist and said that he couldn’t hold copyright while his identity remains a secret.

However, the E.U. Board of Appeals recent decision, which found that Full Colour Black failed to prove the trademark was filed in bad faith, allows Banksy to keep the trademark rights of his monkey image while maintaining anonymity. 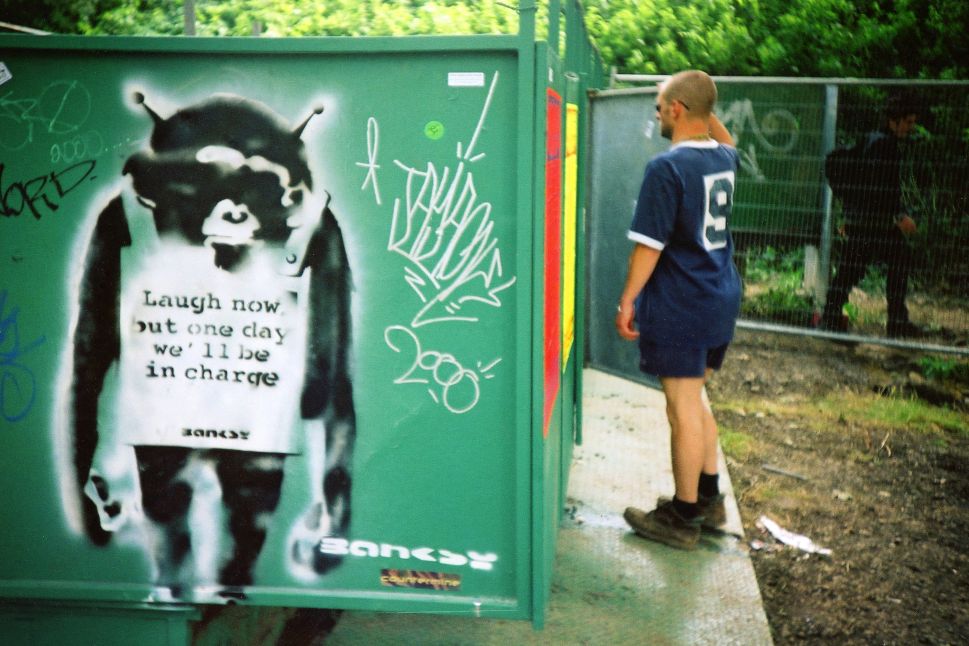