Economists and business leaders have been talking about recession for almost a year as the U.S. Federal Reserve’s anti-inflation interest rate hikes took a toll on economic growth and consumer confidence. In the first half of 2022, the U.S. economy unexpectedly shrank for two consecutive quarters, meeting the textbook definition of a recession. That worry faded somewhat in October after government data showed a 2.6 percent annual increase in the domestic gross product (GDP) in the third quarter. Whether 2022 will actually be a year of economic contraction hinges in part on how much Americans spend in the upcoming holiday season, which kicks off this weekend with the annual Black Friday shopping event.

Consumer spending makes up nearly 70 percent of the U.S. economic output, primarily measured by GDP. In recent years, holiday sales in November and December account for about 20 percent of total retail sales. Despite inflation flying at record high levels, shoppers are still expected to spend more this year—with a keen eye for good deals knowing that price increases have strained their budgets, consumer surveys suggest.

Overall holiday season spending this November and December is projected to grow 6 percent to 8 percent from last year to up to $960 billion, according to the National Retail Federation (NRF), a retail trade association. However, the estimated growth rate is only about half that of last year’s, which was the highest on record, thanks to a post-pandemic rebound in shopping activities. It would still surpasse the average annual increase in holiday season spending of about 5 percent over the past decade, NRF data shows.

“Consumers have become cautious—but they have not stopped spending,” said Jack Kleinhenz, NRF’s chief economist. “Growth is not as high as last year, but households continue to spend each month as more jobs, wage growth and savings backstop their finances and help them confront higher prices.”

A recent study by the Boston Consulting Group (BCG) paints a similar picture. A global survey of more than 9,000 consumers across nine countries published on Nov. 18 found U.S. shoppers plan to increase their Black Friday spending by 6 percent from last year to an average $445 per person.

Interestingly, though, consumers in other western economies burdened by high inflation are less enthusiastic about their local Black Friday events. Consumers polled by BCG in eight countries—Australia, Austria, France, Germany, Italy, Spain, Switzerland and the U.K.— universally say they plan to cut back spending this weekend. All told, shoppers surveyed in all nine countries expect to spend an average of $355 per person this Black Friday, much lower than the U.S. estimate. European consumers have seen steeper increases in energy and food prices than their American counterparts this year due to Russia’s war in Ukraine. Higher costs of living may have shrunk their holiday shopping budgets.

Heightened consumer interest in certain shopping categories may actually reflect a growing fear for recession, the survey found. About two thirds of the respondents polled by BCG said they will hunt for bargains this Black Friday weekend. “Consumer spending is changing as the impact of rising prices for food and energy lead consumers to look for more promotional purchases and make greater use of discount stores,” the consulting firm said in a report.

But in the U.S., at least, things are looking up. In October, consumer prices rose at a slower rate of 7.7 percent than previous months, according to Labor Department data released earlier this month, indicating inflation may have peaked. Meanwhile, consumer spending in September, the most recent month of available data, also increased despite persistent inflation, according to the Commerce Department. 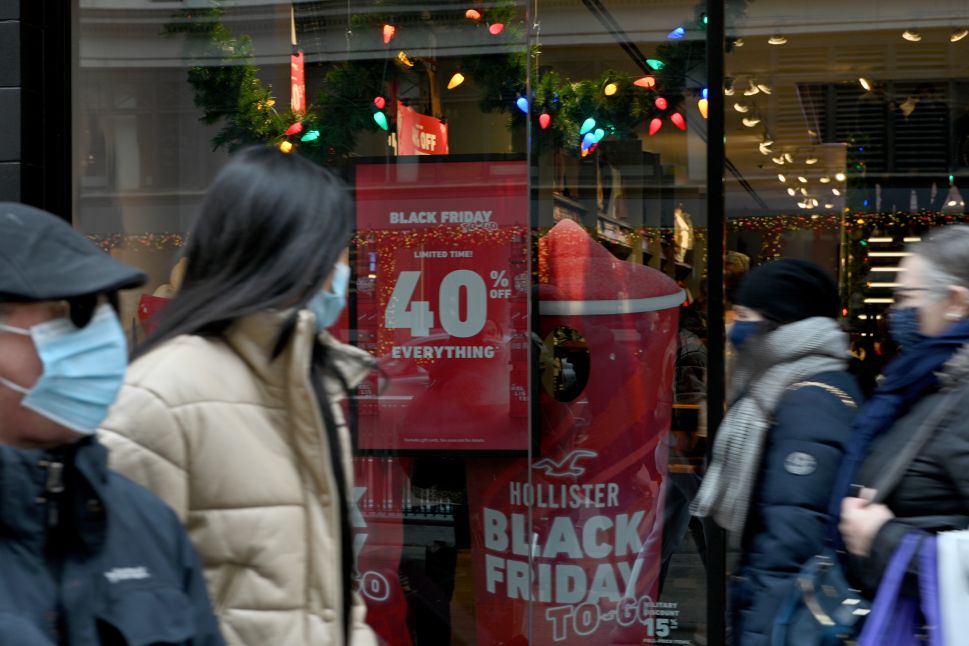