Bob Dylan and publisher Simon & Schuster apologized for selling books which they claimed contained Dylan’s handwritten signature, after fans realized the autographs were not authentic but automated reproductions.

A collection of essays by Dylan, titled The Philosophy of Modern Song, was released at the beginning of November. Around 900 copies of the book were marketed as a special edition signed by the musician and sold for $600, containing a letter of authentication from Simon & Schuster. However, collectors quickly took to social media after receiving the new release, pointing out similarities between the signatures.

They are autopenned. Fraudulent. Printed by a machine, not hand signed. pic.twitter.com/Bxsyv6JElC

Signatures made by autopens—automated autograph machines— are shakier than authentic signatures and typically contain pressure points made by the machine at the start and ending of each stroke, said Justin Steffman, an autograph authenticator at AutographCOA Authentication. Fans found at least 17 different variations of automated signatures in Dylan’s book, he said.

Dylan isn’t the first celebrity to be called out for his use of automated signatures. Autopens have become a widespread practice for books and CDs marketed as authentically-signed in recent years, said Steffman.  Fans have also accused stars like Brian Wilson, Reese Witherspoon and Dolly Parton of using automated signature machines. “Where’s the quality control at these companies? Where’s the integrity?” he asked.

Simon & Schuster initially rebuked the Dylan claims, said Steffman, who also runs an autograph collecting group on Facebook. “On the first day, everyone started emailing them requesting refunds,” he said. Collectors who reached out to the publishing company to express concerns that the signatures had been created with an autopen were assured by Simon & Schuster representatives that this wasn’t the case, according to comments on autograph forums.

But by Nov. 20, the publisher released a public statement admitting to the use of autopens. “To those who purchased The Philosophy of Modern Song limited edition, we want to apologize,” wrote Simon and Schuster in a tweet. “As it turns out, the limited edition books do not contain Bob’s original signature, but in a penned replica form.” The publishing company added it will be providing customers with refunds.

Dylan also apologized for the signatures a few days later in a Facebook post, where the musician said he began using automated autograph machines in 2019 after a bad case of vertigo and the onset of the Covid-19 pandemic.

Dylan said the autographs were “an error in judgement”

“With contractual deadlines looming, the idea of using an auto-pen was suggested to me, along with the assurance that this kind of thing is done ‘all the time’ in the art and literary worlds,” said Dylan. “Using a machine was an error in judgement and I want to rectify it immediately.” He additionally admitted to using an autopen to sign recent prints of his artwork and said that he’s working with gallery partners on resolving the issue. Castle Gallery, a U.K. gallery which sells Dylan’s prints, claimed it was unaware of the automated signatures and will be issuing refunds to buyers, according to a Nov. 26 statement.

“People bought the books up, $600 was a good price for Dylan,” said Steffman, adding that Dylan autographs are particularly valuable because the musician rarely signs in-person autographs. He estimated that while authentically signed books would have sold for $2,000 to $3,000 on the second-hand market, automated signatures bring the value down to $100. Ebay posts selling signed versions of The Philosophy of Modern Song, which have since been unlisted, included prices as high as $6,000. 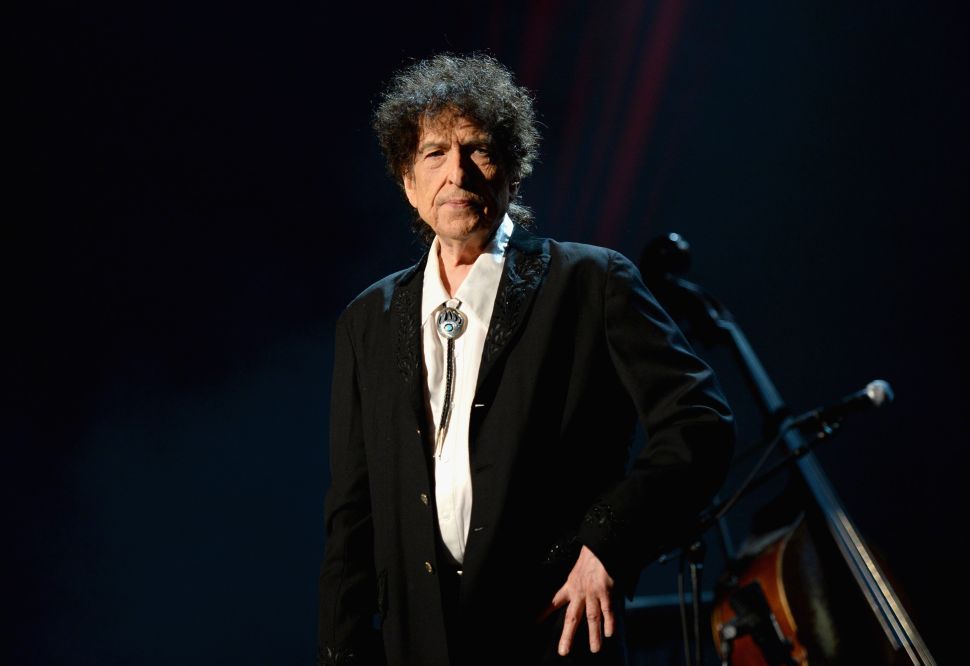