Robert Iger is returning to lead Disney as CEO just two years after he left, the company’s board of directors announced yesterday (Nov. 21). Though Iger insisted in January he wouldn’t go back to the company he led for 15 years, Disney’s worsening performance under his hand-picked successor, Bob Chapek, evidently prompted him to reconsider.

The returning executive is joining a club of so-called “boomerang” CEOs who have led their companies several times, including Apple founder Steve Jobs, Twitter founder Jack Dorsey, and Howard Schultz, the interim chief executive of Starbucks.

Though there are several notable exceptions, like Jobs, in general these CEOs tend to drag down company performance, according to recent research. But a few factors may work in Iger’s favor: He hasn’t been away from the helm very long, and appears to have more stakeholder support than Chapek.

Companies tend to slide when CEOs come back

When companies appoint boomerang CEOs, they tend to “perform significantly worse than other CEOs,” according to research published by the MIT Sloan Management Review in 2020. The researchers analyzed more than 6,000 CEO tenures, and found companies’ annual stock returns were 10 percent worse on average under returning CEOs compared to those serving in the role for the first time.

Among the high-profile CEOs who floundered after returning for a second time are Michael Dell, who returned to lead his namesake computer company in 2007 but took it private after six years, and Paul Allaire at Xerox, where the stock fell 60 percent during his second tenure. A.G. Lafley, a two-time CEO at Procter & Gamble, didn’t achieve the “Steve Jobs-like sequel” the consumer goods company sought when he took over in 2013.

The negative effect of boomerang CEOs is especially true in industries that evolve quickly, said Travis Howell, an assistant professor at University of California-Irvine’s business school who co-authored the research.

“In fast-changing, dynamic industries, the company has changed so much between the CEO’s two stints that sometimes they just barely recognize the company,” he said. “They keep trying to do the same old thing, when really it is time for a new approach.”

Though media and entertainment certainly is “fast-changing and dynamic,” one thing working in Iger’s favor is he hasn’t been away from Disney for very long, said Howell. The research Howell worked on also found that the longer time boomerang CEOs spend in between stints, the worse they tend to perform. Although Iger stepped down as CEO in 2020, he stayed on as chairman of the board until last December.

What’s more, Iger “has his reputation going for him,” said Howell. During Chapek’s short tenure, he drew stakeholder scrutiny for pursuing a major reorganization to focus more on streaming, waiting months to respond to Florida’s “Don’t Say Gay” bill targeting LGBTQ+ education, and mishandling a lawsuit by actor Scarlett Johansson, who sued the company for releasing her film Black Widow on streaming and in theaters at the same time. Disney’s stock has dropped 38 percent percent since the beginning of the year. By contrast, the S&P 500 index is down 17 percent. Recent quarterly earnings that missed analysts’ expectations intensified pressure on Disney to rethink its strategy.

Iger’s reappointment as CEO could certainly raise concerns about “board capture,” the theory that the board of directors of a company are more aligned with the interests of management than shareholders, said Charles Elson, founding director at the University of Delaware’s Weinberg Center for Corporate Governance. Disney has a decades-long history of corporate governance controversies dating back to former chief executive Michael Eisner, whose influence over the company’s board came under scrutiny in 2004 when he hired a friend, Michael Ovitz, to serve as Disney’s president, then sent him off with a $140 million severance package after just 14 months.

There is some logic to Disney’s decision to reappoint Iger, given he understands the business, said Elson. But the fact Iger was highly involved in picking a candidate who didn’t work out raises bigger questions for the board, as does the decision to grant Iger a two-year contract, rather than bring him on temporarily.

“If someone took you into the woods and got you lost, are they the right person to take you out of the woods?” said Elson. “There will certainly be questions raised about what’s happened, and there should be.”

Still, if Iger does manage to boost Disney’s performance, he could join the ranks of a handful of boomerang CEOs credited with turning a company around, rather than running it further into the ground. Steve Jobs returned to Apple as CEO in 1997, more than a decade after he was fired, and subsequently helped build it into one of the most valuable tech companies in the world. During Howard Schultz’s second tenure as CEO of Starbucks from 2008 to 2017, the coffee chain’s stock rose more than 500 percent, though his more recent stint as interim CEO has been rockier. 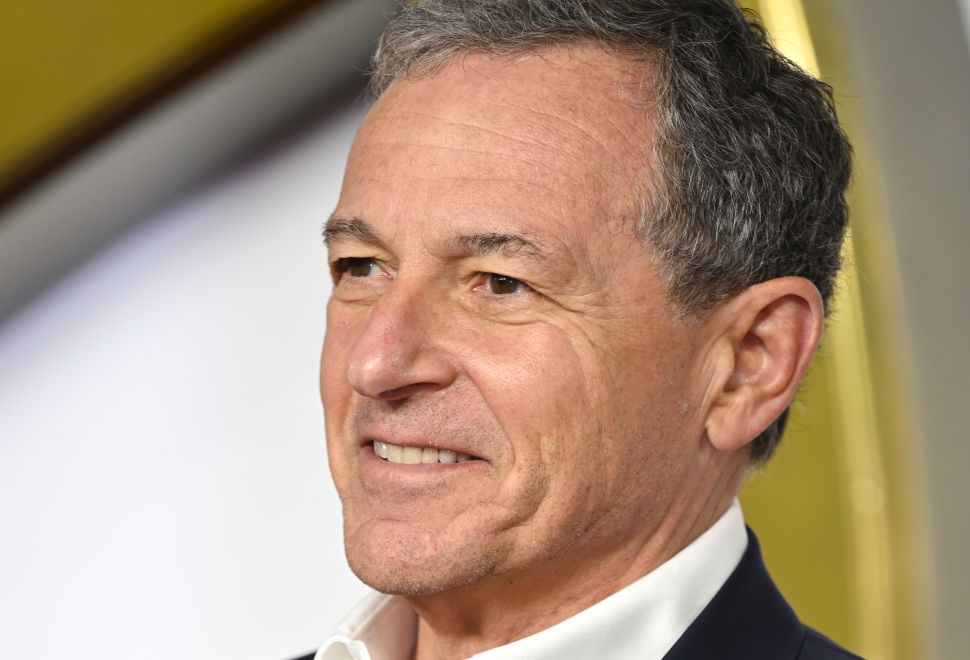