When Bruce Norris’ Clybourne Park won a Tony in 2012, he became the first playwright to achieve the hat trick of winning the Tony Award for best play, the Pulitzer Prize for drama and the Olivier Award for best new play. It may have come as a surprise to him, though. Norris assiduously avoids reading reviews.

So he remained blissfully unaware—as per his own instructions—of the waves of raves from the critical community that greeted the recent opening of his tragicomedy Downstate at Playwrights Horizons. His girlfriend quickly scanned the glowing notices and summarized them all simply as, “They’re okay.” Thus Norris has no idea when he’s topped himself—“his most serious, successful and difficult work,” was the opinion of one learned aisleman when the play originated in 2018 at the Steppenwolf in Chicago.

Downstate is a difficult play about difficult subject matter. It’s set in a group home where pedophiles live after release from prison. The surrounding community throws stones at them—literally—but the play seeks to do something different, more complicated and morally challenging.

The title has a twin meaning: “In Illinois, they refer to anything outside Chicago as downstate—usually smallish bergs where sex offenders are required to live or prohibited from certain cities,” explains Norris. “It also refers to the very down state that the characters find themselves in.

“Six weeks ago, there was a story about the city council of Joliet passing a measure to build a children’s playground in the middle of the city, not far from a sex-offenders’ halfway house. They wanted to rid the area of them, so rather than pass legislation for this, they said, ‘We’re going to build a playground here to force the relocation of the sex offenders.’ These are on-going stories.”

In addition to a shrinking world, the sad cases who inhabit the dingy halfway house of Downstate are subjected to a parole officer who shows up regularly to check their ankle monitors and make sure they don’t have smartphones or access to the internet. Then, there’s the uncharted visit of one of the offenders’ victims, Andy (Tim Hopper)—with shrewish wife in tow (Sally Murphy)—seeking closure by confronting his old music teacher, Fred (Francis Guinan), who molested him when he was 14. Hitting Fred is like punching Tar Baby: no impact, just absorption and profuse apologies.

Norris named the character Fred to invoke the beloved Fred Rogers. He appears harmless. He’s now wheelchair-bound, the consequence of having his spine broken by a prison inmate with a steel-toed boot. The issue Norris examines here is the retribution taken against pedophiles, or the way that this retribution can go unquestioned.

Norris mentions Spotlight, 2015’s Oscar-winning Best Picture which dramatized The Boston Globe’s reportage on the Archdiocese of Boston’s cover up of child abuse by Catholic priests. It was in following the story of one priest, Father John Geoghan, who’d been reassigned to new churches rather than arrested that a pattern of sexual abuse was exposed.

“When those stories came out, the person who was the target was Father John Geoghan,” says Norris, who remembers that Geoghan even has a fleeting moment in the movie. “He was seemingly harmless but confused older man—and the movie quickly cut away from that scene, which I thought was potentially the most interesting scene in the movie. Yet what they made it about was the crusading journalists who succeeded in getting that man thrown in prison, where he was beaten to death two years into his sentence.” The movie fails, Norris feels, to “in any way consider the effects of the reporting achieved.”

When Fred’s victim Andy confronts him, they are constantly interrupted by the comings and goings of three other pedophiles sharing this group house: Gio (Glenn Davis), a lower-risk offender; Felix (Eddie Torres), who molested his daughter; and Dee (K. Todd Freeman), a one-time dancer-actor who developed a “meaningful” two-year consensual relationship with one of The Lost Boys during Cathy Rigby’s tour of Peter Pan.

Norris’ depiction of life in this home was based on research, though Dee’s character is one he has some degree of first-hand insight into, having grown up in Houston as a child actor, trooping around in The Sound of Music and such.

“One thing you can say about the milieu I grew up in—it was not sexually restrictive,” he says. “I was exposed to much of it, and no harm came to me, but I was certainly aware sex was a scary yet intriguing thing for a child. My friends experimented with gay sex, group sex, relationships with older men or older women. It was a very weird conflict between those two representations of the world—what the musical I appeared in represented and what life backstage was actually like.”

In Downstate Norris pokes at moral complexities. The villains are also targets. “I’m not, in any way, endorsing pedophilia,” he says. “But I think society needs to identify a collective villain that we can persecute in some way. I think it’s kind of essential for societies to point to, ‘Well, there’s a witch, and the witch lives in our town, and we need to burn the witch,’ or ‘There’s a dangerous Black man we need to lynch in the town.’ There’s something primal that makes us want to identify and persecute a collective villain. And I think pedophiles are a very convenient target. I grew up among them and wasn’t harmed by them, but I know a number of people who were.”

Is it enough or is it too much? That’s the question about repeat punishment for sex offenders. “Sex crimes are the only ones that are subject to the need for perpetual punishment, that there is never going to be a net-point to the punishment,” notes Norris. “Murderers do their time, and we hope they’ll be rehabilitated, but the folk lore that surrounds pedophiles and sex offenders is that they’re incorrigible and will recidivate at an extremely high rate. The facts are that sex offenders recidivate at a much lower rate than most violent criminals. Part of the reason they say, is because of the social stigma to what they’ve done. So if you think the greatest good will be served by a permanent isolation for those people to prevent any possible chance of recidivism, isolation is the only way. It’s weird we put that stigma on that group of crimes alone and on nothing else.” 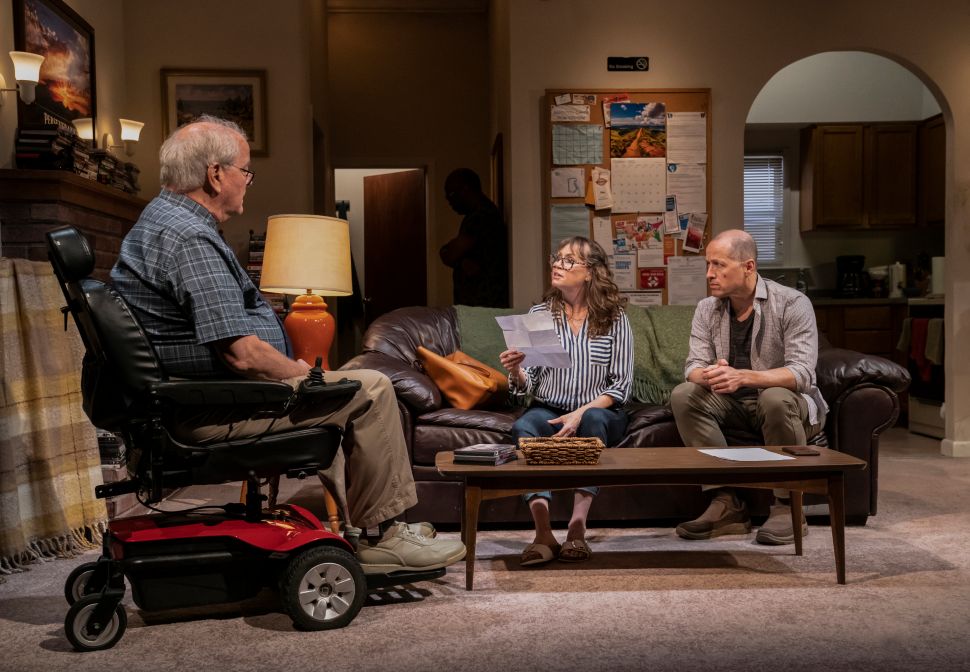