“Mom, pickleball is actually… fun? Please don’t write anything bad about it.” This plea from my ten-year old makes sense only in communities like ours, where the pastime, born in the Pacific Northwest in the mid-1960s, has become newly polarizing. In our neighborhood, Manhattan’s West Village, parents have organized to protest the influx of pickleball into parks and playgrounds where kids play while adults socialize on the sidelines. The conflict is national, but doesn’t always play out as innocent children defending precious recreational space against affluent adults participating in America’s fastest-growing sport. In Seattle, territorial tennis players cordon off courts from retirees and families who they complain are “cannibalizing” their facilities with an inferior activity that requires less skill and fitness than their established racquet sport (a trait pickleball fans celebrate rather than dispute). In California and Georgia, the animosity has escalated to outright vandalism, while a group of leftist tennis players in Brooklyn penned a high-flown manifesto that warns pickleball is a neoliberal conspiracy to destroy the “radical collective imagination.”

This column comes late because when I decided to write about pickleball, I couldn’t shake the sense that there was something amiss in the dominant framing of intractable conflict. As the examples above exhibit, this is no clear-cut David and Goliath case. The tonally distinct complaints about pickleball as an elite, adult leisure pursuit that deprives children of free play or, alternatively, as a crude game favored by doddering retirees and other athletically unserious types reveal that pickleball’s place is far from fixed in our collective imagination. I couldn’t quite accept that a pastime democratically billed in 1977 as empowering “the “97-pound weakling to kick sand in the bully’s face” was primarily a social ill.

I was puzzling over this when a text lit up my phone. Turns out that my daughter’s affinity for pickleball was borne of a very specific interaction: a group of thirty-something pickleball players had set up a net in the playground that doubles as her schoolyard—and which has become such contested terrain that our principal used it as an allegory for the decline of civic cooperation. But this Friday afternoon, they had asked my daughter and her friends if they wanted to learn to play. The text was from an old gym acquaintance, now apparently a pickler, who had recognized my daughter among “some cute kids” on the court with her crew.

I watched the brief, and yes, adorable, video of fifth graders obviously delighted by this game with the funny paddles, coached by grownups who my daughter described as “younger than you, Mom.” In any other context than our neighborhood pickleball turf wars, this Friday afternoon scene of a bunch of young adults teaching some little kids a new game would be unremarkable. Perhaps it suggests a path forward.

My gym friend-cum-pickler referred me to a leader in the local scene: Lydia Hirt, a 37-year old marketing director in publishing, who is a USA Pickleball co-ambassador and who pens a pickleball lifestyle newsletter called Love At First Dink. “Pickleball has become the thing that brings me the most joy and has changed my life in all the great ways,” she told me, “I have just met the most wonderful community, everywhere I go.” And if a pickleball community doesn’t exist, Hirt creates it: after discovering the sport in Florida with her sexagenarian parents during the pandemic, she found few enthusiasts while visiting Chautauqua, New York, so helped seed a scene that still exists. Hirt’s energy for her off-the-clock pickleball life feels boundless. She eagerly spoke with me on a Saturday despite being en route to an all-women’s pickleball event she had organized (and to which she invited me). There’s no thrill like introducing newbies to the sport, she gushed, and told me about a French family visiting New York who were charmed by pickleball both for its familiarity (thanks to tennis) and its refreshingly sharp learning curve. She documents it on her Instagram and is working on writing a pickleball romance novel with her sister.

True believers are easy marks for mockery, but Hirt’s pickleball passion struck a chord with me. I’ve never so much as picked up a paddle, but her proselytizing reminded me of how I felt when in my twenties, I discovered a fitness class that had so transformed my sense of self and the city, I integrated it into every aspect of my life I could, from getting certified to teach to co-founding an kids’ wellness education program, to ultimately writing a book about exercise culture that took me the better part of a decade. Like pickleball, this program struck many people as a little weird, its acolytes a little cultish. Also like pickleball—invented by a family who sought an activity accessible to all ages and abilities—this class comprised a community far more diverse by almost any identity category than my professional and social circles, not to mention the gyms disproportionally populated by the thin, young, and affluent.

The caricature of people who frequent fitness classes as athletically unserious and superficial always struck me as unfair, and the ridicule of pickleball players as entitled elitists similarly stings, since the relative affordability and accessibility is what draws so many to the sport. Of a recent West Village community board meeting during which pickleball took up most of the agenda, Hirt commented that she was “taken aback by the negativity” given that “we are all so privileged.” Full disclosure: I was one of the nearly four thousand community residents who signed the petition to “save Horatio Park” that was under discussion, as both of my children have trudged home from the park frustrated by pushy pickleballing adults. But my daughter’s brief encounter, and the earnestness of Hirt’s inclusivity—she carries around extra paddles so curious passersby can participate, and personally tries to defuse brewing conflicts—gave me pause, and maybe even hope.

Community, physical activity, and playful, multigenerational recreation, all entirely offline: these are the experiences everyone needs more of in our late-era pandemic, and picklers and parents are understandably protective of the few places they can be found in our crowded cities. The solution to these battles, however, will not be found in the altruism of individual pickleball enthusiasts – or in swank new private facilities and celebrity TV specials – but in policies that create more public recreation space, for people of all ages who have never needed it more. The seeds of such collaboration exist: local pickleball players are lobbying for better lighting that could extend opening hours of parks and benefit overall public safety. A Portland plan to build new pickleball courts and a skate park is a reminder that resolving these tensions over recreational space is possible, but also that they are inseparable from the more serious struggles cities face: these new facilities will satisfy play-seeking children and adults, but will displace an encampment of unhoused people. 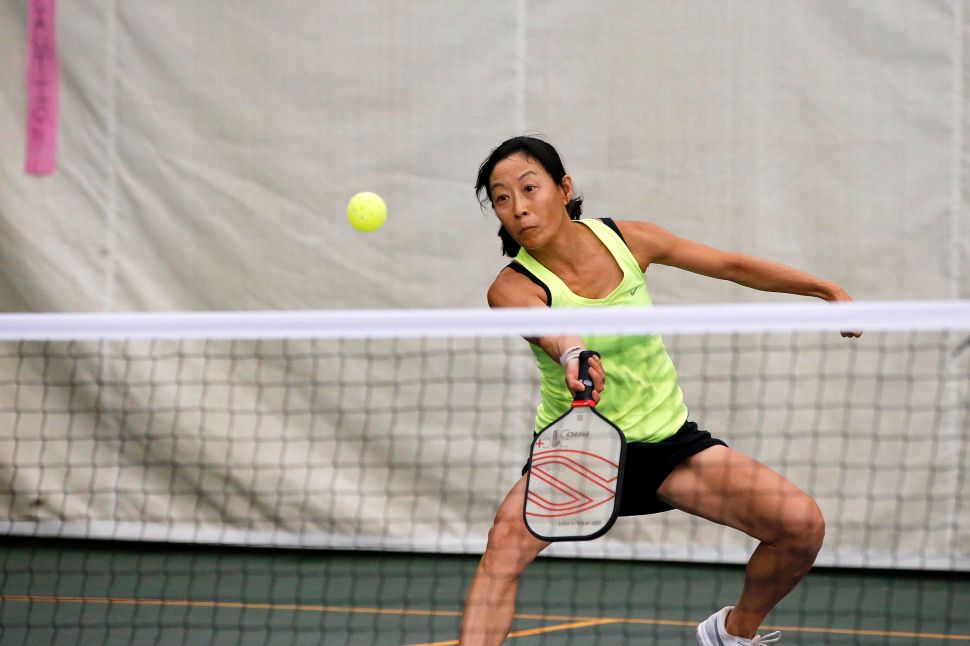