Christie’s withdrew a Tyrannosaurus Rex skeleton from auction 10 days before the sale was scheduled to take place, after experts pointed out similarities to another skeleton sold two years ago.

“After consultation with the consigner of the Tyrannosaurus Rex scheduled for sale on 30 November in Hong Kong, Christie’s has decided to withdraw the lot. The consignor has now decided to loan the specimen to a museum for public display,” said Edward Lewine, a spokesman for Christie’s, in a statement.

Estimated to sell for $25 million at auction, the dinosaur bones, nicknamed Shen and unearthed in the Hell Creek Formation in Montana, were touted as the first T-Rex to be auctioned in Asia.

Christie’s announced its change of plans shortly after lawyers from Black Hills Institute of Geological Research, a company that excavates and sells fossils, notified the auction house of similarities between Shen and Stan, another T-Rex sold by Christie’s in 2020, the New York Times reported.

After experts from Black Hills Institute pointed out parallels between the skulls of the two skeletons, Christie’s revealed that some of Shen’s bones were actually casts from Stan, information which previously hadn’t been revealed to the public. 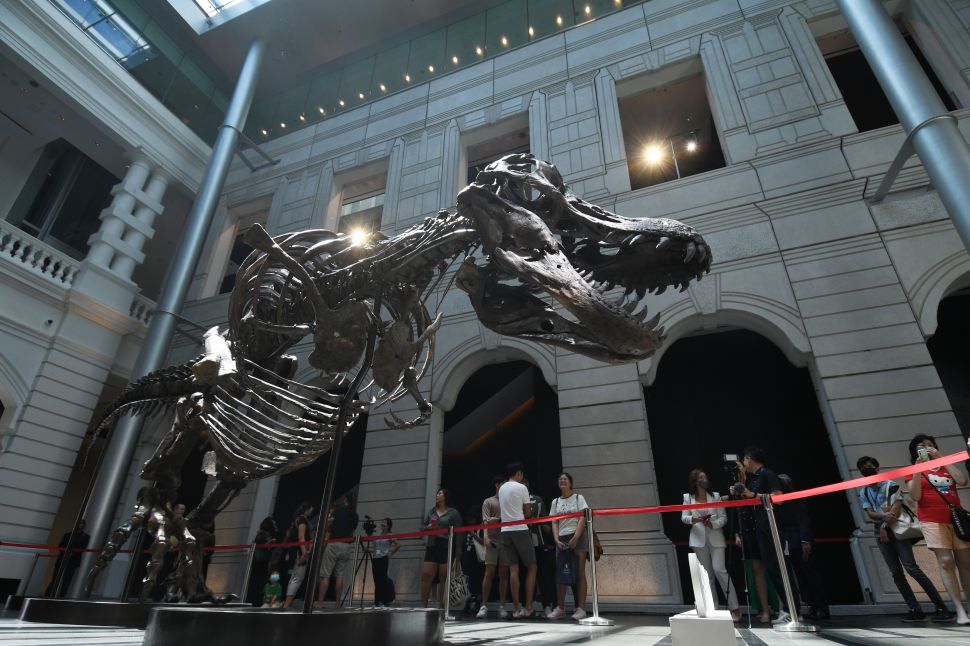