Shortly before Elon Musk officially acquired Twitter, the Washington Post reported the billionaire had plans to lay off 75 percent of the social company’s workforce, citing concerns it had grown too “bloated” in conversations with potential investors and other parties interested in the deal.

Musk’s acquisition resurfaced a question that has long been a subject of curiosity on workplace message boards such as Quora and Blind. Does Twitter actually need 7,500 employees? And what do all those employees do?

I have often said that the headcount bloat at big tech companies is hard to understand. Twitter is one example, given the product is basically just posting text strings like this.

What DO all 8,000 of its employees actually DO? https://t.co/kwapTROs0e

Though Twitter has fewer employees than competitors such as Meta, LinkedIn, or TikTok, the company has only been profitable for two years (in 2018 and 2019), and its revenue lags behind the other major social media platforms. The company laid off 30 percent of its talent acquisition team in July, but the cuts Musk is said to be considering would affect teams across the company.

While Musk is under pressure to ramp up Twitter’s revenue while reducing costs, there’s a danger he could move too quickly and eliminate roles the company needs to function. Wide-sweeping cuts could also damage employee morale, and send the best workers looking for the exit, said Eric Talley, a law professor at Columbia University who specializes in corporate law, including mergers and acquisitions. “Your best employees, when they see some of the other really good employees being let go…they start polishing up their resume.”

The bulk of Twitter’s employees work in engineering and business development, according to LinkedIn data, followed by sales and marketing. Business development roles are wide-ranging, but may include jobs overseeing the company’s developer platform, which allows developers to use Twitter within their own applications, and product partnerships. From 2019 to 2021 Twitter’s headcount grew from 4,900 to 7,500, as it went on a hiring spree to invest in audience growth.

Though Twitter had just 217 million estimated daily active users at the end of last year—a fraction of competitors such as Meta’s Facebook, which reported 1.93 billion daily active users in 2021—there’s more to running the site than meets the eye, some former employees have argued.

“It is not just a little simple website,” Christopher Carlson, who worked on Twitter’s product team, argued in a Quora post five years ago questioning the company’s headcount, which was then around 3,000. “Just to support the infrastructure you have systems engineers, network engineers, hardware engineers, database administrators, data center operations, and many more. That doesn’t even start to include engineering staff to innovate and maintain the application.”

More recently Edwin Chen, a data scientist who worked at Twitter from 2011 to 2013, told the Washington Post that while he believed Twitter was overstaffed, imposing cuts like those Musk has reportedly discussed would make it harder for the company to moderate offensive material on the platform, such as child pornography.

Bloated headcount isn’t a problem that’s unique to Twitter. In recent months other tech companies, including Zillow, Robinhood, and Shopify, have laid off workers after scaling up too quickly. Still, few have imposed sweeping cuts like the one reportedly discussed by Musk.

“I don’t know how so many people work at Twitter,” said Ed Zitron, a public relations professional who writes a newsletter about tech and culture, and published an op-ed for The Information earlier this year about Silicon Valley’s penchant for over-hiring. “No matter how well or poorly the company is run, arbitrarily firing 75 percent of people is insane. It shows a complete lack of respect for the company you purchase.”

The pace at which Musk’s layoffs appear to be moving is somewhat surprising, said Talley, the Columbia law professor. Though layoffs aren’t unusual following acquisitions, they typically happen after a period of several months.

“The new owners are trying to get a sense of how the company operates,” Talley said. “It is pretty surprising to see an acquirer say immediately, ‘I’m gonna start dispatching and laying off employees and executives.’”

What’s more, the nature of the acquisition could make it tricky to cut employees without sacrificing certain elements of the business, he said. If another company in the same industry were taking over Twitter, Talley said, “they already have people that do content moderation,” for example, and would presumably have a team ready to fill the shoes of laid-off workers. But in this case, Twitter isn’t merging with any other company, and there’s a danger Musk lays off workers he ends up needing later.

Bob Staedler, a consultant who advises companies primarily based in Silicon Valley, said he encourages business leaders to be mindful of letting valuable experience walk out the door in situations like this.

“You don’t want brain drain,” he said. “If you cut it the wrong way, it’ll take years for you to re-hire and retrain people, to figure out how to get the work done.” 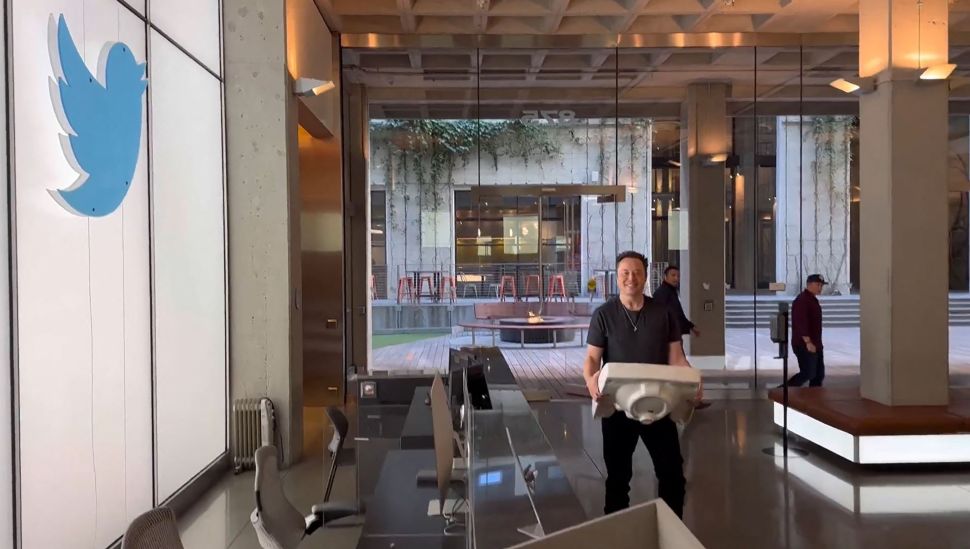