Elon Musk already had his hands full managing Tesla, SpaceX, The Boring Company and Neuralink. Since becoming the owner of Twitter in late October, his work schedule has gotten even more hectic and he now works about 120 hours a week, the world’s richest man said at the annual Ron Baron Conference in New York City on Nov. 4.

“My workload went up from about 70 to 80 hours a week to probably 120,” Musk said during an onstage interview with Ron Baron, a billionaire mutual fund investor whose firm, Baron Capital Group, hosted the conference. Baron Capital Group is a shareholder of Musk’s Tesla.

“Go to sleep, I wake up, work, go to sleep, work, do that seven days a week,” Musk described his recent daily routine. Musk, looking clearly sleep-deprived, said he’d just landed from a red-eye flight to attend the conference.

Musk officially completed his $44 billion acquisition of Twitter on Oct. 27. Since then, he has made a series of drastic changes at the social media company, including firing several senior executives and about half of its 7,500 employees. He has also ordered the remaining staff to return to the office and plans to launch a monthly payment system for Twitter’s verification mark as soon as this week.

Musk said at the Nov. 4 conference he hopes his grueling work schedule won’t last forever. “Once Twitter is set on the right path, I think it is a much easier thing to manage than SpaceX or Tesla,” he said.

As busy as he claimed he was, the Tesla and SpaceX CEO recently made time to attend supermodel Heidi Klum’s Halloween party in New York City on Oct. 31. He dressed as a Samurai warrior in a red and black armor set made by New York’s costume store Abracadabra. 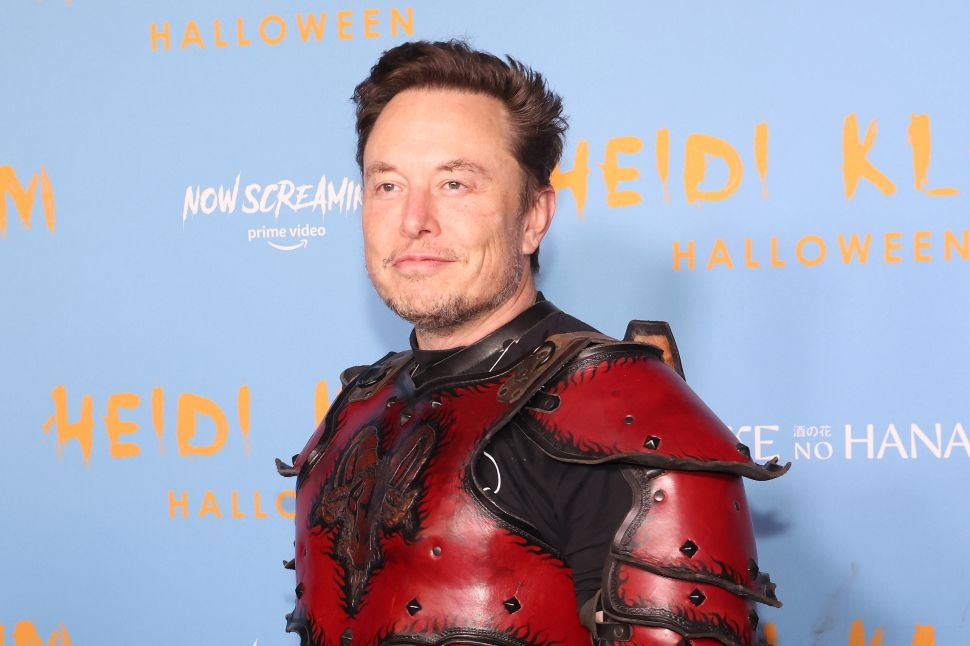