The demise of cryptocurrency exchange FTX has brought an end to FTX Arena in Miami, or at least its name. Naming-rights deals, in which companies spend up to $500 million to put their names on sports facilities, have captured the interest of fast-rising financial technology companies in recent years. However, these expensive advertising campaigns aren’t always sound investments and companies splurging on them often have under-performing shares, a sign their corporate grandiosity affects other dimensions of their business, research finds.

In March 2021, FTX struck a 19-year, $135 million deal with the Miami Heat NBA team and Florida’s Miami-Dade County, which owns the stadium, to put its name on what previously was known as the American Airlines Arena in Miami. The stadium was renamed FTX Arena in June 2021.

Just 17 months later, the Heat and Miami-Dade County called off the deal following FTX’s bankruptcy, which trigger a default clause in their contact. In a joint statement on Nov. 12, the Heat and the county said the news of FTX’s unraveling was “extremely disappointing” and called for an immediate end to their business relationship.

FTX also has a deal with the Major League Baseball, signed in June 2021 for an undisclosed amount, as the major league’s first ever umpire uniform sponsor. MLB umpires have been wearing the crypto exchange’s logo on their sleeves since July 2021. That partnership is still in effect.

Stadium-naming deals are highly-visible marketing tools for companies to promote their brands. But they are often fixed-term contracts that can last a decade or longer and may put a company at a disadvantage when deals fall apart. When FTX lost its naming rights to the FTX Arena, it is still on the hook to pay three years of contract fees, or $16.5 million, thanks to a clause in its agreement that says in the event of a default by FTX, which includes a bankruptcy event, the exchange will be liable to pay three years of contract fees, within 60 days, according to CoinDesk.

Companies that invest in these expensive campaigns tend to have a poorer stock performance than their industry averages and major indexes, said Patrick Nave, a mathematician turned investment advisor, in a study earlier this year.

Nave, the author of the Axiom Alpha, a weekly financial newsletter, analyzed 10 companies with stadium-naming rights deals of longer than five years, including Bank of America, Ford, MetLife and others, and found that most of these companies’ stock returns over the sponsorship periods lag behind S&P 500 index and exchange-traded funds tracking their respective sectors.

“How a company’s management team makes one $100M+ budget decision reflects on how they make all decisions,” Nave wrote in an Axiom Alpha letter in June. “If stadium names don’t provide a good ROI, then a company that buys them probably makes lots of other bad purchases too.”

Nevertheless, it’s increasingly common for large event venues to be named after fintech companies. Last year, Intuit, the owner of TurboTax and QuickCheck, bought 23 years of naming rights to the NBA’s Los Angeles Clippers’ new home arena for $500 million. The arena, still under construction, will be called Intuit Dome. A nearby stadium, home to the NFL’s Los Angeles Rams and Los Angeles Chargers, is named after SoFi, another fintech company.

“If I personally held any private stock in Crypto.com, I’d be looking to offload it as quickly as possible,” Nave wrote. 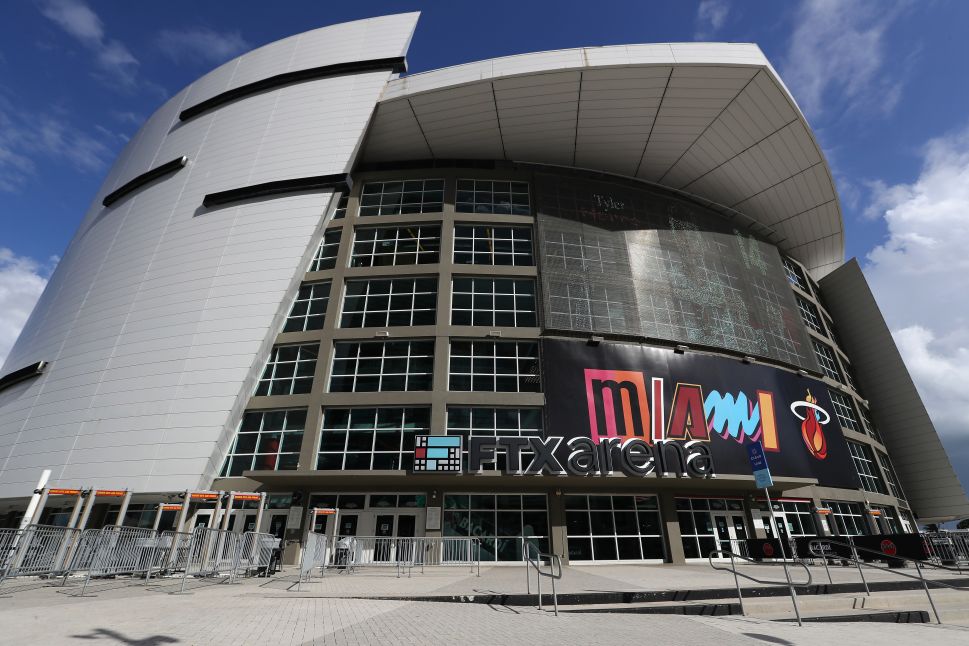