After Yale Law School said it it would no longer participate in law-school rankings from US News & World Report, numerous top-ranked universities have followed its lead this week and expressed frustration at the ranking’s methodology.

Citing the ranking system’s failure to emphasize careers in public interest law and loan forgiveness programs, Manning additionally raised concerns about how the list incentives law schools to direct financial aid towards applicants with high standardized test scores and college grades, instead of those with financial need.

Manning also said the debt metric adopted by US News in recent years is confusing, as it doesn’t clarify when universities lower debt through financial aid or through admitting students with higher-incomes.

“Over several years now, a number of schools—including Harvard Law School—have brought to the attention of US News, either directly or through the US News Law Deans Advisory Board, the concerns that have motivated us to end our participation in the US News process,” said Manning.

This sentiment was echoed by Erwin Chemerinsky, dean of Berkeley’s Law School, which was listed at No. 9 this year and withdrew from the US News rankings on Nov. 17.  “It is not about railing against rankings or complaining that they “hurt” us in some way,” said Chemerinsky. “However, there are specific issues that we have struggled with for years, and raised with leadership at US News to no avail.”

Four law schools have already withdrawn, while others consider their options

Some of these issues include disregarding graduate students pursuing advanced degrees and careers in academia, said Chemerinsky, in addition to its measure of per student expenditures, which he said don’t correlate to the quality of education received. “Now is a moment when law schools need to express to US News that they have created undesirable incentives for legal education,” he said.

The most recent university to end its participation with US News is Georgetown’s Law School, which on Nov. 18 announced its decision to also not longer participate in the rankings. Dean William Treanor emphasized US News’ rewarding of schools with large endowments, which he said encourages universities to raise tuition, and echoed the previous schools by stating his frustration at US News for failing to listen to law school deans on possible methodology improvements. Georgetown was ranked No. 14 on the 2022 US News law school ranking.

And it looks like other top-ranked universities will soon follow suit. The University of Pennsylvania’s law school, ranked No. 6 by US News, applauded the other universities for raising key questions about the list.

“Among the problems with the current system, the US News algorithm severely undercounts money spent on financial aid for students, while fully rewarding schools for every dollar spent on faculty and administrator salaries and other operating expenses,” said Meredith Rovine, a spokesperson for the university’s law school, in a statement to the Observer. The University of Pennsylvania is “evaluating this rapidly evolving situation and assessing a process for our own decision-making,” she said.

Meanwhile, Stanford Law School, ranked No. 2, has “long been concerned about the US News law school ranking methodology and will be giving this careful thought,” spokesperson Stephanie Ashe told the Wall Street Journal. 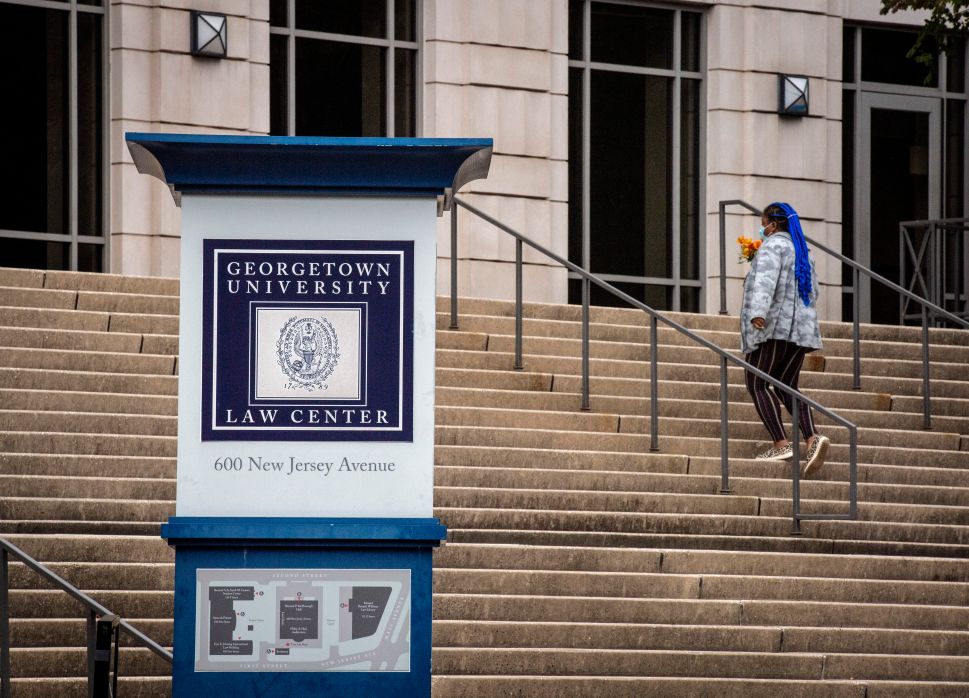