Brian Nguyen refers to himself as a “whale,” a cryptocurrency term used to describe collectors of high-value non-fungible tokens (NFTs). “I’m interested in buying the expensive, higher-tier ones,” said Nguyen, a venture capital advisor based in Los Angeles.

But recently, the 28-year-old hasn’t been focused on popular and pre-established NFT collections like those from Bored Ape Yacht Club or CryptoPunks. He’s been buying Reddit Collectible Avatars, a new NFT initiative from the community-based social platform.

Despite only being four months old, Reddit’s NFT marketplace, called Vaults, has already become a $10.5 million market. And with 2.3 million Reddit Avatar owners, the platform’s number of active users has surpassed those on OpenSea, which touts itself as the biggest NFT marketplace. Reddit’s Collectible Avatars, variations of the website’s signature mascot, Snoo, are designed by artists who are active on the platform’s comic and digital art sub-communities. With a price range of $10 to $100, they are generally accessible and can be purchased via credit card. But the avatars have been quickly selling out, fetching high prices on the secondary market.

Nguyen estimates he’s spent more than $100,000 on Reddit Avatars so far, primarily through purchases on OpenSea. He’s particularly interested in a collection of Reddit Avatars called Midas Touch, and has already purchased five of the gold-colored avatars for $15,000 each.

NFTs give users social power within their communities

Reddit’s avatars are used as profile pictures for Reddit users, giving the images a glow-like effect when they comment in forums. “People don’t know who you are when you make a post on Reddit, but an expensive NFT gives you more credentials,” said Nguyen. In addition to considering them a long term-investment, he calls the avatars a “social flex,” akin to driving an expensive Ferrari or Lamborghini. And in terms of instant recognition, Nguyen said an avatar profile picture is the equivalent of being granted a blue verified tick on Twitter.

With Twitter’s verification system undergoing changes under the helm of new CEO Elon Musk, the social media platform may take cues from Reddit Avatars and adopt something similar in the future, according to Andrea Baronchelli, a professor at City University of London who studies the crypto and NFT space. “It’s a new tool, very flexible. It’s perfect for community engagement,” he said.

Reddit chose to store its NFTs on a blockchain called Polygon because of its low-cost and sustainability commitments, according to a press release. “The system is easy and efficient,” said Baronchelli. “And the fact that there’s low fees is very appealing.” The use of credit cards as payment further simplifies the process, said Baronchelli, as it ties the abstract concept of the blockchain to something used on a daily basis in reality. “Simplicity is the crucial thing,” he said.

An important part of Reddit’s surprising NFT success is the platform’s community, according to Merav Ozair, a blockchain expert and fintech professor at Rutgers Business School. The majority of NFT and blockchain users discuss their activity on platforms like Reddit, in addition to Telegram and Discord. “This is where you’ll find them” said Ozair. “Reddit’s creating something for the community itself.”

While Reddit isn’t as widely used as social media sites like Twitter or Instagram, Ozair said the Avatar concept could eventually move to these platforms—especially since they’ve already expressed interest. In January, Twitter announced NFTs could be used as profile pictures for members of the Twitter Blue subscription service, while Instagram in August began testing “Digital Collectibles,” and allowing a handful of creators to share NFTs on the platform. “Now, after Reddit, maybe they have a business model of how to do it,” said Ozair.

Despite the popularity of its NFTs, Reddit refuses to use crypto terminology

Another factor in Reddit’s success has been the push towards avatars by various companies, as a way to incorporate NFTs. “It’s a theme I see everywhere. Creating an avatar is what everyone is talking about right now: JPMorgan, Microsoft, big fashion designers,” said Ozair. In February, JPMorgan became the first bank to enter the metaverse, creating a lounge in the blockchain-based world Decentraland where people can attend as digital avatars. Microsoft in October announced ‘Mesh avatars’ for Microsoft teams, where attendees in meetings are replaced by digital versions of themselves. And in 2021, Gucci partnered with social media app Zepeto to create 3D avatars that can be dressed in Gucci outfits.

NFT avatars are particularly useful when it comes to social media, since they can be used as a form of authentication, according to Ozair. “Because it’s one of a kind, if I own it, only I own it and nobody else can pretend it’s them. That has a great power.”

One noticeable aspect of Reddit’s new initiative is the absence of the phrase ‘NFT’ or any other cryptocurrency jargon. “They chose a good path in branding,” said Arun Sundararajan, an NYU professor specializing in digital technologies. “There’s sort of a mixed association in people’s minds about NFTs right now.” In recent months, crypto and NFTs have been associated with scams and severe financial downturns.

Distancing itself from this type of terminology also made the process less scary to consumers, said Sundararajan. “Reddit is holding the user’s hand, making it seem like a more natural purpose than something in the blockchain world.” After the advent of the internet, user-generated websites like WordPress and social media platforms emerged after a realization that the majority of the population needed an easier form of entry, said Sundararajan. “Its success was partly driven by the fact that people didn’t want to deal with uncertain technological details.”

While NFTs have been surprisingly difficult for users to access, Reddit simplified the process by using understandable terminology, integrating its new market into a familiar platform and not bothering or intimidating consumers with the actual technology behind its avatars, said Sundararajan. “I think a lot of Web3 companies haven’t learned that yet.” 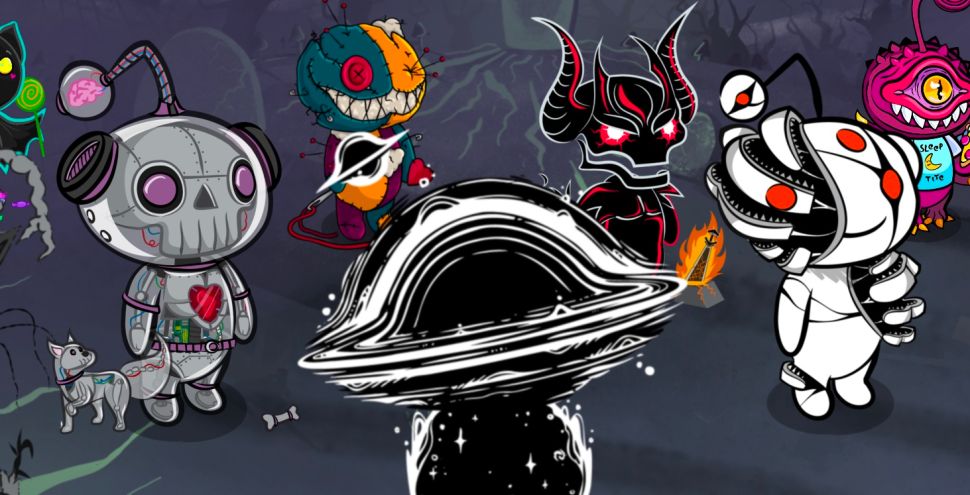