Amazon founder Jeff Bezos said he will donate most of his $124 billion fortune to charitable causes during his lifetime, joining a growing list of billionaire philanthropists who have pledged to give away their wealth before they die, including Bill Gates, Warren Buffett and Bezos’s ex-wife MacKenzie Scott.

Bezos made his pledge during an interview with CNN aired Nov. 12. When asked whether he intends to donate the majority of his wealth within his lifetime, Bezos said: “Yeah, I do.”

The Amazon founder added he and his partner, Lauren Sanchez, were “building the capacity to be able to give away this money.”

Bezos was previously criticized for not giving enough to charity. His largest charitable gift to date is the $10 billion Bezos Earth Fund set up in 2020 to help fight climate change.

In 2021, Bezos launched an annual award called the Bezos Courage and Civility Award to recognize accomplished figures in arts and culture. The award includes a $100 million gift to the recipient intended to be distributed to non-profit organizations over the span of a decade. Last week, Bezos awarded this year’s prize to country music star Dolly Parton.

Bezos, 58, retired as Amazon CEO in 2021 but remains chairman of the company’s board. His fortune, which largely consists of Amazon shares, has contracted 34 percent this year as Amazon stock fell, according to Bloomberg Billionaires Index. Bezos is currently the world’s fourth richest person. 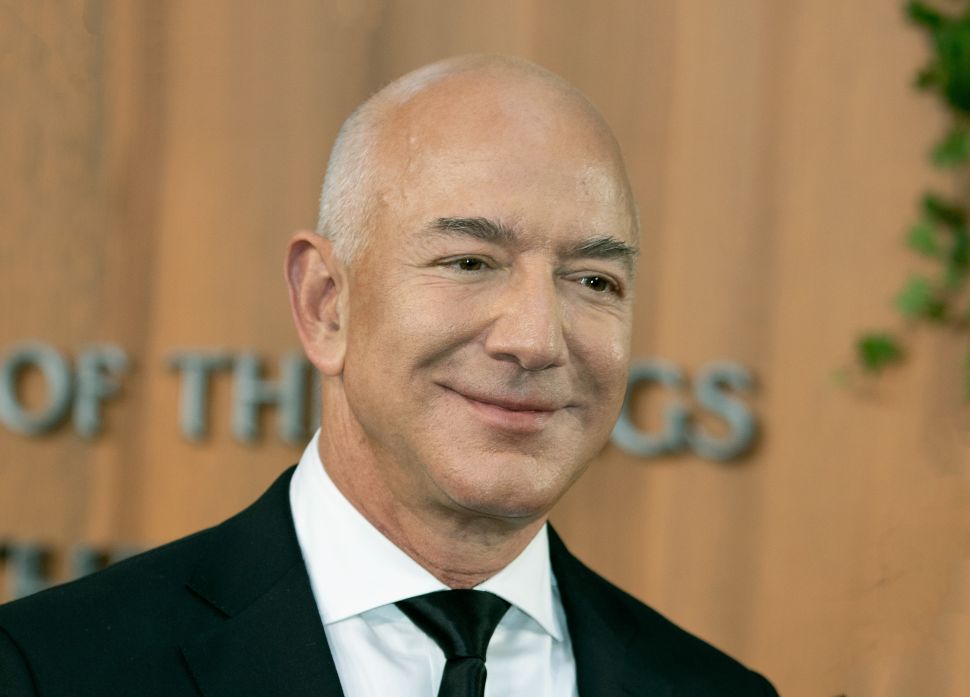