“If you look at all the major competing platforms that have existed—iOS, Android, Windows—Apple stands out,” Zuckerberg said. “It is the only one where one company can control what apps get on the device. I don’t think it’s sustainable or good.” Meta is the parent company of Facebook and Instagram.

In a series of tweets on Nov. 28, Musk, the new CEO of Twitter, said Apple had threatened to withhold Twitter from its App Store but wouldn’t tell him why. “What’s going on here @tim_cook?” Musk tweeted at Apple CEO Tim Cook. Cook hasn’t publicly responded to Musk’s question.

Apple charges a commission of up to 30 percent on purchases made  on applications sold through the App Store and has the sole power in deciding what apps are allowed on the platform and what’s not.

Zuckerberg said many companies selling apps through Apple’s App Store are also competitors with the iPhone maker. “The fact that companies have to deliver their apps exclusively from platforms controlled by competitors — there is a conflict of interest there,” Zuckerberg said at today’s event. 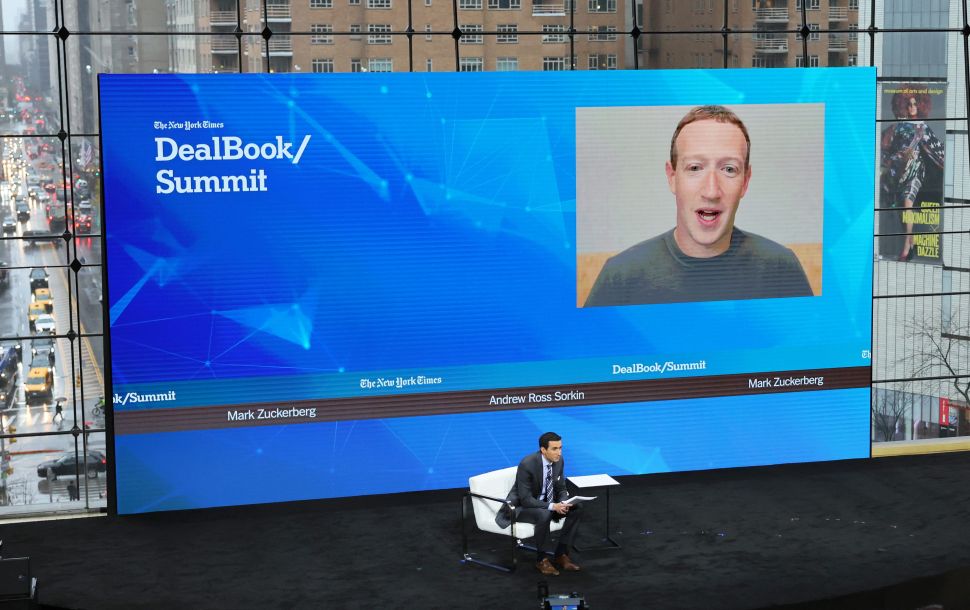