Maxwell Frost, the first member of Generation Z elected to Congress, said young Americans are uniquely attuned to the role unions can play in advocating for improvements to health care, housing, and wages. Frost, 25, who drove for Uber this summer while campaigning and has supported efforts to organize Starbucks locations in central Florida, said he is acutely aware of the financial pressures felt by new graduates.

“For people to live a good life, they have to have the resources that they need,” Frost said. “We see that organizing the workplace is such an integral part of that. And that’s why you see so many young people being involved with unionization efforts across the country.”

Frost spoke after an appearance at the Brooklyn Museum Nov. 12, where he spoke on a panel about the recent midterm elections hosted by The Meteor before fielding a steady stream of selfie, TikTok, and media requests. The Democrat won his race last week to represent Florida’s 10th congressional district, which includes Orlando. Frost served as the national organizing director for March For Our Lives, a student-led movement to prevent gun violence, before quitting his job to run for Congress. He’ll be the youngest U.S. representative when he takes office, serving in a chamber where lawmakers averaged 58 years old as of September.

Approval of labor unions in the U.S. is the highest it’s been since 1965, according to Gallup Polling, and an October report from the progressive Center For American Progress found support for unions was strongest among Gen Zers. Workers who are part of Gen Z—generally defined as those born in 1997 or later—have been at the forefront of organizing campaigns at companies like Starbucks. Earlier this year, a coalition of Gen Z TikTok creators pledged support for the labor movement at Amazon, saying they would halt their partnerships with the retailer until it meets organizers’ demands, citing requests for a $30-an-hour minimum wage, paid breaks, and better medical leave.

“I mean, it’s like, the cool thing, right? It’s like penetrated into the culture of our country,” Frost said. “Bridging the gap between cool and consciousness is very important.”

Frost said campaigning for Congress made him more aware of just how costly running for office can be. After quitting his job he started driving Uber during off-hours to help pay the bills. While Frost is said to have earned votes from some of his passengers, he joked on Saturday that he may have to give the gig up when he gets to Washington. 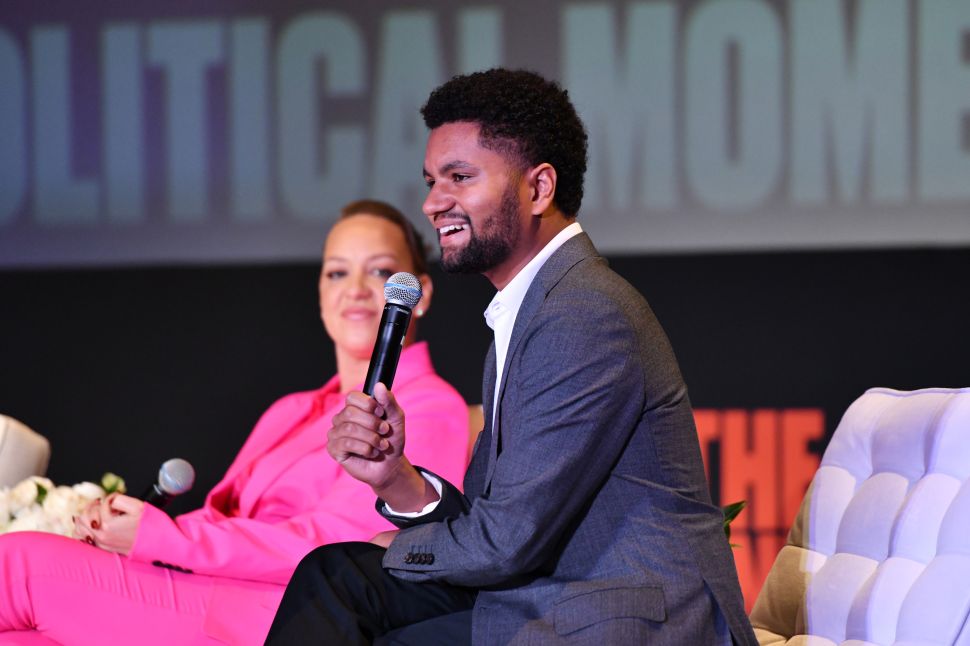