NASA’s repeatedly delayed return-to-the-Moon mission, Artemis I, finally took flight today (Nov. 16). A 322-foot-tall Space Launch System (SLS) rocket carrying an uncrewed capsule blasted off at 1:47 a.m. ET from NASA’s Kennedy Space Center in Florida, paving the way for NASA to fly astronauts to the Moon for the first time since the 1970s.

SLS is the most powerful rocket ever launched, boasting 15 percent more thrust than the Saturn V rocket that sent American astronauts to the Moon in 1969. It’s also the most expensive rocket ever developed, estimated to have cost NASA $23 billion. SLS is tasked with sending a spacecraft called Orion for a four-week journey around the Moon to test its capabilities to carry astronauts in the future.

Orion is expected to fly by the Moon, approaching about 60 miles above the lunar surface, on Nov. 21 and enter a orbit around the Moon on Nov. 25. After orbits, Orion will embark on its return trip to Earth, scheduled to splash down in the Pacific Ocean off the coast of San Diego on Dec. 11, according to NASA.

Today’s launch is the first of a series of missions toward NASA’s goal of establishing a permanent outpost on the Moon. Artemis II, expected to launch in 2024, will follow a similar path as Artemis I but will have astronauts on board.

Artemis I encountered a number of setbacks in previous launch attempts. A persistent issue was leaks during fueling liquid hydrogen into the SLS’s tanks. The rocket experienced similar problems before today’s launch, but NASA managed to fill up the tanks by deploying a group of technicians to make repairs while the rocket is loaded with propellant. 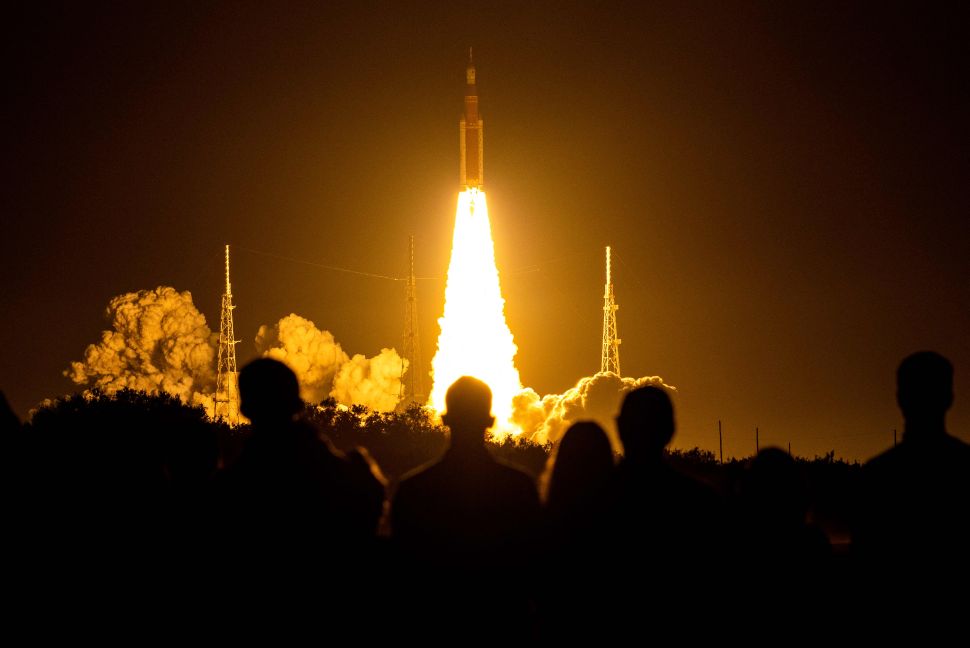