New York is toughening its approach on cryptocurrency regulation, after Governor Kathy Hochul signed one of the most restrictive crypto mining laws in the nation while Attorney General Letitia James urged Congress to prohibit the investment of retirement funds in cryptocurrency.

On Nov. 22, Hochul signed a two-year moratorium on permits issued to fossil fuel-powered and electricity-intensive crypto operations in New York,  a move targeting bitcoin, the only cryptocurrency created with huge amounts of computer power.

Public support for the crypto industry is arguably at its lowest point since the currencies became widespread in the last five years or so. The public breakdown and bankruptcy of FTX, previously one of the largest and most trustworthy crypto exchanges, has exposed their inherent risk as investment vehicles, and the lack of regulation protecting investors.

The bill, which won’t impact pre-existing crypto mining facilities, will also require a study conducted by the Department of Environmental Conservation on the environmental impact of these operations. Bitcoin mining requires the use of powerful computers to solve complicated algorithms — the annual global production of bitcoin consumes more annual energy than the entire nation of Belgium.

“It is the first of its kind in the country and a key step for New York as we work to address the global climate crisis,” wrote Hochul in a memo accompanying the signed bill.

The bill, which passed New York’s State Assembly in April and was approved by the State Senate in June, has been supported by environmental groups concerned about the electricity consumption of bitcoin mining.

“Governor Hochul did the right thing by putting real New Yorkers over the failing outside speculators who choose not to mine crypto in more efficient ways that don’t destroy the climate, environment, and local economies,” said Yvonne Taylor, vice president of Seneca Lake Guardian, a local environmental group, in a statement.

Crypto companies have argued against enhanced restrictions the law would place on the industry. The Chamber of Digital Commerce, a crypto advocacy organization, was “severely disappointed” by Hochul’s decision, tweeted the group.

James pointed to the downfall of FTX and Sam Bankman-Fried, its former CEO, when urging Congress to restrict investment options in crypto in a Nov. 22 letter. “Tellingly, Mr. Bankman-Fried once described parts of the crypto industry in much the same way one would describe an ordinary Ponzi scheme,” wrote James, after asking Congress to pass legislation prohibiting cryptocurrency from being purchased with retirement funds.

“Investing Americans’ hard-earned retirement funds in crashing cryptocurrencies could wipe away a lifetime’s worth of hard work,” said James in a statement. “Over and over again, we have seen the dangers and pitfalls of cryptocurrencies and the wild swings in these funds.” 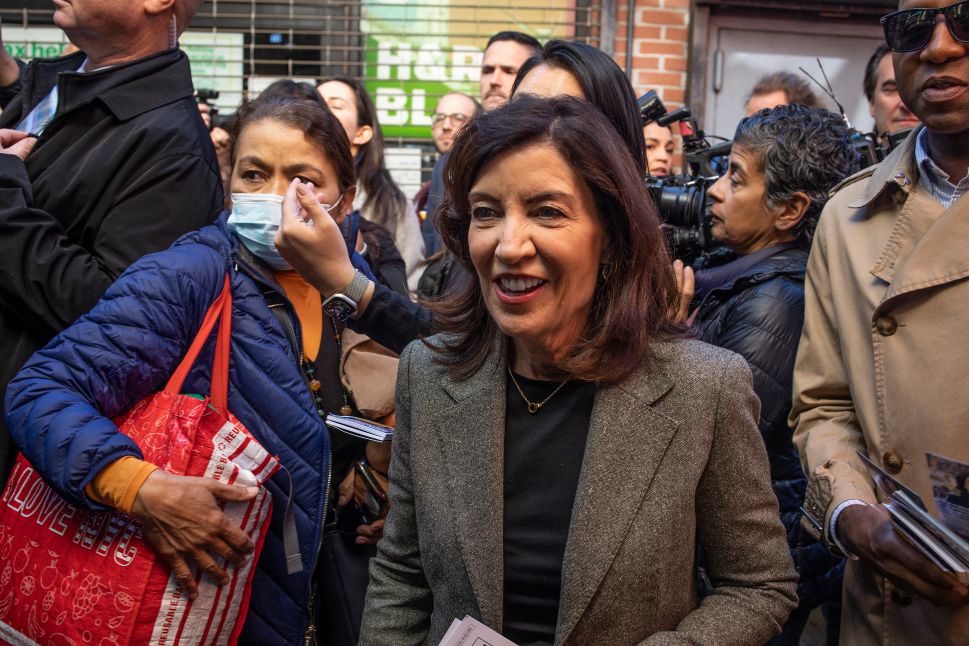